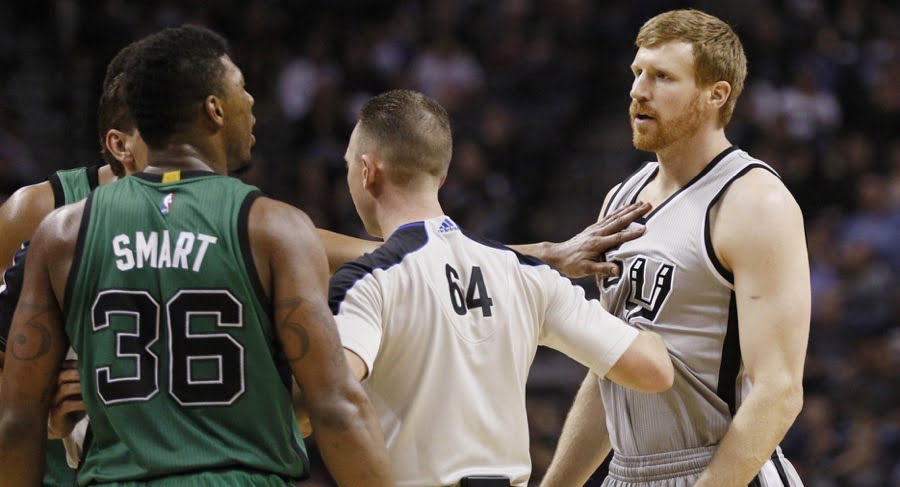 Marcus Smart unintentionally punched a man in the penis on Friday. (USATSI)

Marcus Smart punched Matt Bonner in the balls on Friday night in San Antonio and then said he didn’t mean to because what else would expect him to say?

“Like every other play, I was trying to get through a screen,” said Smart (who was ejected) to Mass Live. “He screened me…and I tried to fight through it.

“(Baynes) had his arms up high, we locked arms, and the way he hit me threw my body back, so it forced my momentum to come forward.

“(Bonner) just happened to jump in the way as I was trying to rip through and rip up, and he got caught. Like I told him, I wasn’t trying to intentionally do it because if I was, obviously, he wouldn’t have came at me the way he did. It was just a freak accident.”

“Like I told him, I was like, if I hit you in your nuts on purpose, err, you know, your privates, you wouldn’t be in my face. I was like, it wasn’t intentional.

“And that’s what I told him. I wasn’t trying to. I didn’t even know I did. … But he just kept coming to my face.

“And as a player, and as a man, at that point you know you’re going to have to stand up for yourself. So as he got close to my face, I stayed in. I had to stand up for myself.”

Brad Stevens, your thoughts? “From my standpoint, it looks like an unacceptable play. You can’t do that. Simple as that.”