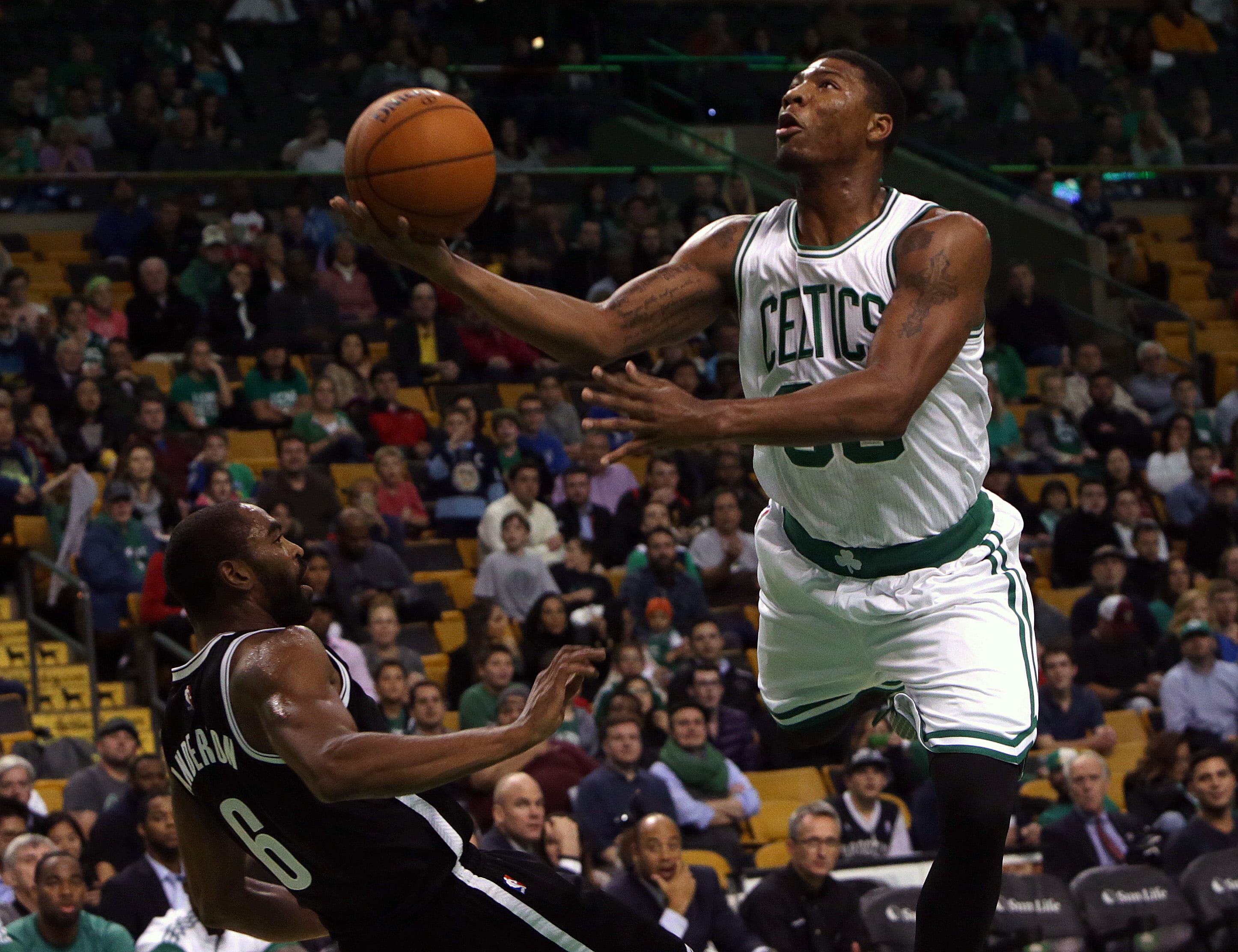 Marcus Smart debuted in the NBA on Wednesday night (against none other than Markel Brown) and had about as perfect a stat line as you can expect from Marcus Smart.

Not too many shots (although that four three-pointers taken is still far too high) but a +/- of 20, two assists, four steals, and two boards? That’s as Smart as it gets.

Brad Stevens was pleased too.

Stevens: "Marcus Smart is an impactful guy defensively. He got his hands on a bunch of balls… What separates him are the intangibles."

“Got his hands on a bunch of balls.”

He wasn’t the only one. Kevin Garnett told Boston.com that Smart impressed him.

“The [Smart] kid is very impressive,” Garnett noted. “This is my first time seeing him live, playing against him and stuff. He and Rondo and Avery, that’s going to be a tandem. I can’t wait to watch some of the games. They played great tonight. They seemed to have a nice chemistry together. I hope they can be consistent with that.”

Smart was always going to be a great defender in the NBA — I’m just slightly concerned that he and Rondo are both “can’t shoot” point guards. One of those on a team seems like enough.

Still, I’m fascinated to see how this plays out for Smart. What position will he play? Can he and Rondo co-exist? Will this record fall?

So are there odds on if @smart_MS3 can beat Dudley Bradley's rookie record of 211 steals in a season? #okstate #celtics

Oh, and of course a flopping GIF for old times’ sake!