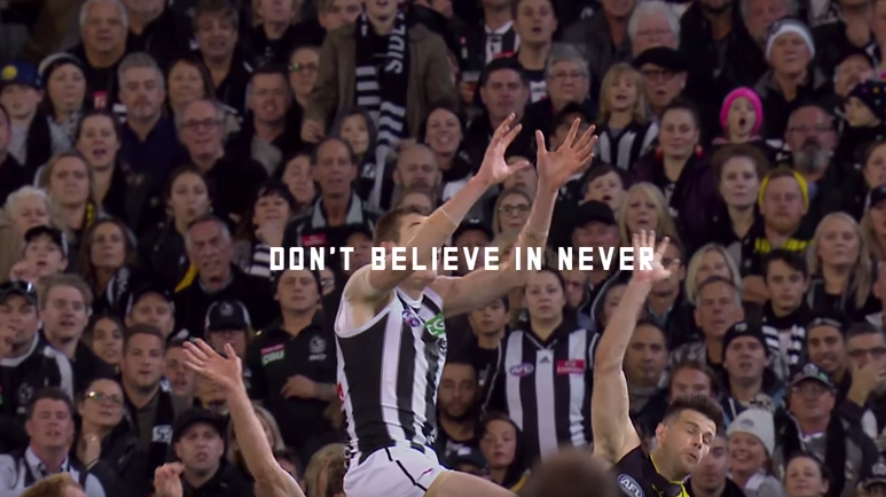 The Mason Cox Story is pretty well known by now, but this video recapping the last few years of Mason’s journey is spectacular. From women’s practice squad in Stillwater (holler) to cult hero in Melbourne, I enjoyed the entire thing.

Some highlights included him recounting what he was thinking as he boarded a plane from the U.S. over to Australia.

“I remember getting on the plane, and I thought, ‘What have I just done?’ he said. ‘I’ve just given up five years of hard work and thousands of dollars of education to go play a sport I’ve never heard of in a place I’ve never been with no friends or family in Melbourne.'”

The best quote from a Collingwood head coach Nathan Buckley about Mason’s monster match against Essendon on Anzac Day in 2016.

The story gets worse (and then better) from there and culminates with the 2018 prelim final against Richmond in which Mason stars. It’s an awesome story from a great dude about perseverance, aptitude and one of the strangest journeys any OSU athlete has ever taken.