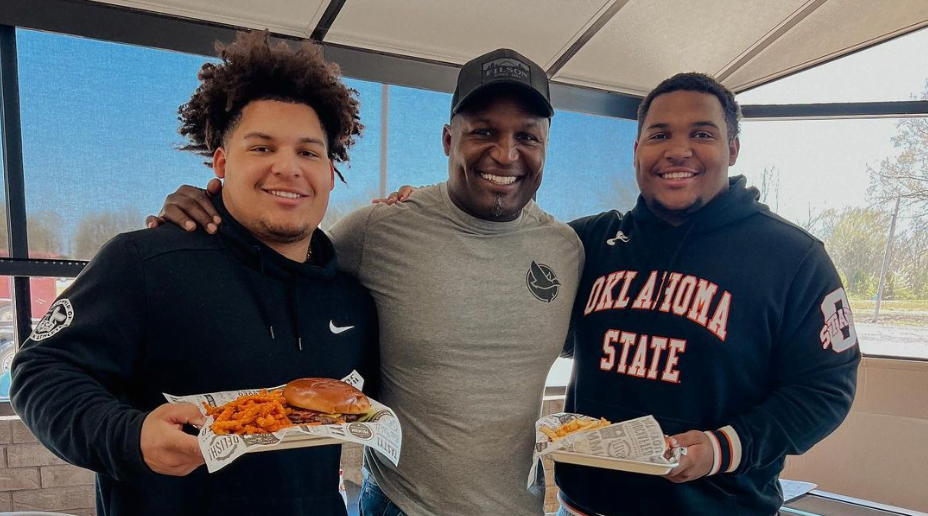 The last of our four-part series introducing you to the new transfers (excluding junior college signees) for the 2022 recruiting class is today, and it’s a good one because I come bearing a two-fer: brothers Solomon and Elijah Wright. The sons of former OSU star Kenyatta Wright come to OSU via Arkansas and UCO, respectively. Here’s what you need to know about them entering the 2022 season.

Solomon Wright came to OSU after spending one season at Arkansas. He was the No. 11 prospect in the state of Oklahoma in the 2021 cycle out of Vian, Oklahoma, who garnered offers from Texas Tech, Arkansas, OSU, Iowa State, Kansas and others. OSU was one of his first offers all the way back in 2019, but it’s believed the coaching staff did not fully pursue him in the months and years that followed. He committed to Texas Tech before ultimately landing with the Razorbacks.

Elijah Wright spent the last two seasons at UCO. He reported offers from Northern Iowa, Army, Dartmouth and others coming out of high school in Vian in 2020 as an unranked prospect.

What was their high school pedigrees?

As a borderline top 10 player in the state of Oklahoma, Solomon Wright was regarded as a three-star talent in the 247Sports Composite and the No. 778 overall player in the class. 247Sports rated him quite a bit higher with an 89 grade, one point shy of a four-star grade (making him the highest-possible three-star you can be). Elijah was unranked.

That’s right. Solomon and Elijah Wright are the sons of the Kenyatta Wright — one of the most talented Cowboys of the 1990s. He was a two-time All-Big 12 performer in 1997 and 1998 and four-year starter. Wright went undrafted in 2000 but carved out a nice career for himself with the Buffalo Bills and New York Jets.

Both brothers are walk-on transfers who project as quality depth pieces. (At linebacker for Elijah and at defensive tackle for Solomon.) It’s unlikely they play substantial snaps in 2022 but their pedigree and high school production portend well for their futures at OSU.