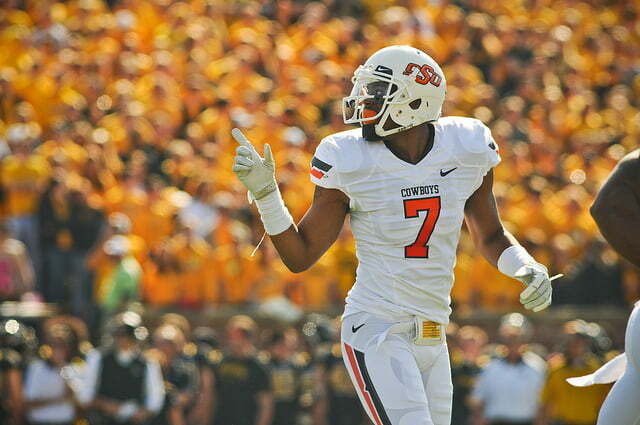 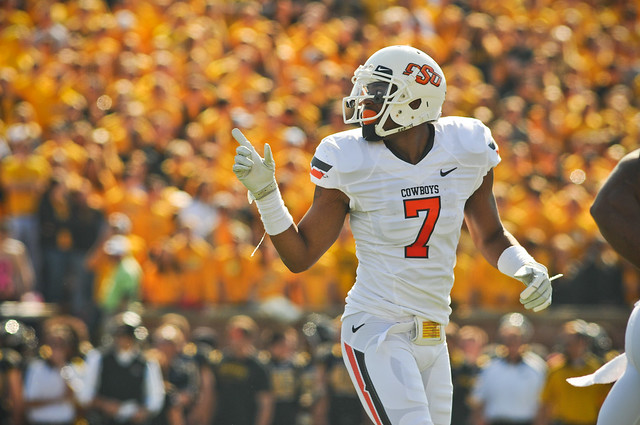 I wrote before the season started that I thought Michael Harrison would be one of the fifteen most important people to an Oklahoma State title run this year. Clearly I was a bit off as I thought he could slide into the #3 WR role behind Blackmon and Cooper and he has to this point only totaled 15 catches for 207 yards, good for 5th best on the team.

That all changed in Columbia last Saturday when Hubert Anyiam went down (again) and Todd Monken went all “Texas QB situation” on us and said Harrison and Isaiah Anderson would both help fill his spot:

They’ll be kind of a two-headed monster over there and we’ll try to get the most out of both of them.

You can pretty easily (okay, maybe not easily) do that too. Anyiam was averaging fewer yards per catch than Harrison and had the same amount of TDs as Anderson. I think I’m actually more surprised Harrison isn’t just getting the nod straight up as the new “X” receiver with the way Monken gushes about him:

He might be the best after-the-catch guy that we’ve got; he’s just not as fast as Blackmon. (Harrison) can’t separate. He may not be as quick, but in terms of strength – and Black will be bummed that I said that – Michael Harrison is a bear to bring down.

Long-time and part-time contributor, Brett Myles, made an interesting point the other day in my 10 thoughts on Missouri piece when he wondered aloud if Harrison reminded anyone else of Dez.

That would get you a week of the Weeden machine from 10 feet away with no gloves in some circles, but I have to admit…he kind of does. Now he’s not going to go out and house punts and generally affect the resting heart rate of most Cowboys fans, but even Monken acknowledges Harrison has been an underused special talent:

That’s probably poor on my part, not throwing it to him more short and seeing if [defenders] can [take him down]. He’s really good at that.

And he’s pretty good at everything else. Yes, Isaiah Anderson will start, but it feels like we know what we’re getting from him: an undersized receiver who will be consistent and maybe hit a home run every once in a while, but little else.

Harrison though? I’m not sure where that ceiling is. Heck, I’m not sure he knows where his ceiling is. And for the Cowboys to go five straight he’s going to have to play a prominent role, one I’m confident will exceed the expectations of everyone watching.

Not that, at this point, that’s very difficult to do.