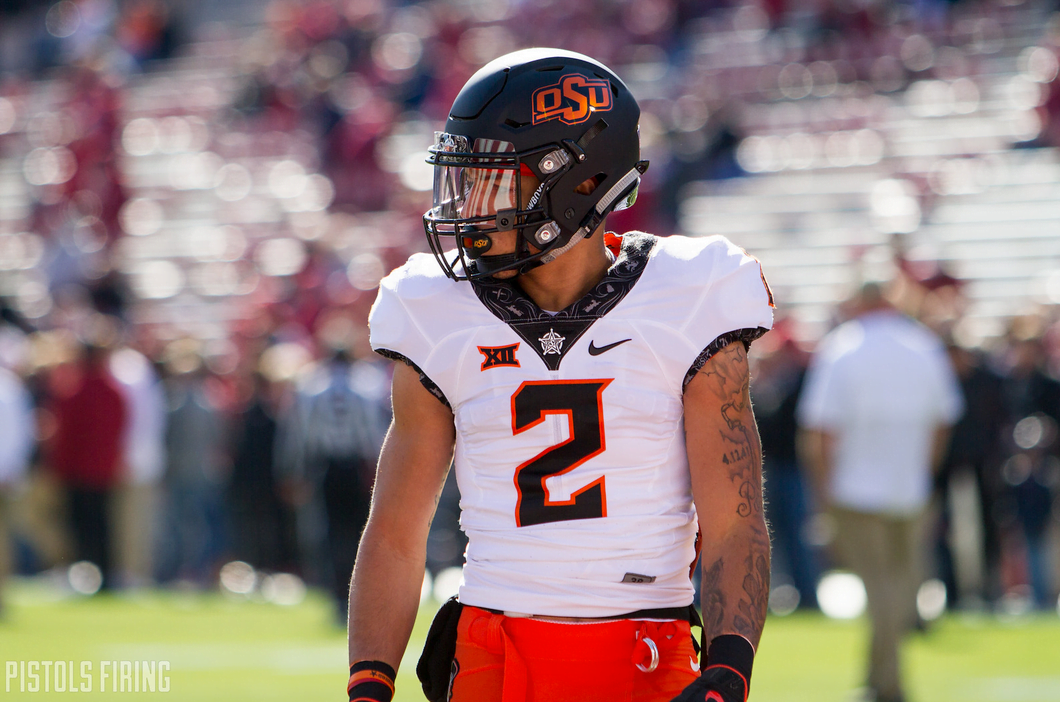 In the world of way-too-early NFL mock draft projections, Tylan Wallace, OSU’s rising junior receiver, has gotten some deserved (and unsurprising) buzz for 2020.

Coming off a breakout sophomore season in which he was a Biletnikoff finalist, a stat monster and a paydirt-finding machine, this should be no surprise. But is it possible he could go from breakout candidate in 2018 to star in 2019 to … gone? Based off early projections, it certainly seems feasible.

Matt Miller of Bleacher Report recently released his way-too-early Big Board for the 2020 NFL draft and in it he has Wallace, who will be draft eligible after the 2019 season, as a top-10 player at his position. Seventh, in fact, ahead of another Big 12 standout and behind two Alabama pass-catchers.

Being the seventh-best receiver in the draft could mean different things. Dependent upon how each graded out, it’s possible (unlikely, but possible!) that Tylan could be a first round pick if NFL teams made a run at the position. More likely, he’d land somewhere in the second or third round.

Getting a late-second round grade after his junior season wouldn’t make Tylan a surefire lock to leave OSU and forgo his eligibility, but it’d almost certainly make him think. According to most data available, the total value of a contract for players drafted in the 49-64 range can be nearly $6 million. For picks 42-48, that number is nearly $7 million with a signing bonus that can reach a couple million alone.

If he puts up another monster season like he did in 2018, I’d be shocked at two things. The first would be him staying — if he brings down ~90 receptions and ~1,500 yards, you just have to go. And the second thing that would shock me is that he’d wind up slipping deep into the second round. If he’s able to have the same success this season I’d find it hard to believe there are actually six receivers NFL teams would prefer to have before him.