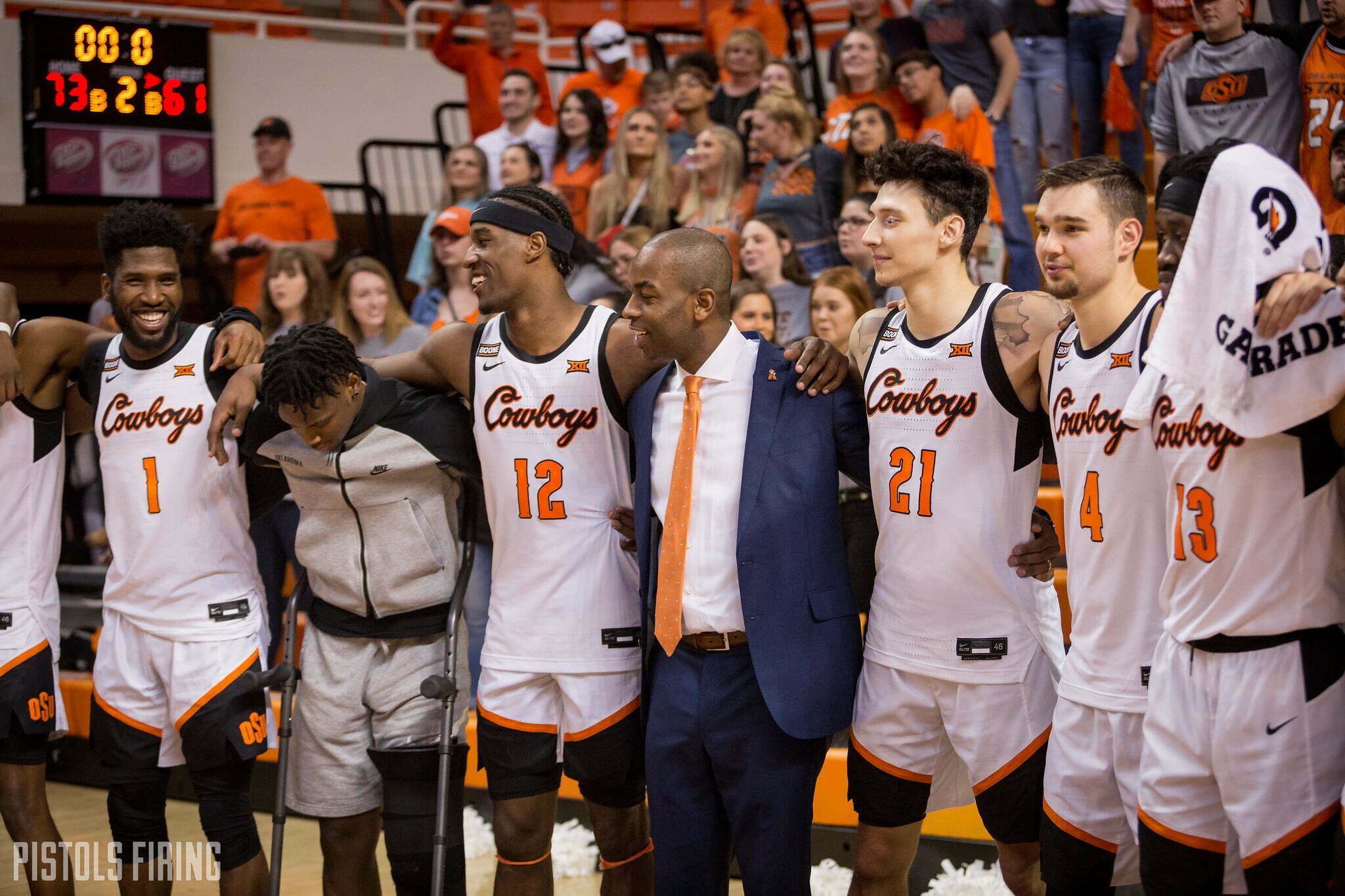 Mike Boynton said he could take someone to the exact spot he took his South Carolina jersey off for the last time, but his seniors might not have had the opportunity to take that moment in.

Boynton and the Gamecocks lost to Memphis 59-43 in the 2004 NCAA Tournament in Boynton’s senior season in Kemper Arena in Kansas City. Boynton’s 2019-20 seniors might have also finished their careers in KC, but when they took the cursive Cowboy jersey off after their 72-71 win against Iowa State on Wednesday, Cameron McGriff, Lindy Waters and Thomas Dziagwa didn’t know it was over.

“I wanted them to be able to write the end of this story, and in many ways I feel like that was the thing they were robbed of, of at least being able to have a tangible impact on how their careers came to an end,” Boynton said. “That’s the thing that will probably stick with me for a while is they didn’t get a chance to be beat for their careers to end.”

The team met Thursday morning to watch some film and gameplan against Kansas before breakfast. After breakfast, Boynton went to his hotel room to get ready when he got a call from athletic director Mike Holder telling him the tournament was no more.

The team met about 11 a.m. where Boynton told the team the Big 12 Tournament was over. Boynton drove up to Kansas City with his family, and his way back down to Stillwater news broke that college basketball season as a whole was done.

They had a meeting when everyone got back, where Boynton gave the seniors all the closure he could.

“I didn’t think there was very many things that I could imagine would shut down the NCAA Tournament,” Boynton said. “I was having a hard time even coming up with something short of our country being at war and said war being here on one of our shores. So I certainly never thought that the NCAA Tournament would be shut down, but there are a lot more important things going on out there and the health of our citizens, certainly elderly folks that are ill, but anybody can contract this disease that we don’t have a cure for right now. It’s a vital importance that we get figured out.”

The abrupt ending to the season also brought on- and off-campus recruiting bans for the time being. Recruiting consumes a lot of Boynton’s time away from his current team. Boynton said on his drive from Kansas City back to Stillwater, he spent all the time he could on the phone with recruits and their families about how unknown all this stuff is and that it looked as if primary contact would be via phone for a while.

Four-star guard Donovan Williams had an official visit to Stillwater scheduled for March 20 that has since been canceled. Williams told PFB that he still plans on making the official visit, just at a later date.

“I love sports as much as anybody,” Boynton said. “I don’t know what I’m gonna do for the next couple weeks because unless they’re keeping score, I really don’t even turn my TV on. I’ll get to know what my wife likes to watch on TV I guess over the next couple of weeks until I can resume my normal working activities.”

Boynton and his seniors were able to put the news in some sort of perspective. It’s been a tumultuous past four years in Stillwater. A player has died, there’s been coaching changes and an FBI investigation. Sadly it seems this is just another piece of that puzzle.

“If the worst thing that happens to me is I have to deal with some adversity as a basketball coach, then I’m doing pretty good,” Boynton said. “When I was young, my mom was pregnant with a boy that I thought was going to be my little brother. He was born on Feb. 2, 1987 and never came home from the hospital. So, just to keep things into perspective, this is OK. This is alright.

“I live a pretty fortunate life. I’ve got a tremendous family, a great job that I love to do. I get to spend most of my time around young people who I get a chance to influence.”