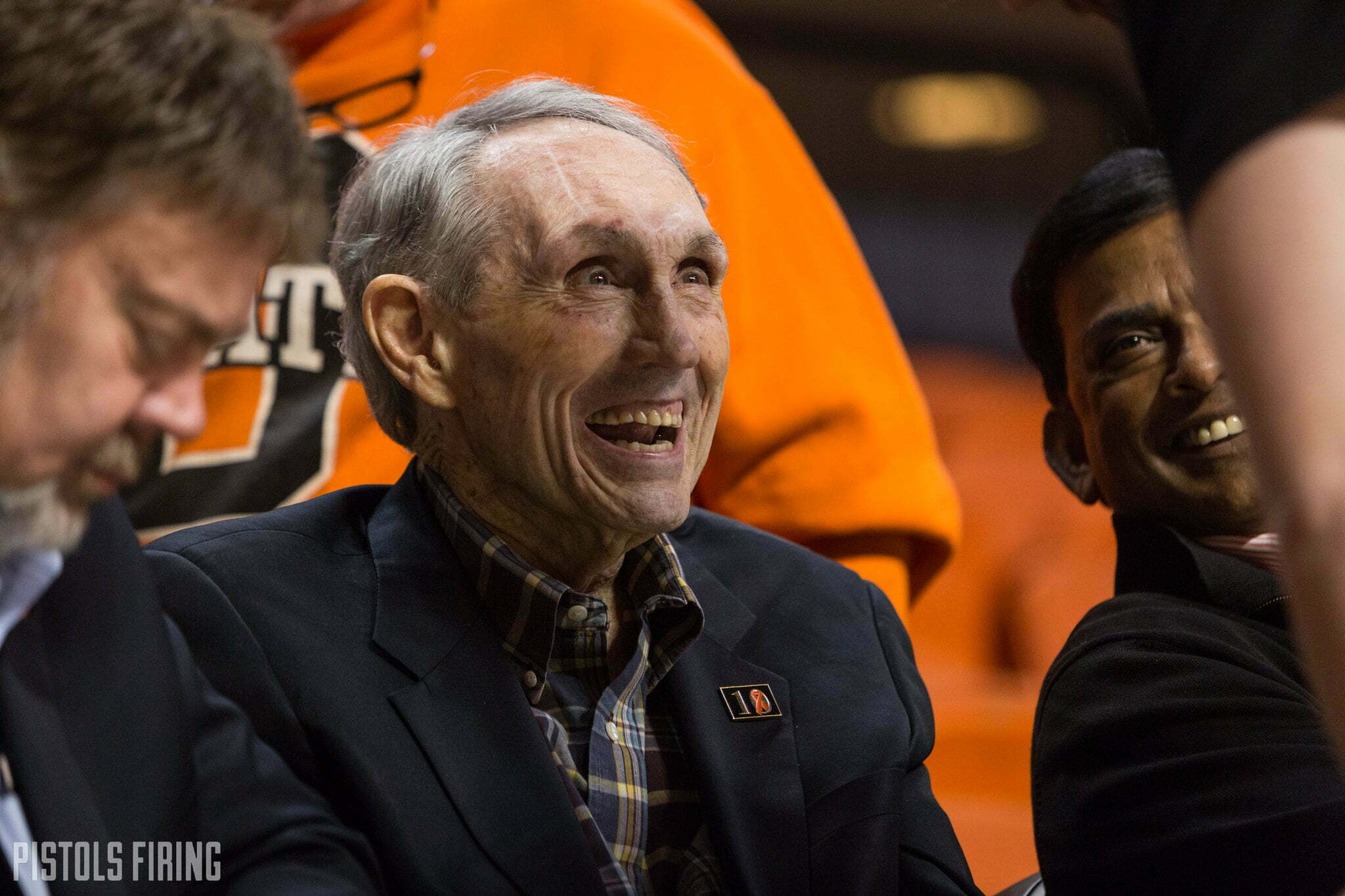 Despite his declining health, Eddie Sutton saw a good amount of Mike Boynton-era Cowboy basketball in the past three seasons.

Boynton was hired as Oklahoma State’s head coach seemingly out of nowhere. He was (is) young, and he wasn’t a true OSU guy when he was hired, having played at South Carolina and coached out east and at Stephen F. Austin.

But none of that stopped one of OSU’s most legendary coaches from showing his support for Boynton. In his first statement since Sutton’s death, Boynton thanked Sutton for what he did for the program and what Sutton did for Boynton.

“Thank you, Coach, for setting the bar in this program, thank you for showing what the word coach really meant, and thank you for your endorsement,” Boynton’s statement read. “No other endorsement or support meant as much … ever! Rest in Heaven.”

All things considered, Sutton made it to a good portion of the Cowboys’ games the past three years. Recently, he was at OSU’s game against Texas Tech where the program honored Sutton’s 1995 Final Four team.

OSU beat the ranked Red Raiders for what was just the Cowboys’ second conference win of the season. Sutton was there, the 1995 team was there, even future Cowboy star Cade Cunningham was part of the 8,424 in attendance that day. I asked Boynton after the game if this was a big win for him personally with so many delegates in the building, and here is what he said.

“This isn’t about me at all,” Boynton said. “It is about those former players and coaches and managers, whoever were here as alumni. It’s about these current players, and in a lot of ways, it’s about our fans way before it’s about me. I don’t know how long I’ll get to do this. I hope I can do it forever, until I can’t coach anymore. I’m just in place for a moment, right? Whatever that moment is, I don’t know. It may be 30 years. My son may play here one day. I don’t know if he’s good enough or not. Maybe he’s just a ball boy or something.

“It’s about the people who put that uniform on and people who pay their money to come watch those kids play hard. I’m just glad to be a part of it.”