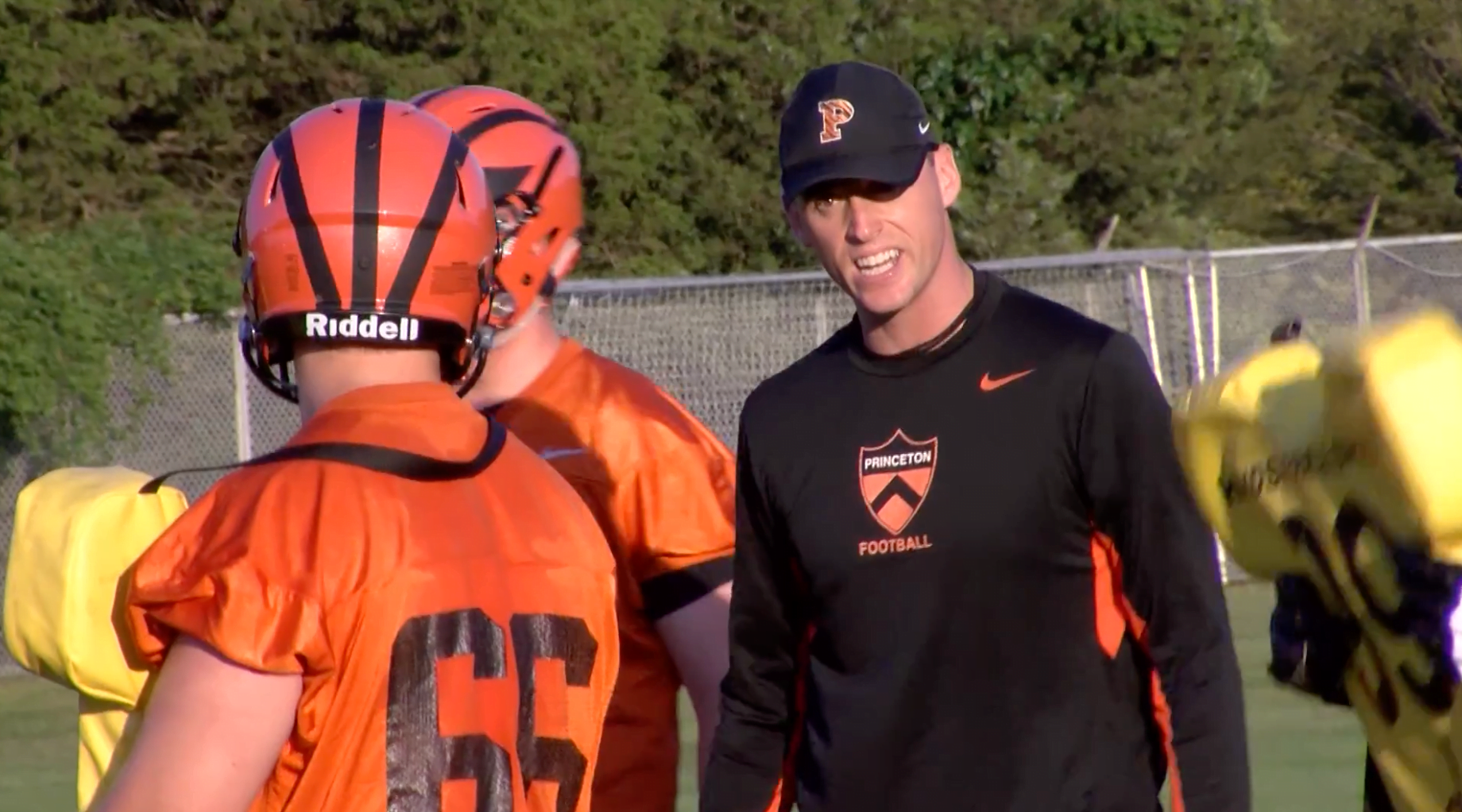 For Mike Gundy, Sean Gleeson represents everything he was looking for in an offensive coordinator — and not just because he was a virtual unknown to the college football layman.

During this week’s Big 12 Media Days, Gundy was asked about his new OC and what he brought to the offense and to Oklahoma State.

“We’re going to run the same system,” said Gundy. “He’s had success, pure drop-back quarterbacks, guys that could run around a little bit, he’s been in 10-personnel, 11-personnel, 12-personnel. He’s played with speed at times.”

We’ve already looked at how, in two seasons of running Princeton’s offense, he had success with both a dual-threat quarterback and a pocket passer, and how he molded his offense to each player’s strengths.

He even has a knack for some flashing playcalling.

Whatever the situation calls for Gleeson seems to be on the same page with his head coach, even if that didn’t meaning installing a brand new offense before Practice 1.

“They have a great foundation here offensively, and I’m doing my best to learn right now what we’ve had in place here has been tremendously successful,” said Gleeson in the spring. “It’s just a matter of soaking it all up and pointing in the right direction and getting organized. I’m going to take the best from everybody.”

There were other draws to Gleeson too. He offered an uncommon combination of youth and expertise — for a candidate that Gundy is unlikely to have replace in two years. That’s the stuff Gundy’s dreams are made of.

“He’s young,” Gundy said. “He’s a good technician with quarterbacks. He’s got a bright personality. He’s good in homes at recruiting quarterbacks. We all know this. You can coach quarterbacks in our conference if you can’t recruit a player to get into our conference and have success you’re not going to be as good of a football coach. I think he brings all that to the table.”

Gleeson has already shown that he plays well in a living room. Just 25 days after wrapping his first round of spring practices, he had secured longtime Pokes target, four-star Cali QB Shane Illingworth.

With his track record for getting the most from his QBs, I’m excited to see what he can do with a stable of passers in Spencer Sanders, Dru Brown and Brendan Costello that probably look like thoroughbreds compared to the talent he coached at the Ivy League level.

“He’s worked well with our staff and they’ve taken him in and worked together and I think he’s going to do very well,” Gundy continued.

We haven’t been permitted to hear from any of the quarterbacks currently on OSU’s roster, but he made a quick impression on a couple of his top playmakers.

“It’s really nice,” said Tylan Wallace. “He came in with high intensity. He is a really high-intensity guy. Nothing has changed too much, he seems to know what he is doing, and we will get along great.”

Offensive success has become the norm in Stillwater. The last three OCs before him turned in top 15 scoring offenses in their first years, so Gleeson’s got his work cut out for him and some big shoes to fill.

But as of right now, in mid-July, Sean Gleeson and Mike Gundy seem like a match made in heaven.