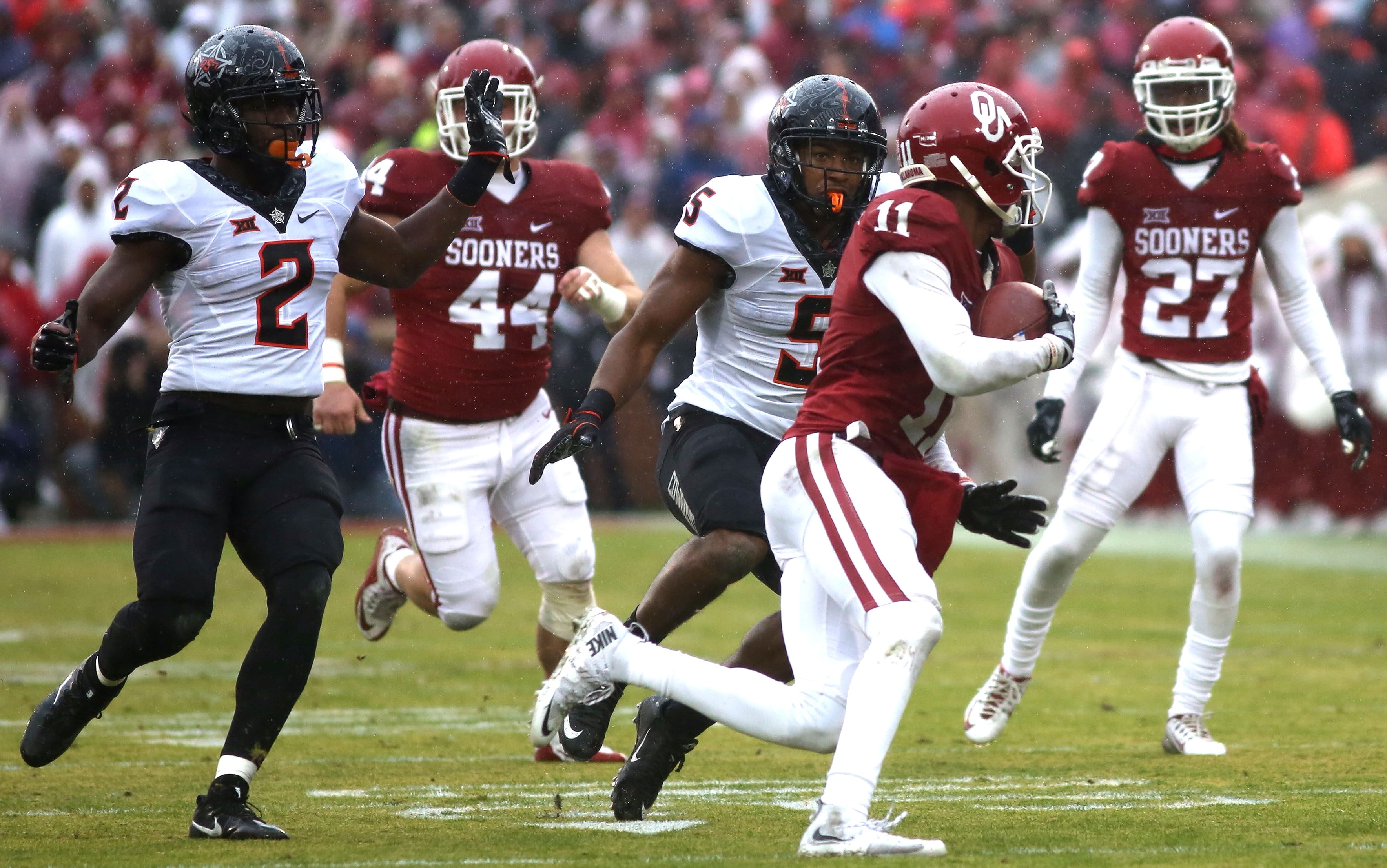 Mike Gundy has won and won big in Stillwater, Oklahoma. At Oklahoma State. It has been a thrill to watch for anyone who grew up watching Nathan Simmons grind out 1-yard dives.

Would I have liked it if he’d won more Big 12 titles? Yes I would. Has he been a poor recruiter over the last five years compared to OSU’s record? Yes he has. We will discuss those things more in-depth later on, but I wanted to look at something he said in last week’s press conference real quick.

“I think the biggest challenge [at Oklahoma State] was to convince people that we could win here without cheating and sustain that for a long period of time – that was first,” said Gundy on Thursday. “Then secondly, the challenge is to not try to put ourselves in a position or make us something that we’re really not and stay within our box as a coaching staff.”

This is not the first time Gundy has said something like this. He said it before Bedlam, too.

“For me, there’s not a lot more that I think about than what we can do to be successful tomorrow. But, I do get satisfaction in knowing that we have changed the thought process and the mental approach or the outlook for the Oklahoma State fans that have watched us for years and years. You can make comparisons, but I think what’s happened here is about as impressive as anything that’s happened anywhere in the country in the last ten years.”

All of this is true, of course, and I’m glad it is. Gundy being good at his job has been fun to watch as a fan and is (in many ways) one of the biggest reasons this blog even exists.

I’m not sure how I feel about his second statement, though. The challenge is to not try to put ourselves in a position or make us something that we’re really not.

At face value, I dig it. I think it’s smart. I think not enough leaders think like this. But then I remember all those Bedlam games. All the ones that could have gone OSU’s way if Gundy would done a couple of things differently. How do you “stay in your box” while figuring out the OU Rubik’s Cube?

I’m fine with erring on being who you are. The difficult part is figuring out how to climb another rung when you’ve already hit your natural ceiling. By definition, you have to become something you’re not to keep progressing forward. You have to shed the exoskeleton and transform yourself into a newer, better version.

Only the top 5-10 programs don’t have to do this. They currently conduct their business in a way that translates into playing for national titles. Maybe Gundy never cares to take that next leap from being a Tier 2 school into being a Tier 1. Maybe that’s OK. I will say this though … It’s a bitter medicine to swallow come Thanksgiving every year.

Bedlam is a constant reminder that, yes, OSU has become what Mike Gundy thinks it has been all along.