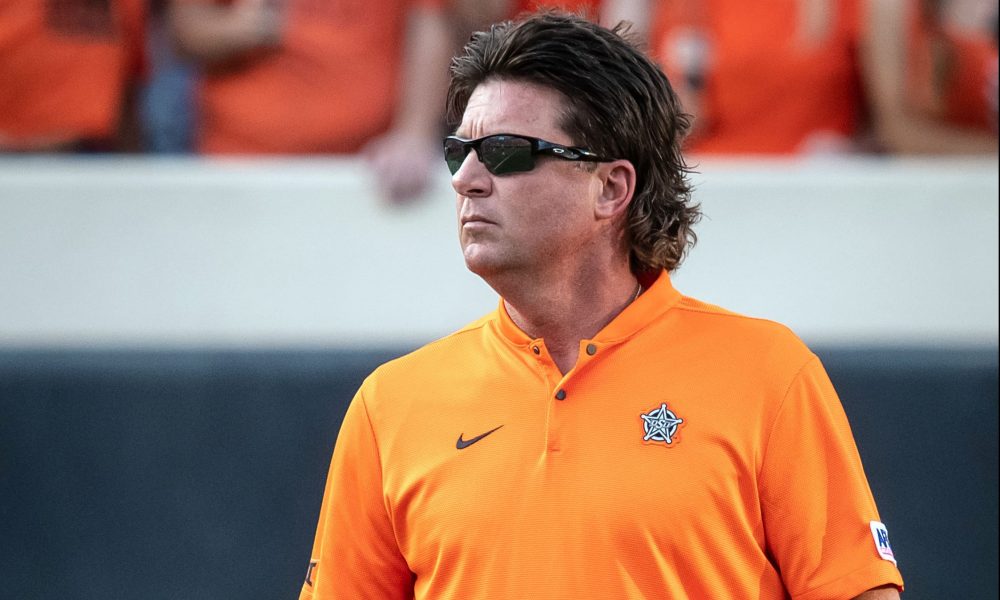 Every once in a blue moon, Mike Gundy lets his hair down, free of butch wax, and reminiscences about the past that some reporter coaxes him into using for on-the-record material. The latest example is ESPN’s Chris Low, who was rewarded by boldly going there about the sliding doors moment of the 2011 college football season: what would have happened if Quinn Sharp’s kick was good? Or, for that matter, what if OSU had a couple more percentage points in the BCS system and played for the natty?

“We would have played LSU and won,” Gundy told ESPN.

“They were an overload-the-box, man-to-man team on defense, and you could not play our team in man that year,” he added. “We were too good. That still bothers me, that we didn’t get a shot. And if the system was set up like it is now, we would have been in the playoff. I guess those things don’t drive me as much. I love for our kids to have success, don’t get me wrong. But I don’t dwell on it like I used to.”

2011 was the closest Gundy’s come to a national title, and it may be the closest he’ll ever get. Weeden2Blackmon was lightning in a bottle, that defense had dudes everywhere. Talent wise, it may never be that good.

“Talent-wise, are we going to have Top 25 teams every year from a pure talent perspective?” Gundy said. “Probably not, but we can still win a lot of games and we have won a lot of games.”