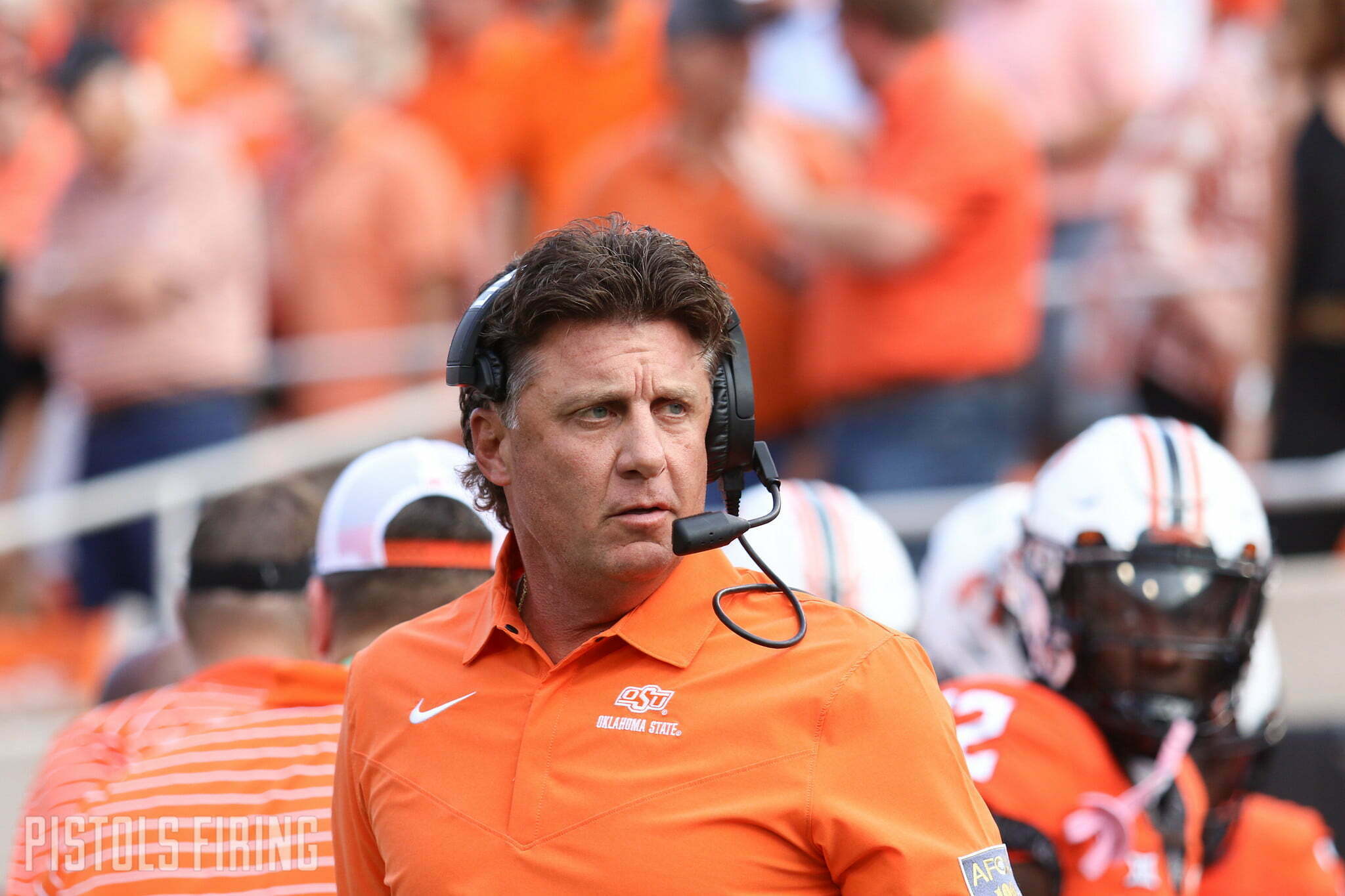 In 2016, Oklahoma State lost in a stunning last-play, untimed Hail Mary! to Central Michigan in what may very well go down as Mike Gundy’s worst-ever loss as OSU’s head coach. But on Thursday, six years all the wiser and armed with experience, a better team and a more luscious set of locks than ever, Gundy got the best of the visiting Chippewas to notch career win No. 150 as OSU opened its season with a 58-44 win, giving him an equally memorable (this time in a good way!) moment to take home from the MAC squad.

Gundy took over the OSU job in 2005 and has built out one of the Big 12’s most consistent competitors and a perennial top-15 program. The win makes him just the fourth active FBS coach with 150 or more wins at his current school, joining elite company comprised only of legends in Nick Saban, Dabo Swinney and Kirk Ferentz. (OK, two of the other three are legends.) With a career 150-69 record, he becomes just the 65th coach in history and the seventh active head coach with at least 150 wins while coaching in major college football.

Before Gundy arrived on the scene a spry, young and promising head coach, OSU’s last 150 wins combined were spread out of a 26-year period. That spanned the entire tenures of Jimmy Johnson, Pat Jones, Bob Simmons and Les Miles. Gundy did it in the first game of his 18th season as OSU’s head coach.

There is no debate that Gundy is the most successful head coach in OSU football history — that has not been in dispute for quite some time, I’d argue. But while his 150 wins are most all-time from an OSU football coach, his win percentage of 68.5% is actually second all-time, trailing Pappy Waldorf, who was 34-10-7 in his tenure. (Ties count as half-wins. I don’t make the rules.)

Having just turned 55 years old, Gundy has both incredible success, longevity and a long future ahead of him at his alma mater should he choose. He could easily reach 200 or 250 wins if he wanted. And while he’s not close to putting a timetable on how long he’ll remain OSU’s head coach, he said recently that he feels as fresh as ever, adding that he could envision sticking around for another decade or more.

“Knock on wood, I feel better now than I have in years and years here,” he said. “I’m thinking way down the line. I mean, I thought one time at 65 about checking in. I don’t see that happening now if I feel good.”