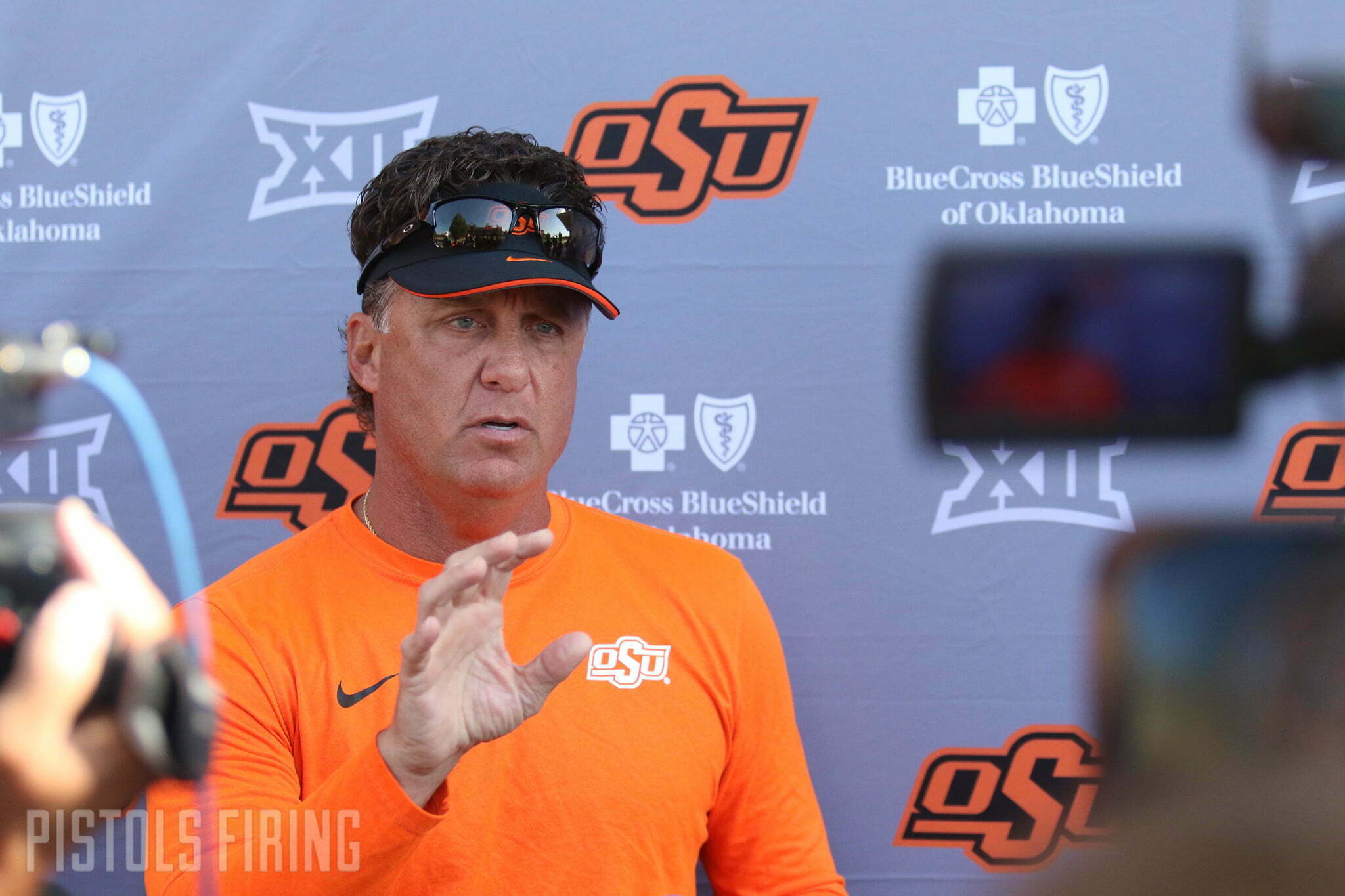 A week before the start of his 18th season as Oklahoma State’s head football coach (and one week after showing off his one-armed pushup form), Mike Gundy says he’s feeling as good as he has in years.

And who could blame him?

OSU is coming off its first Big 12 Championship appearance and returns a loaded defense, a fourth-year starter and all-conference honoree at quarterback and skill talent in oodles.

Earlier this month, Gundy turned 55 — that’s A Man plus 15 years — and he’s not opposed to going at least another decade if things continue at this clip.

Gundy’s been building a monster in Stillwater for nearly two decades and turned OSU football into a perennial Big 12 threat and a national brand. He’s gone from an exciting, young (and headstrong) head coach to a polished CEO. On the precipice of a milestone 150 career wins, Gundy pointed to continued strong leadership with the likes of university president Dr. Kayse Shrum and athletic director Chad Weiberg and others for his confidence in the program moving forward.

“We’re all tugging one direction now,” said Gundy. “And to try to build this to where at some point somebody’s going to take it over, and it’s gonna be a hell of a job. That’s my goal right now, not necessarily the one more win. But I’d like to win Thursday, I’m gonna be honest with you.”

That monster is fed by forward-thinking and innovation, something Gundy’s become known for in a niche kind of way around college football circles. But that also means that the monster is also a well-oiled machine.

“I hope so. I mean, I want to stay healthy,” said Gundy about coaching into his golden years. “I mean, I feel good. We have a big staff now. I don’t really do anything anymore. Honestly, I don’t. Gage, my 17-year-old, he comes in all the time and he sees me in my desk, usually, I’m thinking, and he says, ‘You don’t do anything. What do you do? You just sit there.’ And I say, ‘Well, believe it or not, they pay me to think, so I’m thinking.’

“Our staffs are so big now that everybody has responsibility and not many coaches leave us because it’s a great place to live and I’m a great person to work for, so I don’t really have to do much. Like, I could not have a staff meeting for a week and the thing would flow like normal. It wasn’t that way for 10 years for two reasons. One, I was out of control, and I was all over the place bouncing everywhere. And two, we had coaches leaving all the time. Then Coach (Mike) Holder said, ‘Hey, we’re stopping this. We’re doing long-term assistant coaches contracts,’ when nobody in the country did it. We were a trendsetter there. We stopped coaches leaving, except for (Joe) Wickline. Then coaches stay, place runs itself now.”

Seven 10-win seasons. Sixteen-straight bowl appearances. He’s ninth all-time in bowl wins. When he took the reins, OSU had averaged 4.8 wins per season over its first 91 years. He’s averaged 8.7 in his 17.

If the Cowboys start out 2022 with a W, Gundy will reach another milestone with career win No. 150. (He’s already ranked fifth among active FBS coaches). But he’s more focused on the long-term health of his program than his individual victory total.

“I really haven’t [thought about the 150th win],” said Gundy. “We’ve been very fortunate here to have a lot of success. Knock on wood, I feel better now than I have in years and years here. I’m thinking way down the line. I mean, I thought one time at 65 about checking in. I don’t see that happening now if I feel good.”