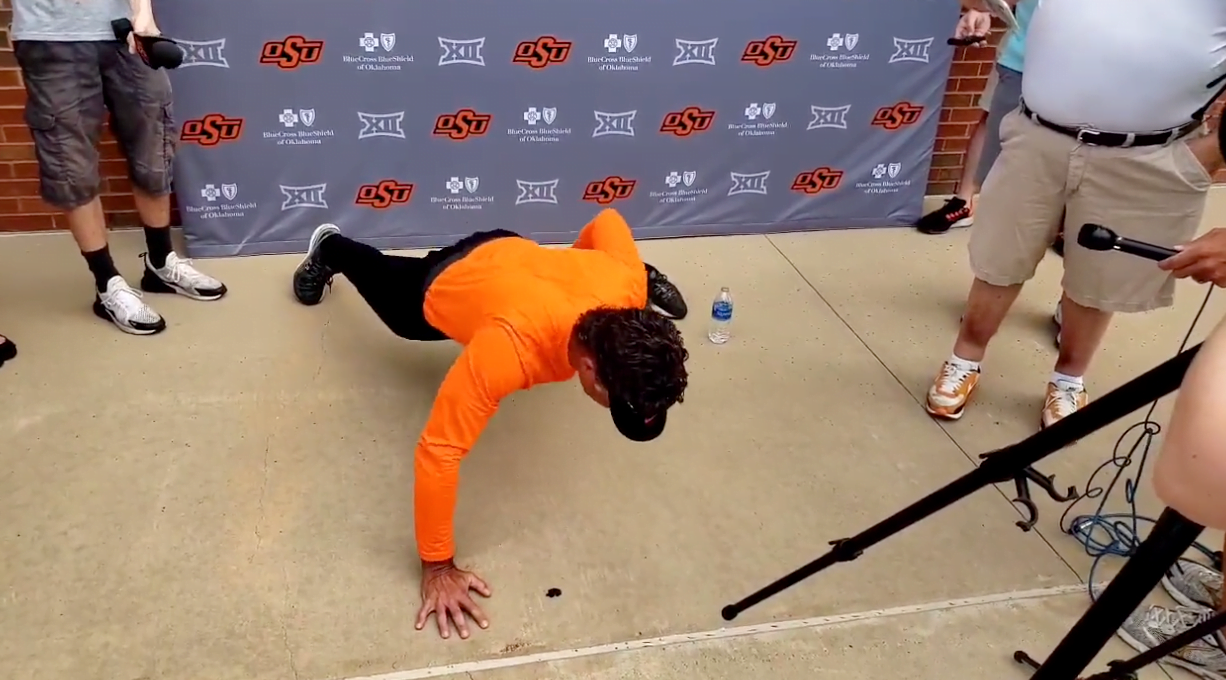 Mike Gundy broke out his now-famous one-handed pushups on Thursday at his weekly press availability in front of a cadre of reporters … because of course he did!

A reporter in attendance at his availability mentioned that he was unable to replicate Gundy’s one-handed pushup style, which went viral earlier this summer after doing them shirtless in 100+ degree temps, to which Gundy responded in kind by offering some advice.

“Did you watch Rocky?” asked Gundy. “It’s weight distribution. It’s not really strength. If you distribute your strength evenly it looks much better.”

Gundy also offered some additional insight — beyond the one-handed spontaneous pushups — as to his physical status that was equally as impressive.

“I don’t max out any more because I’m a little concerned about the old pec tear at 55 years old,” he said of what he can bench press. “I don’t know — 250ish, 260, something like that, maybe. I don’t know. I’m trying to keep up with my youngest, but that’s gonna be an issue, I think.”

Gundy turned 55 years old less than a week ago, for those keeping score at home. So sure, maybe he’s got a few more gray hairs than he did back in the early aughts, and maybe he can’t quite throw a pigskin a quarter-mile like he could back when he was OSU’s starting QB, but you can’t deny that the man still has the demeanor and confidence of a man still in his prime.