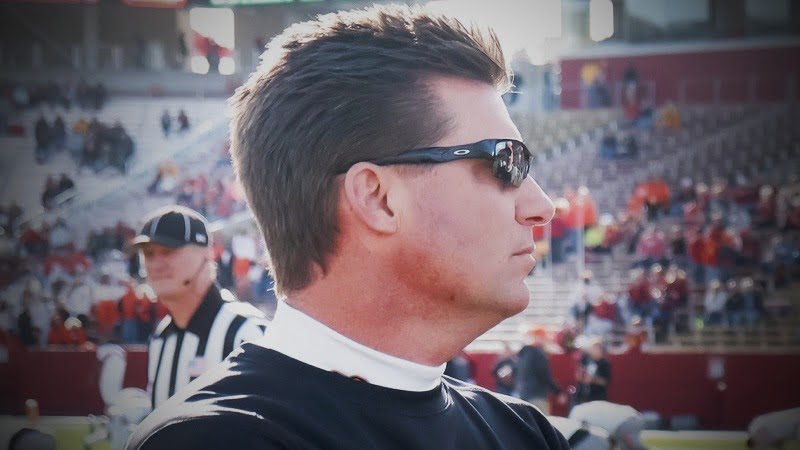 As much as we despised Mike Yurcich’s freshman and sophomore campaigns at the big boy level of college football, Mike Gundy was loving them. Why was Mike Gundy loving them? I’d like to take you back to a quote from Mike Gundy from a Tulsa World article this spring.

“For the first six or seven years, this job was difficult,” Gundy said about being the head coach at his alma mater. “I don’t want anyone to think I didn’t enjoy it, but it was very difficult. Losing assistant coaches was tough. Assistants were flying out of here. Staff changes wore me out more than anything. In December every year, we’d be trying to get ready for a bowl game, but I had to deal with staff changes. It took a toll on me.

“That first six or seven years, when we were building — there was a lot of wear and tear. Even though we were winning, I got some gray hairs. There’s more pressure on a coach when you’re winning than when you’re not winning.”

What is the most important assistant coach a head coach can hire? Which is the most pressure-packed hire and which causes the most stress if that person leaves? Well, there are only two choices here and I think, especially for a former offensive coordinator like Mike Gundy, that answer is found on the offensive side of the ball. Think about the years when OSU started getting really good at football.

Gundy was stressed. The gray hairs were setting in. He didn’t want another one and done (or even two and done). He scraped the bottom of the barrel (for what was available — who wouldn’t want to come to Stillwater at that point? It was an almost auto-leap to a head coaching gig) and made you think “man, dude is a genius just out there plucking D3 guys from out of nowhere.

That was all part of the plan. Gundy wanted somebody he could control and, more importantly, somebody who wouldn’t be considered head coach-ready after a year or two. Enter: Legos.

And dang it if Gundy wasn’t secretly grinning his way through 2014, printing out a new contract from Yurcich because he knew something the rest of us didn’t: Daxx Garman really sucked. That bought him another couple of seasons (at least) with Yurcich. The circle was completed last Saturday when Gundy said something about Yurcich I never thought I’d hear.

Oklahoma State coach Mike Gundy said offensive coordinator Mike Yurcich is the best play-caller he has ever worked with after Saturday’s game at Iowa State.

He said it again on Monday in his presser.

“He’s certainly very intelligent, very creative, and developed into what I would describe as a good teacher,” said Gundy. “He’s kind of a young and rising star.”

What he didn’t say is “he’s a rising star that I helped create that’s still probably five years away from being ready to be a head coach which means I get to keep him.”

“I felt (last year) was unfair; but, that doesn’t make any difference in the world we live in today. I watched him, and I never felt like he needed anybody to pat him on the back.”

Oklahoma State’s offense is suddenly averaging 3.01 points per drive which is 11th in the country and better than every other season since 2010 except for that gaudy 2011 campaign. It’s true that Yurcich has been lights out the second half of the season. OSU ran like six plays in 2011. Total. This year, the seem to have 5-6 new ones every week.

Doing it like this is not necessarily better than the way they did it in 2011, but when you’re dealing with the talent OSU is dealing with, it’s certainly more pertinent.

Mike Yurcich has somehow made himself into a really good offensive coordinator, and more importantly for Mike Gundy, one that will fly under the radar for many years to come.