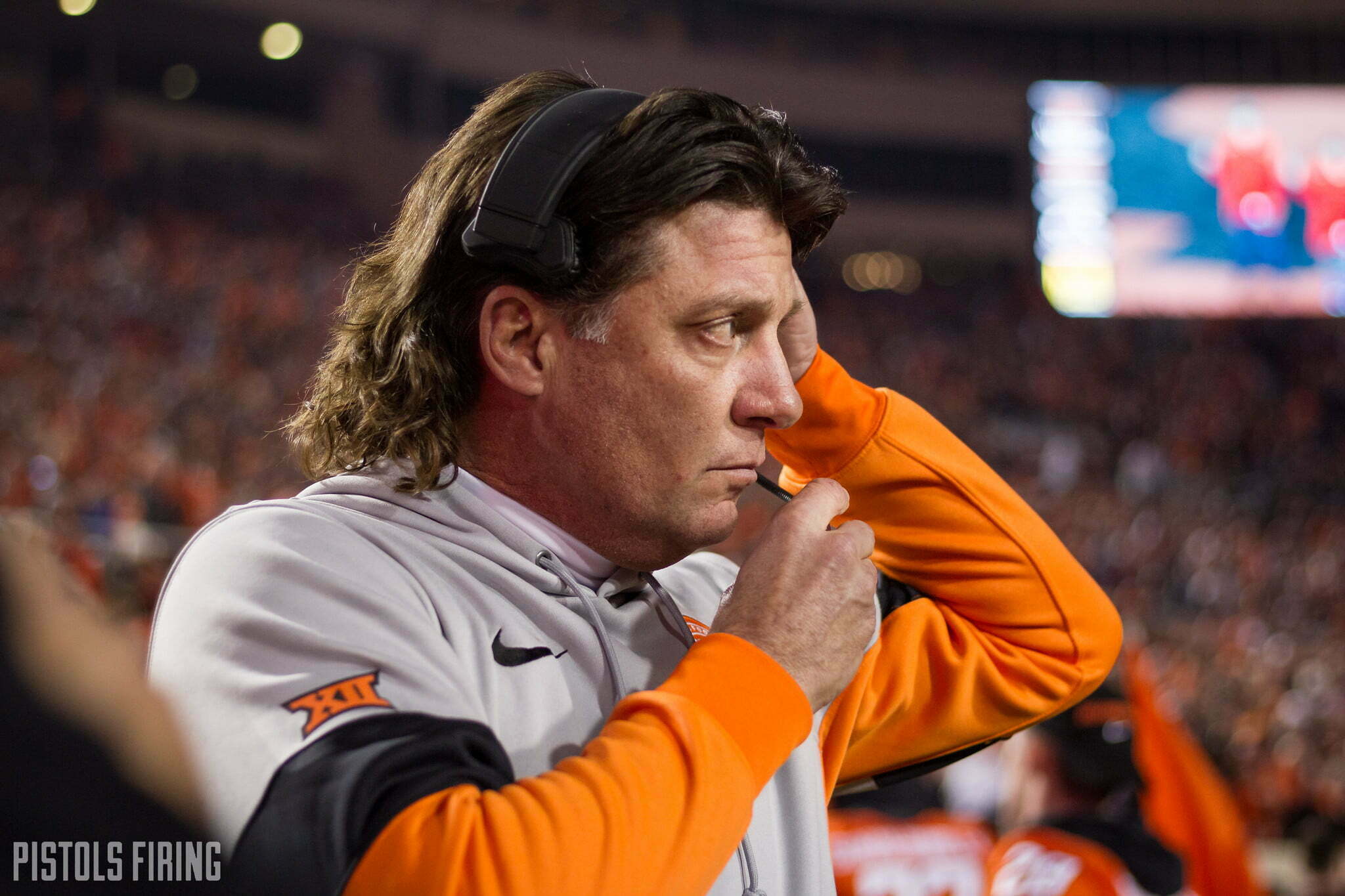 Mike Gundy attempted to right a wrong on Saturday, four days removed from his controversial comments regarding the coronavirus pandemic. But instead of earnestly addressing the matter, Gundy merely helped underscore the weak grasp he has on the situation, offering an I’m sorry you were offended apology instead of an I’m sorry. Period.

“I have been made aware that comments from my press conference have offended some,” he said, apparently realizing nearly a week later that his tone deaf comments were completely reckless and out of line. “It was never my intention to offend anyone and I apologize. My first priority is and will always be the student-athletes and doing what is best for the program and the university.”

It was never my intention to offend anyone and I apologize.

He apologizes if anyone was offended. Not for what he said, of course. It’s his subtle way of pushing the burden of responsibility back. On to anyone else but him.

Even in an attempt to address the situation — and hey, it was at least an attempt — he managed to bungle the landing. Of course no one was offended. They were outraged. He’s not asking for forgiveness, he’s asking for this whole situation to be swept under the rug, for people to forget that he really said this in a public on-the-record forum about his players:

“So, the question is, if you test your players back in, do you sequester them in a housing community over here while they’re training? Sure you do. We can do that. The NCAA has a rule that you can’t have a so-called athletic dorm and a percentage of the people have to be general student population, that’s been like oh 10, 12, 15 years. Well that rules gotta go out the window. Here’s why, because we’ve never been in a situation like this.

“This goes back to the NCAA, the Presidents of the universities, the conference commissioners, the athletic directors all need to be meeting right now and we need to start coming up with answers. In my opinion, if have to bring our players back, test them. They’re in good shape, they’re all 18, 19, 20, 21, 22-years old and healthy. A lot of them can fight it off with their natural body, their antibodies and build up they have…those that are asymptomatic. If that’s true, then we sequester them. And people say that that’s crazy, no it’s not crazy, because we need to continue to budget and run money through the state of Oklahoma.”

Maybe Gundy understands the gravity of the situation — Saturday the U.S. passed Italy in confirmed coronavirus deaths, becoming the global leader. But I have my doubts. It wasn’t but four days ago, after all, when nearly 2,000 people died in a single day because of the disease, that Gundy felt the need to urge the state to return to work, to compare the disease’s treatment and quarantining in a similar way as the common flu, to push unproven therapeutics and statistics about its impact on the health of college-aged athletes.

Florida State’s Andrew Boselli dispelled that notion entirely this week. Maybe Gundy read it. In a first-person account of his run-in with COVID-19, he explained the struggles he encountered, the dayslong fight he endured. And unlike Gundy, he urged people to take this seriously.

“I promise, even if you’re young and healthy, you do not want this virus,” he said.

Although I had what doctors consider to be a “mild” case of it, my experience was anything but mild.

I woke up on a Sunday morning with a low-grade fever, thinking that would be the worst of it.

By that night, my temperature was 103 degrees. It was the highest fever of my life, but I felt like I was freezing.

I was glued to the couch with no energy, no appetite and nothing but fluids and over-the-counter medicines to help me feel better.

The hardest part was feeling slightly short of breath. That’s a bad feeling anyway, and knowing that shortness of breath is often a symptom of severe cases made it that much worse.

The truth of the situation is that Mike Gundy’s target of May 1 as a return date was never feasible to begin with, regardless of how welcome his optimism regarding the situation is. The Big 12 has suspended operations through May 31 already — and Gundy, in all his infinite wisdom cannot override that.

Who can blame him for wanting to get back to normalcy? Gundy is human, after all. He wants his old life back. He wants his players to get ready for the season. Heck, he wants to have a season. We all do. But in his attempt to humanize himself for a giant teleconference misstep, he again missed the mark, pushing the blame onto anyone but himself for the words that came out of his own mouth.