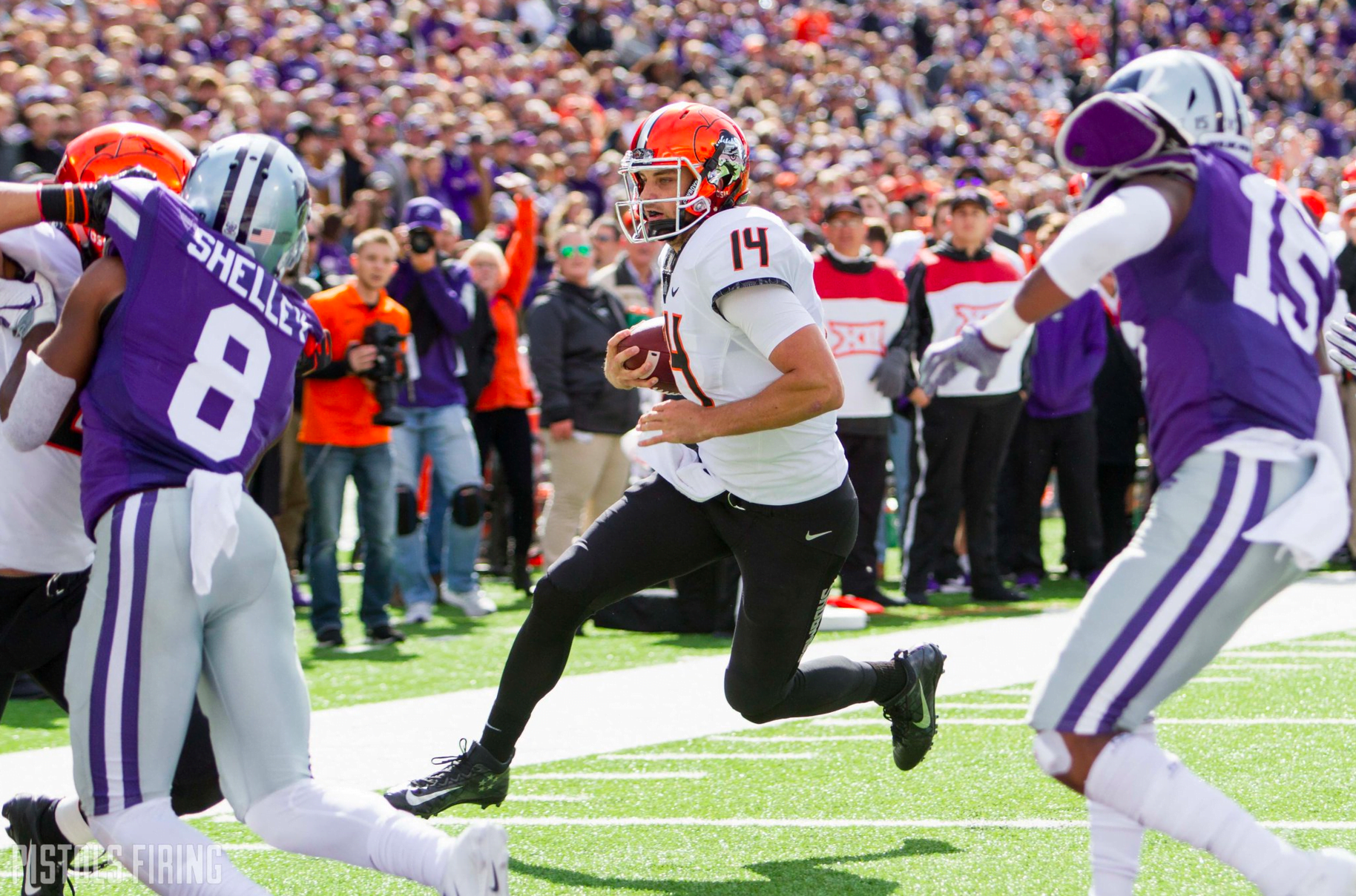 MANHATTAN, Kan. — Oklahoma State logged more passing yards than did its opponent, Kansas State, on Saturday. But head coach Mike Gundy expressed his frustration in the postgame about OSU’s lack of success in that department, saying he felt QB Taylor Cornelius missed on “six or seven throws” when guys were open.

Despite his struggles, and despite the sputtering offense on the whole, Gundy downplayed the potential of any change in reps heading into OSU’s bye week.

“Not really. I didn’t think he threw very well today,” said Gundy on whether he would consider giving backups Dru Brown or Spencer Sanders more reps. “Up until then, I thought he’d played pretty well. … We’ll have to look and see, give him the benefit of the doubt. Up to this point, he’s played well enough to not have any discussion at all about that. I’d be interested in seeing the video, I just don’t think he threw the ball very well.”

Cornelius finished the afternoon 17-of-35 passing for 184 yards, one rushing touchdown and two interceptions. He missed on several throws, as Gundy noted, and he had critiques for himself after the game, too.

OSU had more impressive passing stats cumulatively, but its offense was bordering on inept for large chunks against the Wildcats. The Cowboys converted on just 5 of their 15 third-down opportunities, racked up just 15 first downs, and failed to score a touchdown until the fourth quarter, by which time the game was all but decided.

“I have to improve my play,” said Cornelius. “I have to take better care of the ball.”