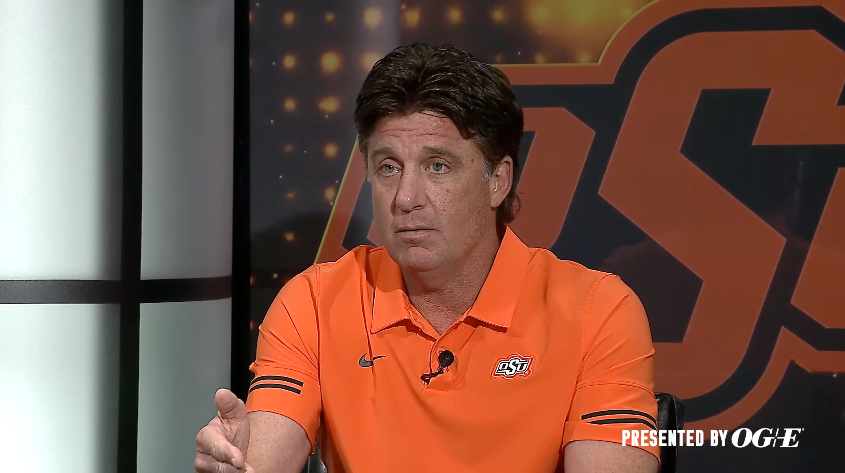 Mike Gundy met with Dave Hunziker this week for his weekly OSU Roundup to talk about the unexpected double bye in the wake of Baylor being forced to postpone, how he feels about his team, how they’re handling all the uncertainty, and more.

Here are some of the notes and quotes from his 17-minute appearance.

• Gundy says it’s “unusual” from a rhythm standpoint that the Baylor game scheduled for this weekend is being postponed. He adds that gameplans will be “filed away” for when the two meet in December.

• Positive news, and probably not all that surprising: Gundy says he’s not sure the postponement of the Baylor game really affects anyone. Says he feels like at this point, everyone is pretty much used to uncertainty related to the pandemic.

• In wake of the postponement, Gundy says Mike Holder “tried to pick up an opponent, unsuccessfully” to fill the gap in the schedule. “It didn’t work out.” Didn’t say which team.

• Gundy says “we have to stay focused.” Despite the disruption, team has everything ahead of it. Challenge is keeping them focused for two weeks, though he feels confident they will be because of how good Iowa State is.

• Because of the double bye, Gundy says OSU is considering options to keep the players in shape — including, potentially, a scrimmage or a heavy practice this weekend. No plans in place yet, though.

• “I feel pretty good about us,” Gundy says about the team and its Covid status, adding that it’s because “based off what’s gone on.” OSU had some preseason flare-ups among the team that affected quite a few players, so hopefully any in-season outbreaks will be limited, but he does note that there’s not much flexibility if other teams have to postpone like Baylor.

• “Iowa State’s a really really good football team,” says Gundy. He says the loss they took to Louisiana was a game where they “didn’t look like themselves.”