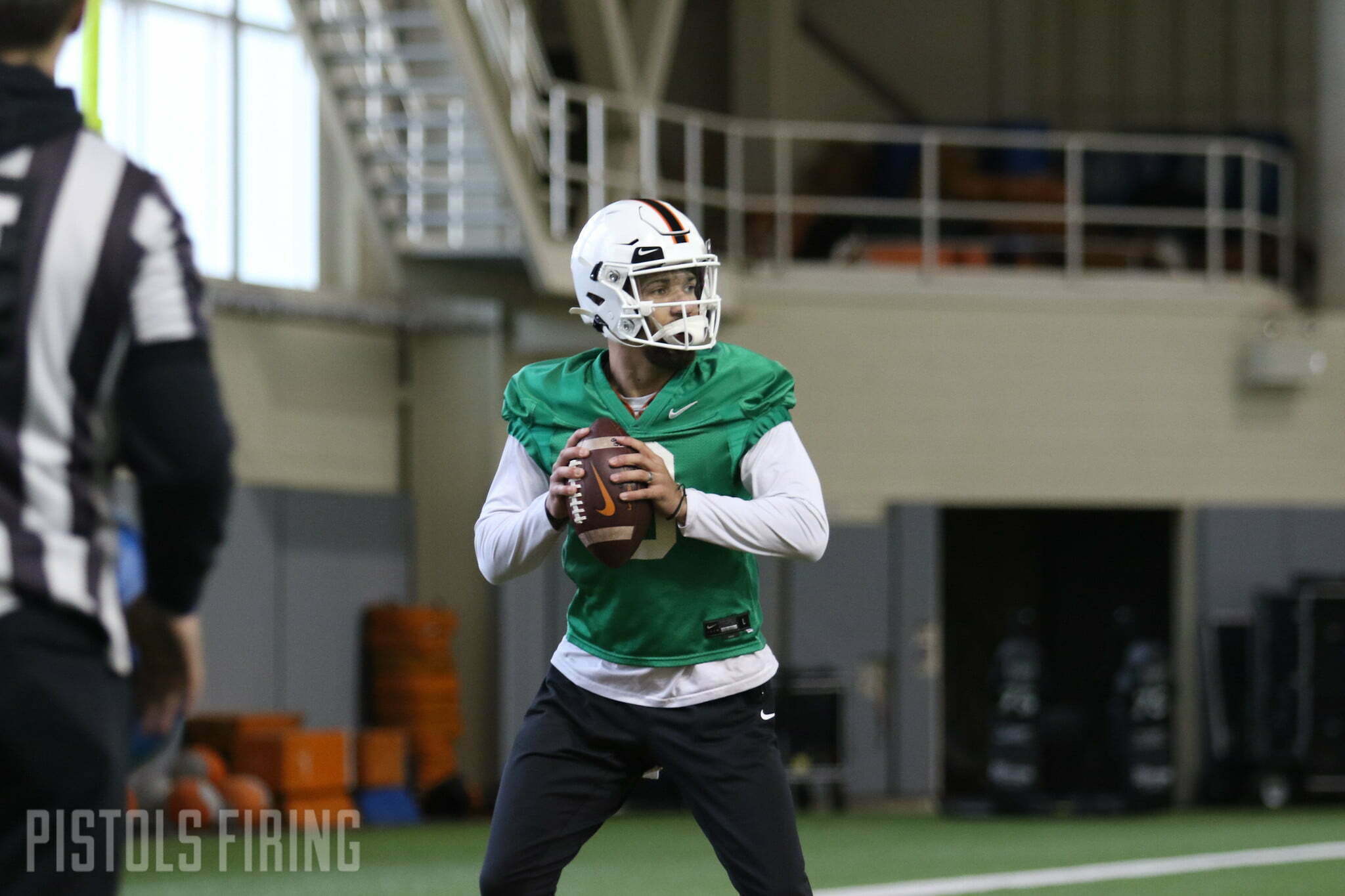 Oklahoma State’s spring practice got underway on Tuesday and, in many ways, this spring will be different than others in Stillwater of late. More urgency. More at stake.

The Cowboys stood on the precipice of a Big 12 Championship and a potential playoff berth — like one foot from the edge — and Mike Gundy would like them to take the next step in 2022 while they have the opportunity.

In years past, the Cowboys have caught lightning in a bottle — sometimes screwing on the cap tight enough, sometimes not — and then had to rebuild, come back to earth for a two or three seasons, or more. I’m thinking of 2011 and 2017 (the cap didn’t get closed tight enough that year) and, hopefully not, 2021.

This year’s Cowboys have the opportunity to build on last year’s success and find themselves again with a chance for postseason glory, if they stay healthy and certain green-clad Pokes look less green as the spring goes on (figuratively, no literally).

Gundy was cool and confident ahead of the first spring practice on Tuesday. He said he felt so good about his returning team that he was fine with what was a week-late start to the spring.

“We chose to spend that time in offseason, in the weight room, in conditioning,” said Gundy. “Worked out really well for us. I feel like our team is in the best condition that we’ve ever been in at this time of the year. We’ve had a great offseason, so we’re excited about getting started. Looking forward to the next 15 practices.”

But make no mistake, there are some questions that Gundy and his staff must answer before you contact your travel agent for hotel recommendations in Arlington in December.

He pointed to a lack of experience behind Spencer Sanders and at linebacker, and a lack of depth across the offensive line. He’s got full confidence in his fourth-year starting QB — a nice centerpiece for a lightning-bottle year — but he lamented that OSU didn’t always do the two things needed to help him succeed last year: rush the ball and pass protect. To that point, the Cowboys have to account for a departed starting running back and six scholarship offensive linemen before September.

We also can’t ignore the fact that OSU’s Broyles Award snub Jim Knowles was hired away by the other OSU and that several star players from his defense are also gone. Gundy mentioned that he’s made changes to account for that, aside from hiring a DC with head coaching experience in Derek Mason.

The Cowboys moved longtime defensive line coach Joe Bob Clements to coach the linebacker group that allowed OSU “to transition right into defense in the offseason.” He also alluded to the additional 15 bowl practices that the group got as an opportunity to jump-start the offseason.

“I shared this with the coaches and asked them to share it with their players in the meetings this afternoon is, ‘We’re trying to get ready to play the first game right now,’” Gundy said. “That’s what we’re trying to do.

“We’re not wasting any time. The days of spring practice where you run plays and try different blitzes and things and see what happens, I think those days are gone. I think you try to get ready right now to try and win the first game. The difference being that we can be much more competitive because we don’t play until September and we can get reps with everybody on the team.”

One could point to the fact that OSU has enjoyed that extra bowl prep in each of the last 16 seasons under Gundy and that there are still as many practices allowed each spring, but why tread on spring flowers?

Gundy sounds about as confident as ever at this (very) early point in the college football season, and he’s got plenty reasons to. He’s got a stacked roster led by a seasoned quarterback coming off his best year and defense that, despite its losses, no one wants to face. And his team has as much momentum coming into the spring (if there is such a thing in college football) as possibly ever.

OSU is on its own precipice. It’s currently a lightning-bottle program that’s on the cusp of taking that next step to be a regular in the Big 12 title conversation. Maybe more.