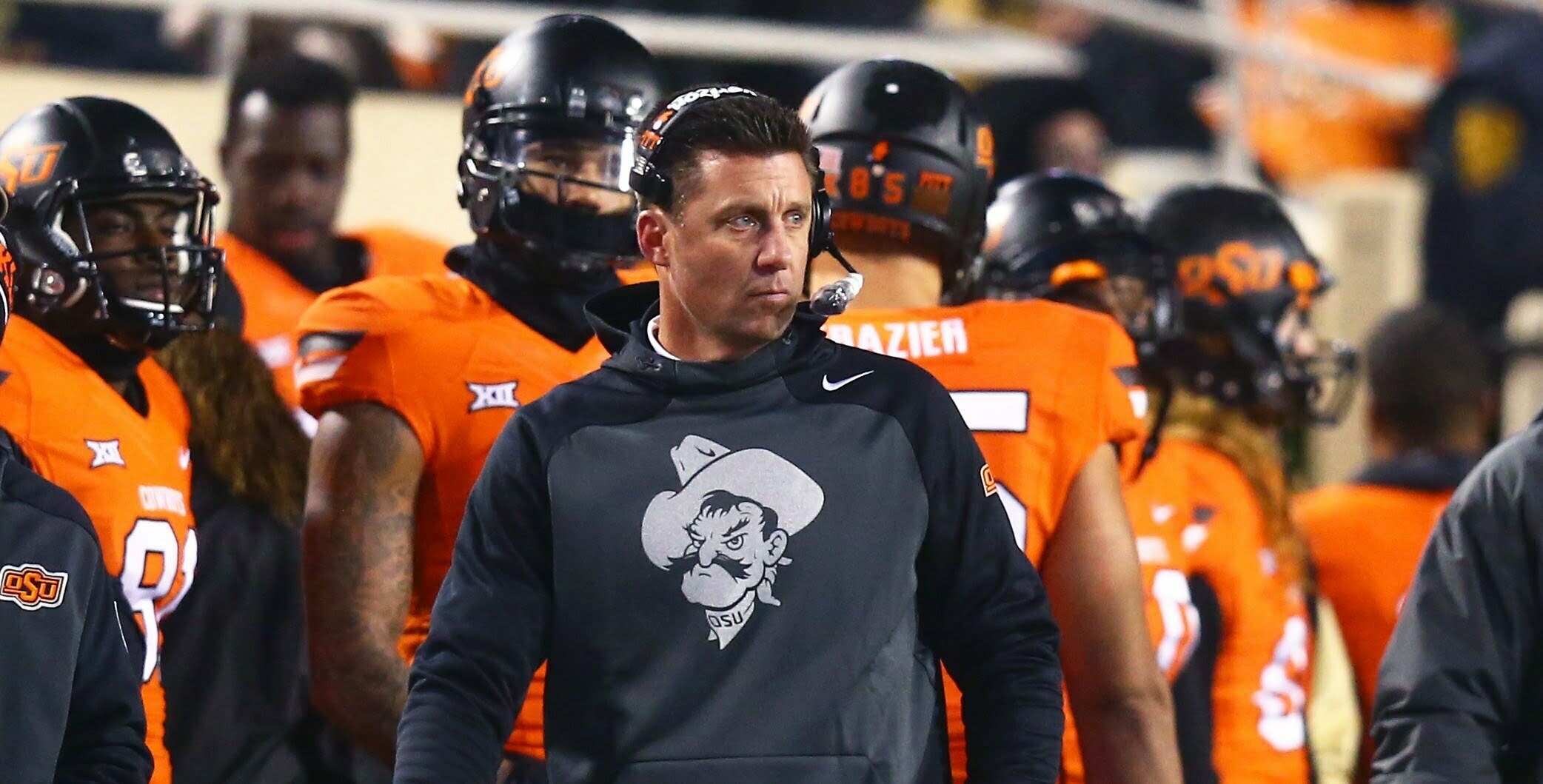 Mike Gundy doesn’t have an OU problem. For those who would continue down this path, let me help you out: OU is 85-18-7 in Bedlam history. Mike Gundy has his own issues, and we’ve all been down those rabbit holes, but the OU problem falls squarely on Oklahoma State the school from an historical perspective not Mike Gundy the coach.

In fact, since Gundy came back to Stillwater under Les Miles (2001), the Cowboys have four Bedlam notches in their belt. That’s four wins in fifteen years. If you apply that math to the entire Bedlam series (we’ll leave the ties alone), the win-loss picture would look like this…

Still lopsided? Yes. But knocking on the door of 30 Bedlam victories looks a whole lot different than needing two more just to reach 20.

The Sooners have spent the vast majority of their existence as a national football powerhouse and brand. OSU showed up to the dance now and again, but was mediocre or worse for decades at a time. There’s no way to avoid that reality.

Given what Gundy has accomplished from a consistency standpoint, I have no problem with the status of Bedlam. Since 1995, the series is 14-7 in OU’s favor. That’s WAY different than the overall history would indicate. Don’t get me wrong, I want to crush the Sooners every year, but it will take a long time to reverse over a century of football dominance.

Let’s not forget what has happened since the Cowboys turned a corner in 2011:

When you throw in the fact that Oklahoma State has covered in four of the last five years, you might even say Gundy has out-paced traditional expectations. In 11 games since Mike Gundy took over, OU has lost once as the Bedlam favorite (2014) as a 19.5-point favorite, Oklahoma State has lost twice (2010 and 2013) as a 3-point and 9.5-point favorite.

If I told you in 2010 that over the next six years OSU would play for four conference championships in their final regular season game, more than OU would play for, and come away with two titles, I imagine you would say I was being a bit optimistic (or you might suggest that I cut back on the meds). In fact, that opportunity exists in Bedlam 2016.