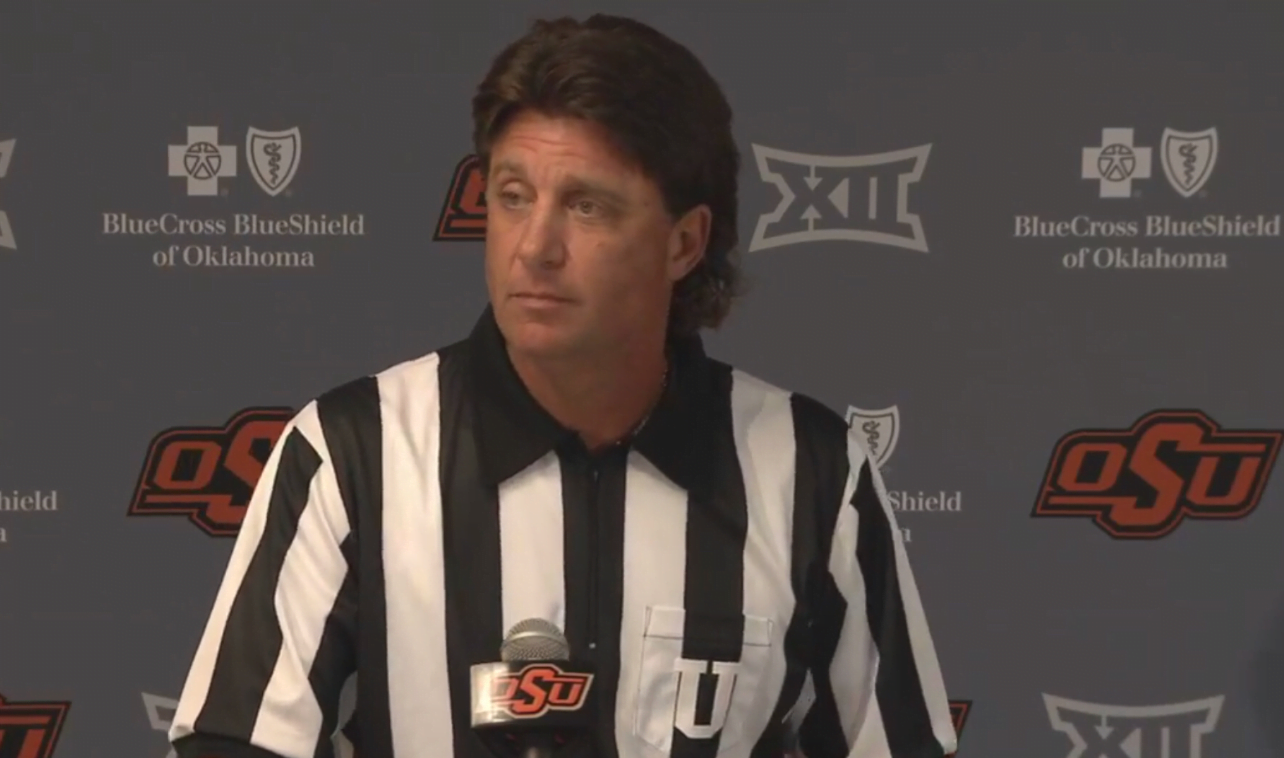 After bringing a smoothie to his postgame press conference Saturday, Gundy showed up to his media luncheon Monday with a sweater that had a wet spot on it.

“I spilled my dang smoothie, look at that,” Gundy said. “That’s bad.”

Gundy explained there wasn’t any vodka in it, another reference from Saturday. He then removed the sweater to reveal a referee shirt as a reminder for Oklahoma State fans to stripe the stadium on Saturday against Boise State.

“I’m glad I spilled that smoothie on my sweatshirt,” he said. “I almost forgot about stripe the stadium.”

Gundy later revealed that he was receiving a phone call from Greg Burks, the coordinator of Big 12 officials. He didn’t answer the call.

Was the smoothie from Saturday just a set up for this moment? I’m not sure what’s real anymore.

In other shenanigan news, Gundy’s dog, Kenzie, missed her first luncheon this season because she was at the groomer.