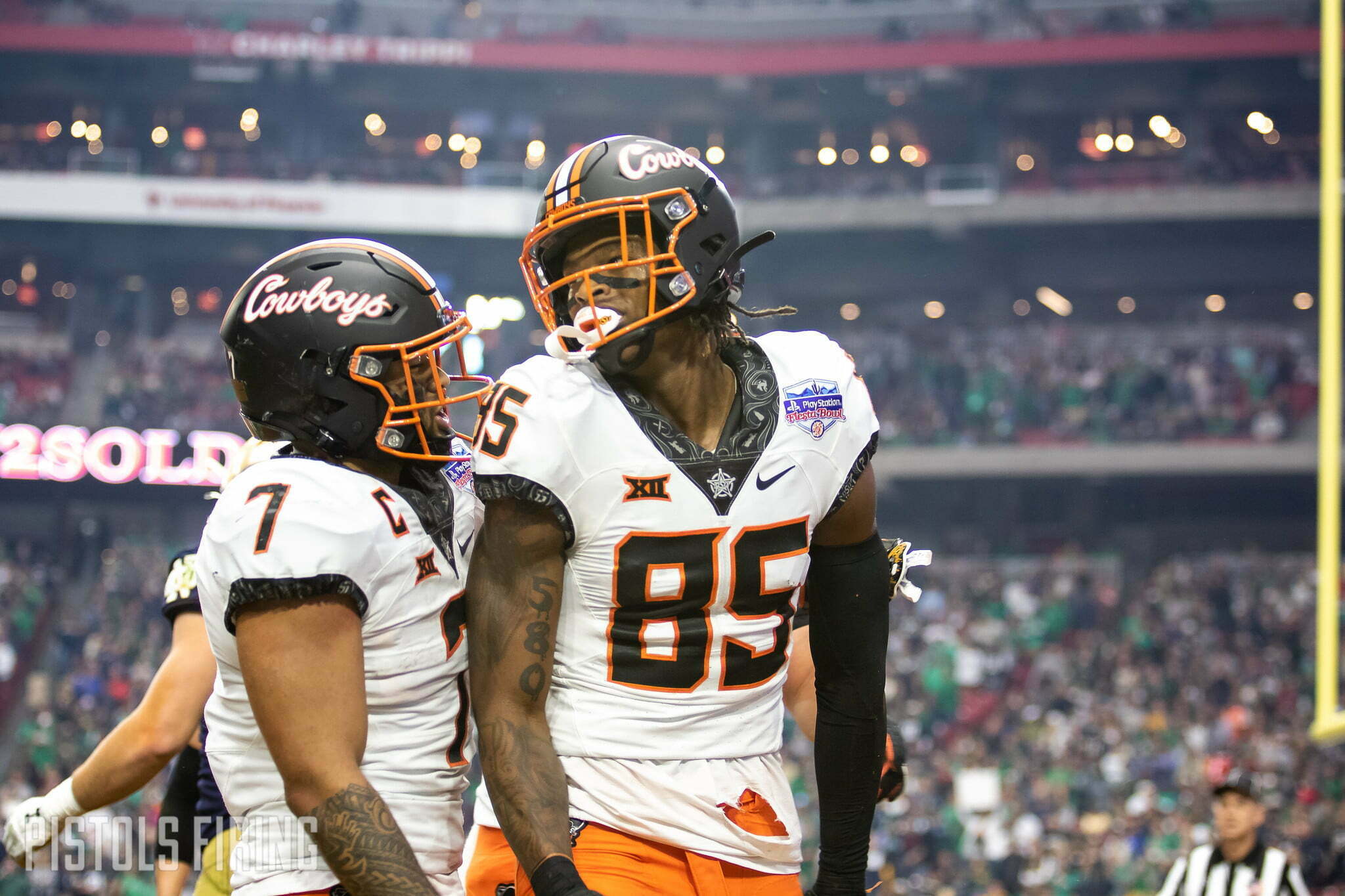 Jaden Bray was expected to be one of Spencer Sanders’ top targets this season, and he could be back as the Cowboys enter Big 12 play.

Oklahoma State plays Baylor at 2:30 p.m. Saturday in Waco and could do so with Bray making his season debut. Bray missed the Cowboys’ three nonconference games with a hand injury. He was listed on the first depth chart of the season as a starter at one of the receiver positions.

“He should be practicing this week,” OSU coach Mike Gundy said Monday.

A 6-foot-2, 200-pound sophomore, Bray 13 receptions for 250 yards and two touchdowns as a true freshman last season. With Tay Martin leaving for the NFL, many saw Bray as the heir apparent to Kasey Dunn’s receiving room before the injury late in fall camp derailed the start to his second season with the program.

In Bray’s absence, Sanders has spread the ball to a variety of receivers, throwing for 916 yards and 10 touchdowns in three games. Braydon Johnson, Brennan Presley, Bryson Green and John Paul Richardson each have at least 100 yards receiving already.

Gundy didn’t mention whether Bray will make his debut this week, but him being back on the practice field is a solid step in that direction. The injury could mean OSU eases him back into the rotation, but the expectation is that he will eventually emerge as one of the most explosive playmakers on the outside for OSU this season and beyond.