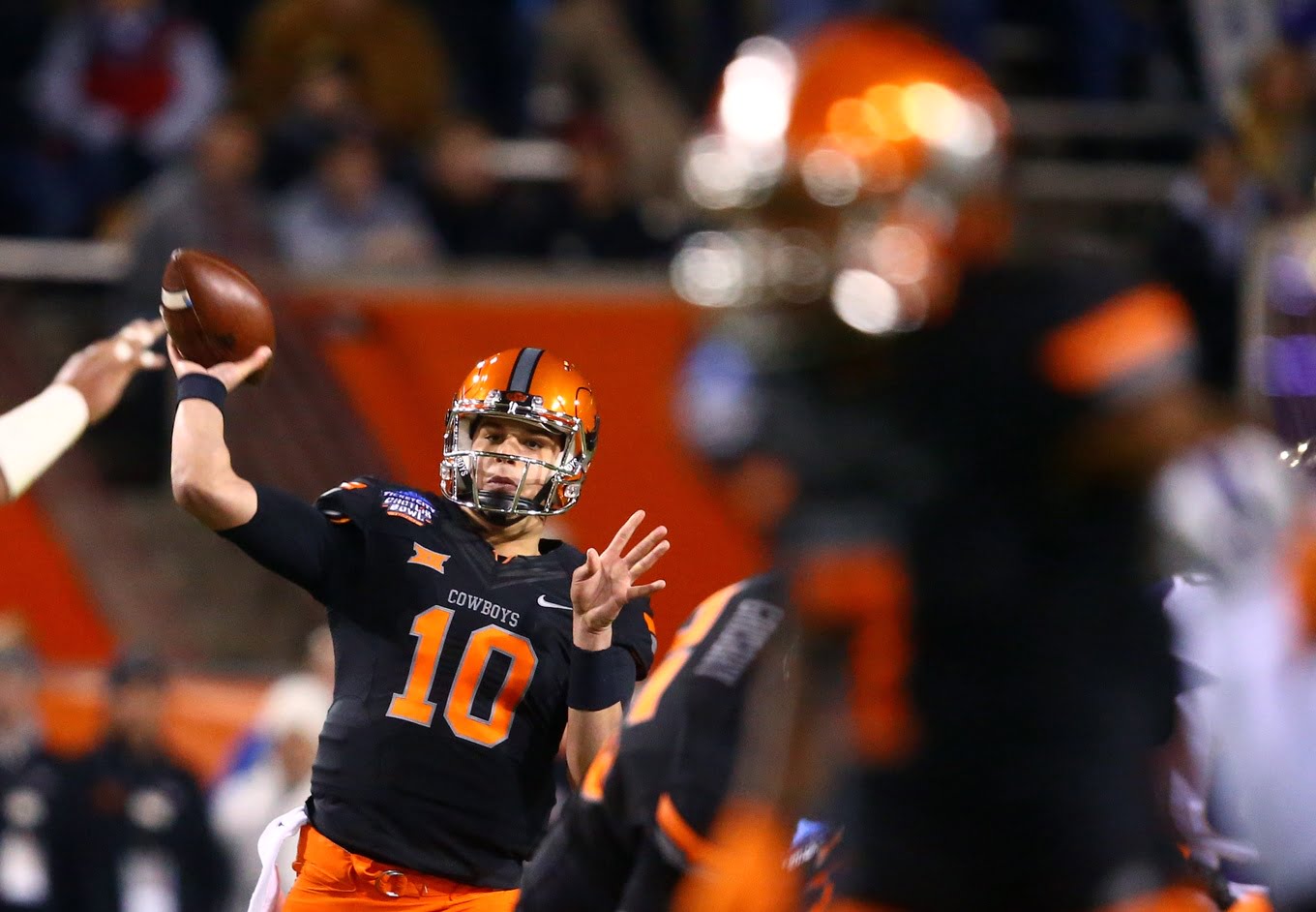 On Wednesday Mike Gundy surreptitiously announced what everyone already would have bet their life savings on: that Mason Rudolph would be Oklahoma State’s starting quarterback in 2015.

#okstate Gundy today: “Mason is our starting quarterback. J.W. is going to be in there and get all the reps behind (Rudolph in practice)."

The is the opposite of breaking news but it’s also warmly received by yours truly and should be by most others. Not since Wes Lunt was named the starter in 2012 has there not been upheaval behind center.

“When you don’t know, competition is good,” Gundy said to a group on Wednesday including the Oklahoman. “When you do know, there’s no point in not saying it.”

He also offered up this jewel.

“My three kids at home were on my butt,” Gundy said. “The little one, Gage – ‘Really? You didn’t play him? You could have played him six weeks ago.’

“I said, ‘You need to worry about your spelling test on Friday.'”

And not since Brandon Weeden held the reins has there been this much stability either. Lunt was an unproven (and ultimately fairly fragile) freshman.

Rudolph is (and I say this with great optimism) a slower Zac Robinson with a much bigger arm, more weapons than a Syrian nationalist and three full seasons in front of him.

“But we’re certainly glad that we have him and he’s got a great start. If he handles things the right way, he should be a good player.”

So now we (officially) have this to look forward to:

If you got all 10 Big 12 coaches in a room and said “draft QBs at their current class for your program…go” then Trevone Boykin would probably go first but Mason Rudolph would definitely be in the top two.

And that’s exciting, for sure, but it’s also not the most important part of the Gundy quote.

OSU’s injury struggles — and to call them struggles is to say that Tyreek Hill was shifty — at QB have been well-documented.

Since Brandon Weeden left OSU has at different times (albeit with some of the same people) started eight (!) QBs. Walsh 3x, Chelf 2x, Lunt, Daxx and now Rudolph.

So the most important part of that Gundy quote is that now you have not only one of the three or four best starting QBs in the league but also probably the best backup. One of the best non-Ohio State backups in the country actually.

It’s a funny thing too. None of this happens if Daxx doesn’t get injured against Texas and if Gundy doesn’t make the (what we thought was asinine) choice to yank the redshirt off of No. 10.

He did though and it happened and now 2015 is shaping up to be something special.