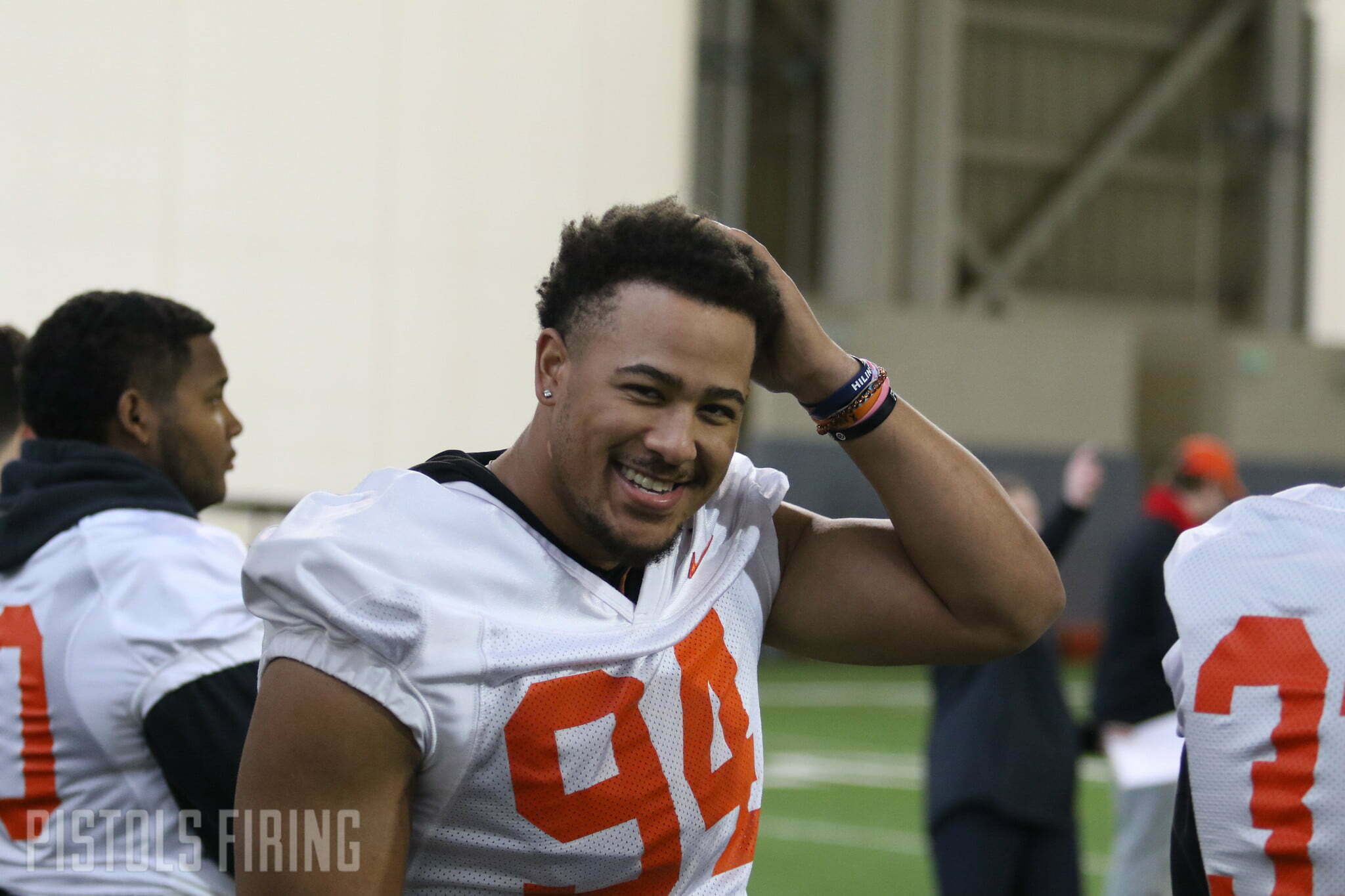 Oklahoma State led the nation averaging four sacks per game last season, but the Cowboys’ lethal edge rush could be even scarier in 2022 thanks to the return of Trace Ford.

Ford spent 2021 on the Cowboys’ sideline injured, but in his stead another Edmond Santa Fe product, true freshman Collin Oliver, grew into a star (and a legend) by season’s end.

On Monday, Mike Gundy was asked about Ford’s progress with still five months left in the offseason.

“He’s ready to go,” said Gundy. “I was told last week that he was cleared through his doctors, so he can do individual work and go full speed, but we’re not going to put him in any live drills. And then he had something last week, they were checking his tonsils or something, I mean, just nothing big, so he wasn’t out there. But he’s released and ready to go. His knees are back up and running and he’s ready to roll.”

Ford, the former All-Big 12 honorable mention, missed all of last season thanks to a knee injury he suffered in practice the week before the Cowboys’ season-opener against Missouri State.

He was fresh off a 4.5-sack season, had 15 starts under his belt, and was a sure-fire difference-maker before that setback. The Cowboys would go on to make their first Big 12 title game — coming mere inches short of their second Big 12 crown — before enjoying a historic comeback in a NY6 game. All without Ford. Imagine the possibilities.

According to Gundy, Ford is more of a watch-and-listen leader, but he was around and supportive of his teammates. Playing spectator instead of breakout star — especially one in which all eyes were on a Cowboys defense — had to be hard for the Cowboys’ quiet leader.

“My guess would be that it’s difficult for a player that had the success he had, or has had that one year, and then not get to play for a year,” said Gundy. “I think that’s difficult. His attitude and his body language in the last six months has been great, and I know that just the last couple weeks, a couple times a week when I bumped into him I asked him, ‘How are you doing? Are you ready to go?’ and [he said] ‘I feel great. I’m ready to go. Doctors have released me.’”

To crank up the offseason buzz even higher, Gundy implied that Ford might find it even easier to power through blocks and penetrate the enemy’s backfield.

“He’ll be full speed in August, and I would expect that he’ll be moving around pretty good,” said Gundy. “You know he’s up to I think he’s close to 240 (pounds) now, you know he played at 225 when he got hurt at Baylor a couple years ago.”

The Cowboys have a ton of talent returning from that vaunted 2021 defense, but weathering the loss of defensive X-factors like All-Big 12ers Malcolm Rodriguez, Kolby Harvell-Peel, Jarrick Bernard-Converse and Christian Holmes will be tough. The return of a healthy Trace Ford makes it quite a bit easier.