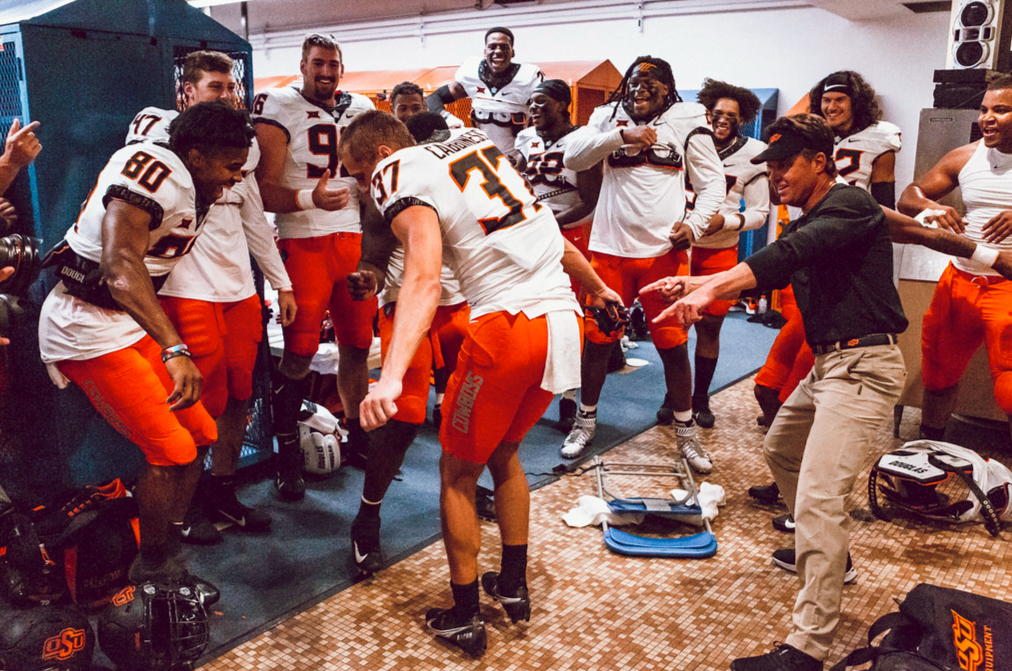 Mike Gundy did as Mike Gundy typically does following big wins, dancing his heart out in the locker room in front of his players. But he took on a new role Saturday night to ring in the festivities, serving as the hype man for none other than walk-on receiver Cale Cabbiness, who was the unlikely hero of the game in OSU’s 21-20 win over Boise State.

Cabbiness caught what turned out to be the game-sealing pass on third down that effectively ended the game. With a shorthanded receiving corps., his only reception of the night proved to be the difference, and he celebrated in Gundy fashion with his own dance while Gundy cheered him on. Here’s photos of it from Saturday (via OSU Athletics):