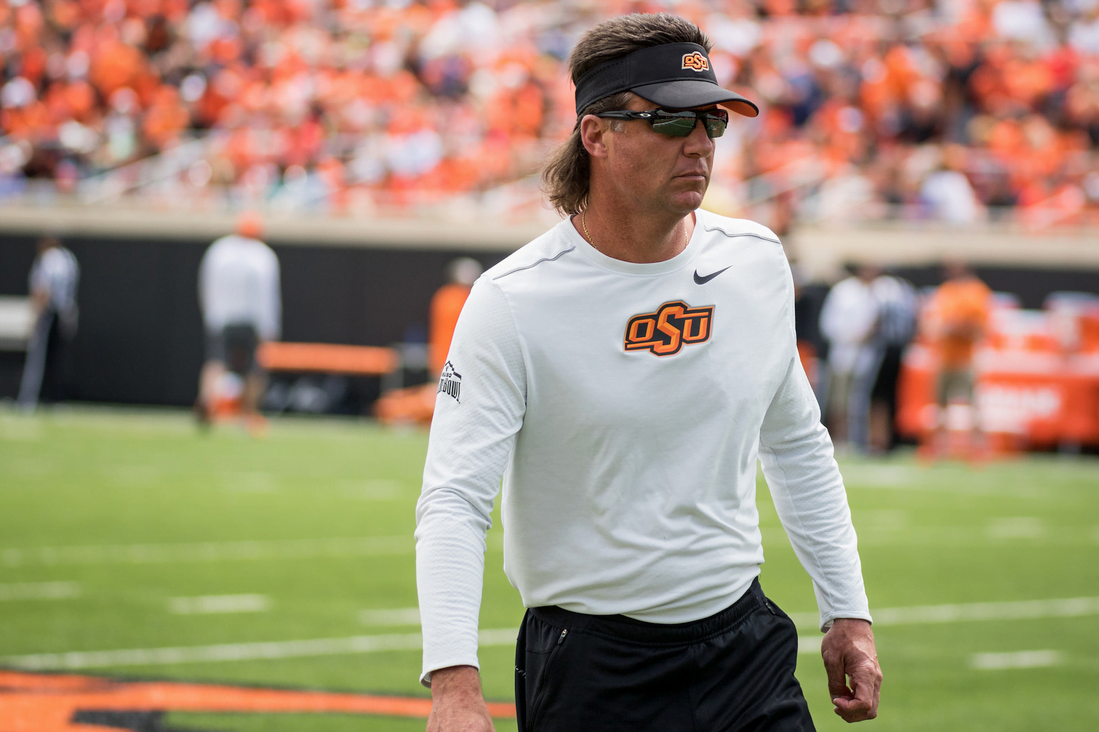 There wasn’t any major breaking news for OSU on national signing day, with one prospect, Deondrick Glass, submitting his NLI as expected, and no other dominoes that directly affected OSU (save for an in-state kid picking KU).

As a result, Mike Gundy didn’t hold a press conference to discuss his 2019 recruiting class, since he did that in December. But he did open up about his thoughts in detail in a 247Sports podcast on signing day.

“We liked his ability to make a play when things aren’t perfect. We think he can think really fast on his feet, very cerebral, strong arm, already in school so we’re looking forward to watching him play this spring.”

“We hope that he fits into the role of the guys that have come in before and worked extremely hard and have won Biletnikoffs. We’ve had tremendous success with wide receivers and or all players from that area in Texas. He’s got a long way to go but boy, he’s got a high ceiling from his ability to make a play in space and run after the catch. So we’re really excited about getting him in here and seeing what he can do when he shows up in June.”

“We’re hoping we can get some good play from our young linemen. We have Trace Ford, Isreal Hundley, Xavier Ross. It’s such an important role in our league to put pressure on the quarterback.

“We hear a lot about that. We go after and offer and put the pedal on all four stars and five stars, geographically and maybe even out of our region. Sometimes we don’t get as far as other schools. We really push hard to evaluate players that are within a 6-8 hour drive of Stillwater that fit our culture. We try to recruit specifically to our culture and to a position, instead of maybe just taking a best available player on the board, we want to make sure we have a slot for them, and there’s not any question we have the best strength coach in the country.