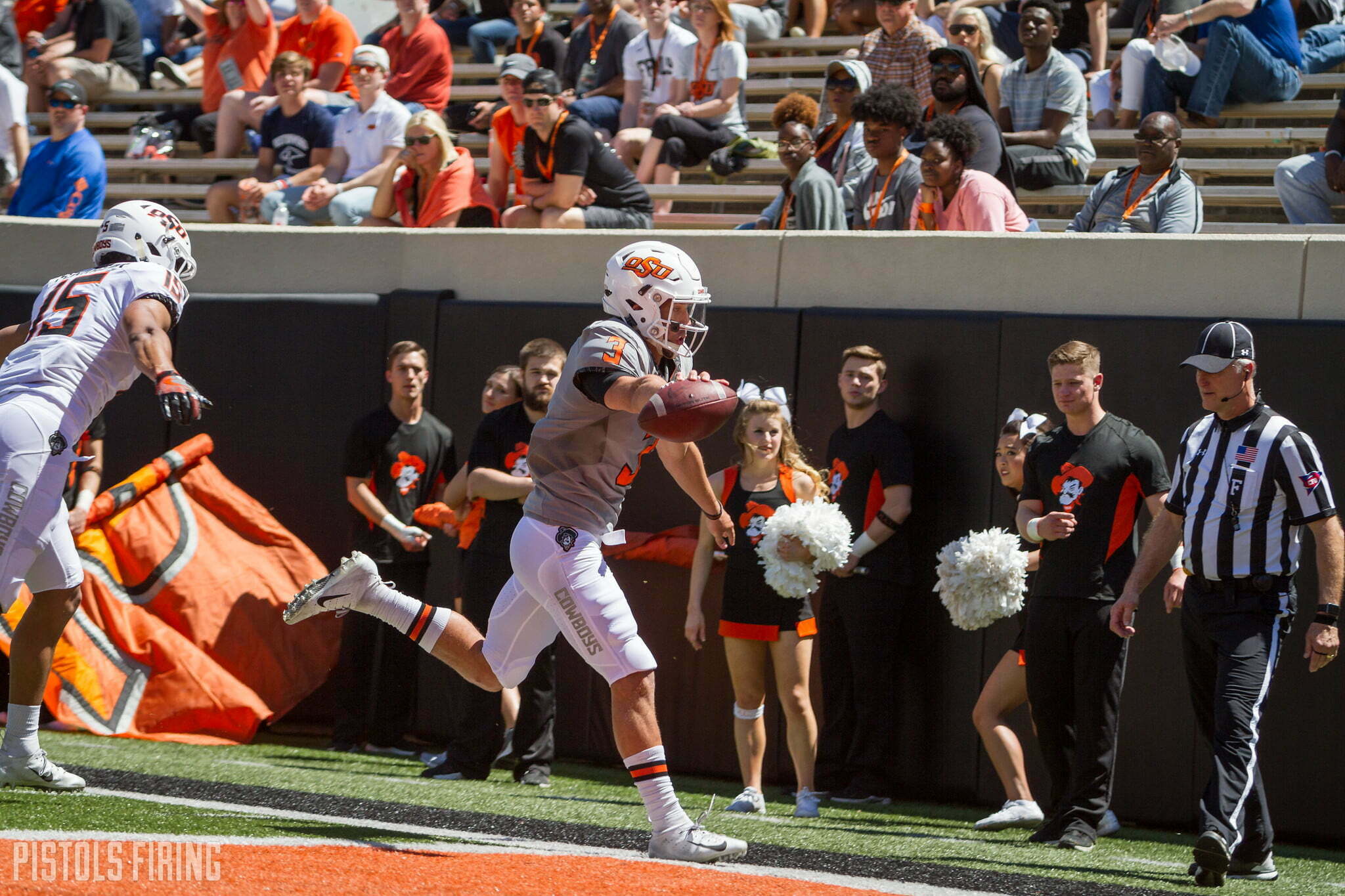 QB races are exciting. They’re also confusing. I am currently confused by OSU’s.

I want to give Mike Gundy a little grace here in the way he’s framing all of this. However … I don’t really understand how he’s framing all of this. I get it, Gundy has to balance a 200-person organization, two exposed college athletes, expectations from fans and inquisitions from those of us in the media. All at the same time. All while trying to juggle a myriad of other jobs. It’s an unenviable position. But there are two quotes I saw come out of his State of the Union recently at GIA regarding the QB situation that did not seem to go together at all.

“We might not (make a decision). We might play two. If you were at practice today, you’d say play two. They were both pretty good. I know people say sometimes, ‘Well if you can’t name one, you don’t have any.’ I don’t see that as the situation here.”

Ok, so they are equivalent. What I am hearing him say here — unless I am just out of my mind (always a possibility) — is that Spencer Sanders and Dru Brown are (at least currently) so close in talent, ability and performance that he and Sean Gleeson are unable to determine a starter. Got it. I understand that.

“We have to play the best player. There’s so many ways to look at this. There’s so many different opinions on this. And I’m not saying that most of them probably aren’t correct, but for me and (offensive coordinator) Sean (Gleeson), we have to play the guy that we think gives us the best chance to score points and win the first game, whoever that may be — not necessarily worry about the future.

Ok, but you just said there isn’t a best guy (at least not right now) so you’re going to play both of them. Logically, playing the best guy makes sense. I don’t agree with that logic because I think if it’s even close one way or another you play the younger guy, but I respect the logic of “this guy is the best guy so we are going to play him.”

But that’s not what’s happening here! What’s happening here is Gundy is saying “we have to play the best guy” (which I respect) and AND “we might play both of them,” which tells me there’s not a best guy but you’re still playing the older one who is on his way out. This is crazy! The only scenario a sixth-year guy should play over a second-year guy is if he’s better, and Gundy is not saying he is better.

Now if you’re playing both of them in three early games to determine who exactly the best guy is, fine. Again, I disagree with it based on what Gundy said about a QB needing 15 games to find his way and me wanting long-term continuity, but I at least understand it. However, this comes off a little like “look, we might just play two for long stretches,” which would be nuts when one of them is leaving in 13 games from now.

If two QBs are equivalent, and you play both of them and then have four different starters in four different years, that’s not great. If Brown is better then play him. Fine, do it. If they’re the same then play the younger guy. The logic of this does not seem overly complicated.

I’m endlessly intrigued by all of this because it so directly affects so many other things, and I think it’s wild that Gundy would stare at one guy in his sixth year of college and one guy who represents the future, call them equals and then proceed to play them both. Maybe that happens, maybe it doesn’t, but at least for now it seems squarely on the table.