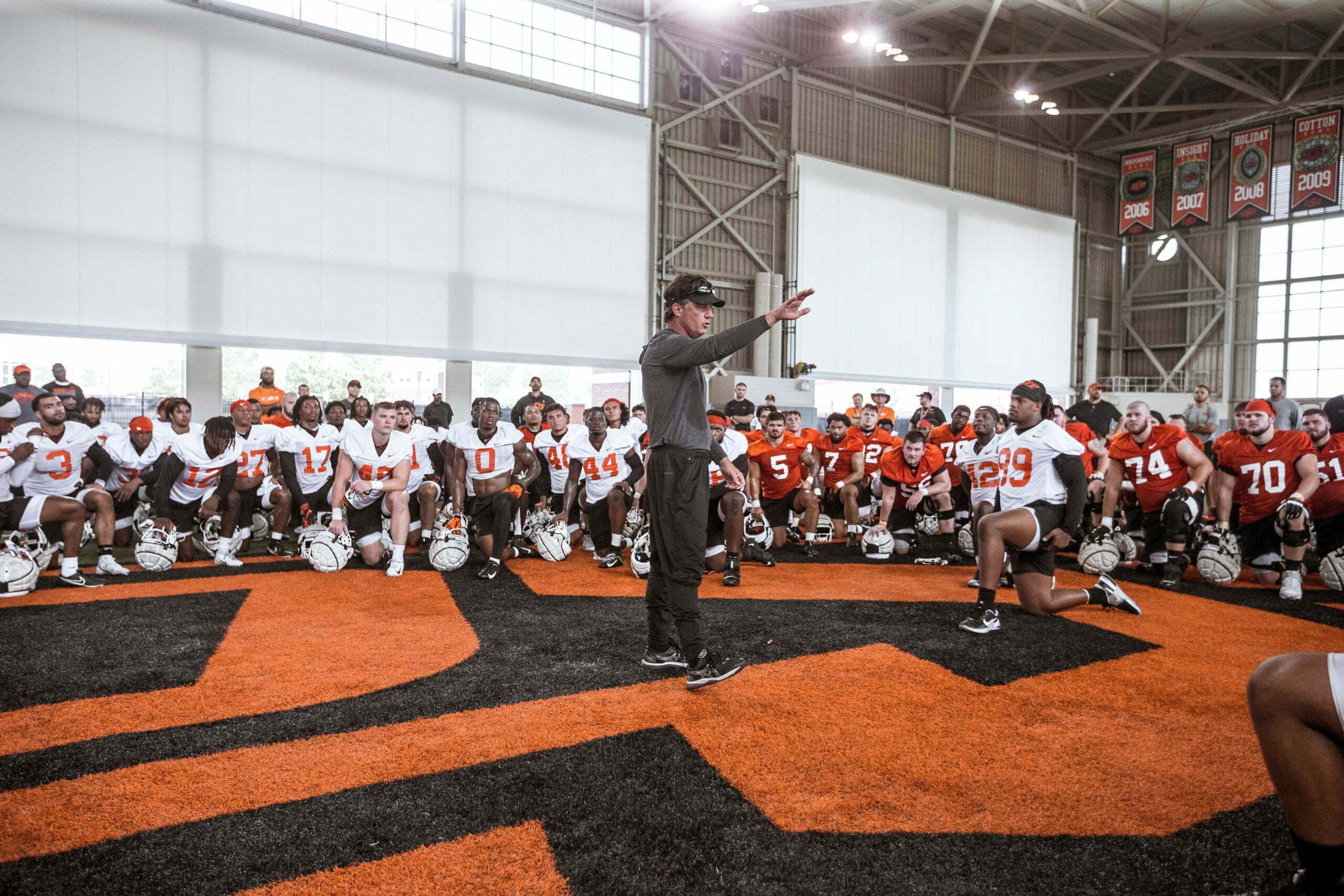 OSU is ranked No. 22 in the preseason Coaches Poll that was released earlier this week. When the preseason AP Poll drops on Monday afternoon, OSU will likely be in the late teens or early 20s. It’s an annual tradition that sets an anchor for expectations nation-wide and gives fanbases near and far a benchmark on which to grade the coming months as the season plays out.

And it is completely pointless.

Sure, polls can and often do get many things right. Throw Alabama, Clemson and Ohio State somewhere in the top five and chances are you’ll be right about what most people ultimately remember. But knowing everything about any team that has yet to play a game and judging them based off returning production and outright conjecture is an exercise in futility that does nothing but provide for offseason fodder, setting unfair expectations that can skew to the benefit of programs (looking at you, USC and Texas) or to the detriment of programs (looking at you, Oklahoma State and Iowa.)

“In my opinion they shouldn’t even have a poll until Oct. 1, based on everybody’s just projecting what somebody thinks,” Gundy said Thursday. “It’s fun, gives people something to talk about, but until we’ve all played three or four games we really don’t know where we are, including us based on players that’ll have to compete 30 or 40 plays in the game that may not have played in the past.”

Spot the lie! He’s right. You can do your analytic evaluation on every team in college football, dissect returning players, expected production and the value of coaching experience and still get things totally wrong. Here’s one example for OSU: In 2011, the Cowboys began the season No. 8 in the Coaches Poll. The team that began the season ninth was Texas A&M. OSU finished the season ranked third in the country with a 12-1 record. A&M finished unranked and went 7-6. Had the poll been held until Oct. 1, the Aggies would have been 2-2 and almost assuredly lower than ninth while OSU would have at the very least moved up several spots with convincing wins over Arizona, Tulsa and a close one over A&M.

Anything before October is kind of meaningless. Just ask the College Football Playoff. That committee waits until Week 9 of the season or later to reveal its first rankings. You know why? Because rankings aren’t necessary until then. And sure, by then, you’ve got a good idea of who will be included, thanks to the AP Poll and Coaches Poll. But you know why else you’ve got a good idea? Because we’ve seen all the teams in action for months and have a good idea of which teams should be included and which teams should not.

So in a gotta-have-it-now environment, I get that preseason polls and early season polls give us something to talk about. Guilty. But there is an inherent bias to polls based on brand power that unfairly punishes in the preseason teams like OSU by setting an expectation — fair or not — that clouds how we view every team the rest of the season.