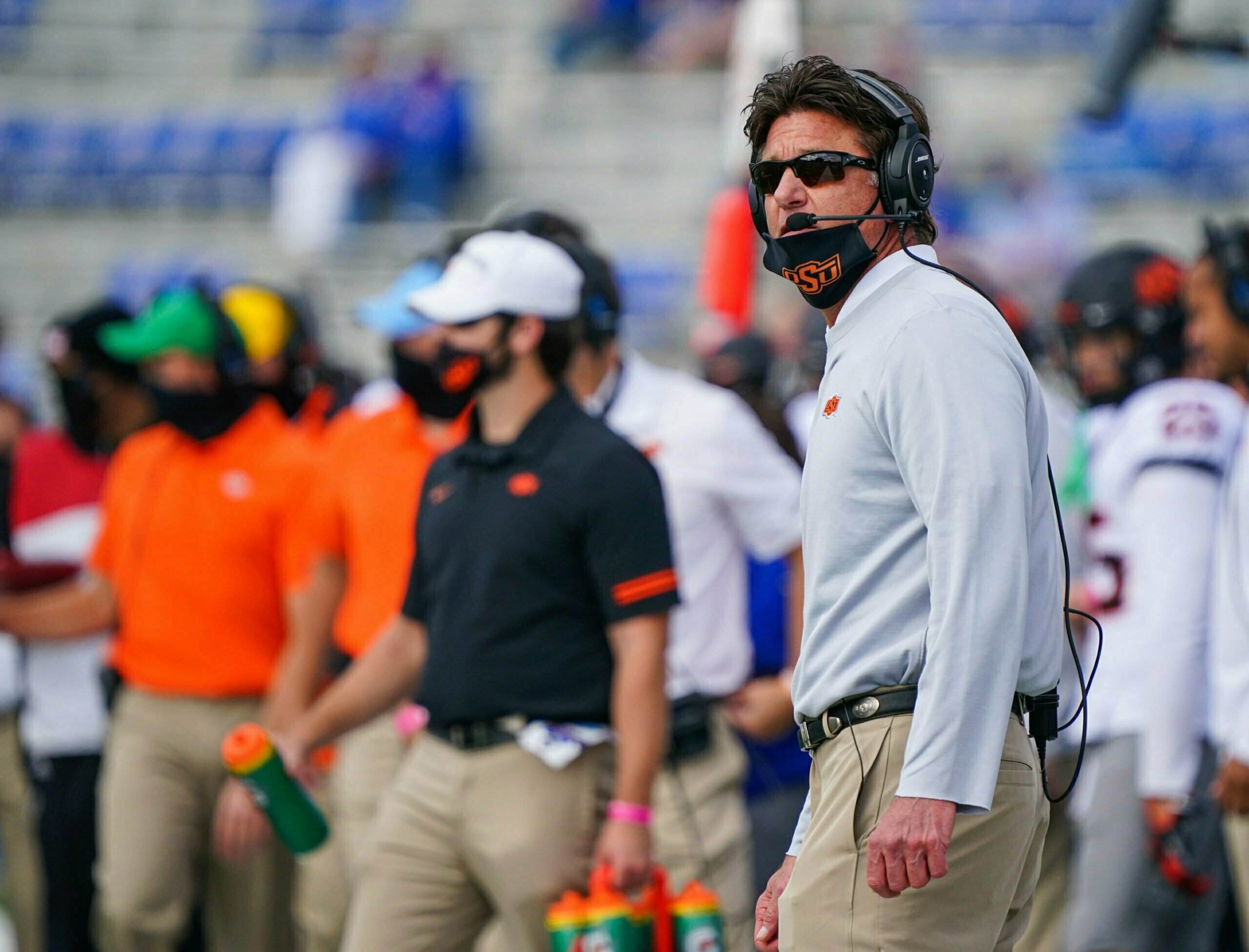 Oklahoma State is enjoying a second-straight open week on its football schedule after Baylor, its original Oct. 17 opponent, was forced to postpone and reschedule due to an ongoing Covid-19 outbreak within its football program. But Mike Gundy said this week that OSU, for its part, nonetheless made an effort to be on the field this weekend — against another team.

In his weekly roundup interview with Dave Hunziker, Gundy revealed that after the Baylor game fell through, OSU athletic director Mike Holder did his best to try and “pick up an opponent” to fill the unexpected bye week so the Cowboys wouldn’t be off for two consecutive weekends, to no avail.

“We have another open week,” said Gundy. “We actually tried to pick up an opponent for this week, unsuccessfully. Coach Holder was working hard to try to get us a game, but it didn’t work out.”

He didn’t get into specifics on which team was perhaps the target of the OSU brass’s attempts to fill a hole on the schedule and I won’t speculate with reckless abandon, so let your imagination run free. (OK let’s speculate: How wild would it have been if they just moved Bedlam up to this weekend? With OU on bye this week it doesn’t sound that crazy, right?)

Maybe we’ll find out which team it was down the line, but either way, it means OSU’s gameplan against Baylor is being temporarily put in the archives for later this season.

“We put so much work into it, so we just file it away,” said Gundy. “We’re off Baylor, Baylor goes back to the middle of December. So you take all that and file it away, and now get ready for Iowa State.

“It is what it is, can’t change it,” he added. “We’re not playing Baylor, we’re playing Iowa State [next weekend], and we have another open week.”