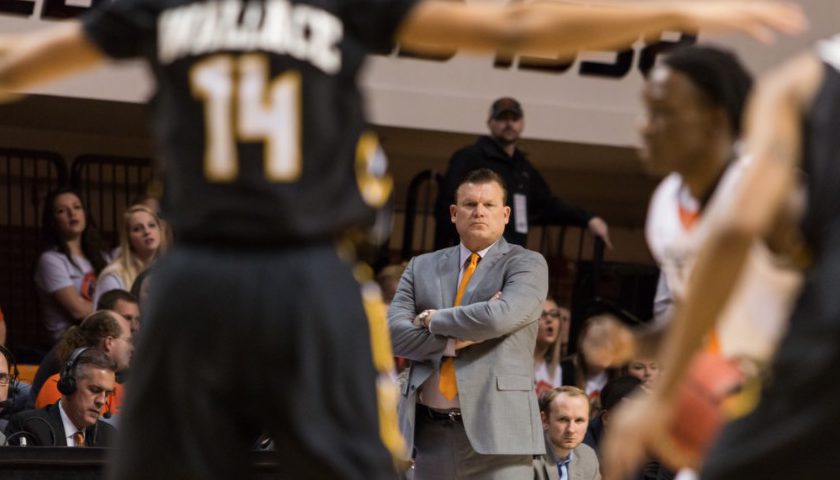 I have done a variety of mailbags in the six years since starting this blog. Most of them used to be emails my friends wrote me. Some of them were Twitter questions. I think we did some video mailbags one time.

In the last year or so, the emails, comments and tweets have picked up. They are higher quality now probably than they used to be. Sometimes “questions” for me via email are really just disguised comments and essays about the Pokes (many of which are very smart). So maybe we should hit a mini mailbag every week. Maybe not. Maybe there won’t be enough fodder to do so every week. But we’re going to this week.

And keep your emails and various ways you get in touch with me coming. I enjoy reading them, thinking about them and using them to shape the way I view Oklahoma State. Even if I don’t always reply. On to four questions/comments/exchanges/essays for today’s mini mailbag.

We emailed some back and forth during the “who do we hire” phase. About Gottlieb in particular. But I wanted to give you a few thoughts I have with our current state of affairs in Cowboy basketball.

First off, what were our expectations for this year? In my opinion, making the tournament was a reasonable expectation from the beginning of the season. Now over midway through, it not only seems daunting, but near impossible. But today, I think those preseason expectations for Underwood were unfair. Here’s why:

1. He has three players who physically compare well to their peers in the Big 12. And only 1 of them plays more than 20 minutes a game. That’s Carroll, Dillard, and McGriff. Phil, Juwan, and Averette are all undersized and struggle to cover their positions on the defensive end, especially when asked to be in passing lanes versus a focus on keeping their man in front of them. Waters and Dziagwa may get there at some point, but aren’t as quick as the guys they cover night in and night out.

2. We can’t forget our record last year. 3-15 in conference and 12-20 overall. That’s rough. Really rough. Taking a 9th place Big 12  team from a year ago and expecting a top 5-6 finish this year was overly optimistic and unfair — and that was me entirely.

3.  Jawun Evans is a different player than Marcus Smart. He needs help to be as elite of a point guard as we hope. It’s shown during this losing streak. He has been struggling to go get a bucket at the end of games when we need it.  I think he’s a point guard that wants to create for others before himself, but hasn’t had that luxury with the lack of a supporting cast around him.  With no great pick and roll post and without several freaky athletes to run with, his effectiveness drops.

The good news is this is Underwood’s first year. And I believe the trend will continue upward.

1. He is getting the type of players he needs to compete in this conference. The duo of freak athletes from Florida, the transfer from St. John’s, and Amari Harding are all Big 12 sized athletes who will compete at this level, even if it takes a year or two for them to develop.

2. Jawun will be back next year. Maybe I’m wrong, but I don’t see him drafted in the first round or early second round with the way Big 12 play has went for the Pokes thus far. I think he comes back to improve his stock. Oh and so will Jeffrey Carroll. That’s a very strong 1-2 punch to build around.

3. Underwood just seems to fit OSU. Now this is totally an opinionated point, but I do feel like his presence is right; he’s instilling confidence in players (Solomon and Dillard’s improvement), getting fans to games, and really cares about the program.

So while this 0-6 conference start is brutal in every way, let’s hang tight and ride this one out because I think improvement is on the horizon.

Meanwhile, we should get the football pads out at practice… Because you’ve got to play defense and rebound well enough to keep your opponent under 90 points on Saturday. -Grant N.

I think it’s a little unfair to disqualify Jawun from the Big 12 because of size, but these are all good points. Underwood even ceded recently that he can’t run the defense he wants to run because of personnel. While we’re here, let me make something clear on the Big Undie — I’m all in for the long-term with him. I think he’s awesome. I think he’s going to be a tremendous coach in Stillwater. But that doesn’t mean you aren’t above a little criticism for going L-L-L-L-L-L in you first six Big 12 games.

I am going to keep coming on here because (as much as I hate to admit) I like a number of the blogs and I like the conversations in the comments. It is, in my opinion, a great way to interact with you guys, being other passionate OSU fans. I like to hear other people’s takes on things.

But It bothers me, and I know it shouldn’t, but it bothers me how incapable (or unwilling) KP is to interact directly with his readers through Twitter or the blog. Unless you’re important, or your his buddy, there’s a 0.0007 percent chance you’re gonna hear from him. He’s a local blogger, but it seems as his ego lets off a “my blog is as big as Scott Van Pelt” vibe. Unless you disagree with him, that is. Then he’ll remind you that his opinion is the correct opinion and yours is stupid or less significant. -OSU Student

I saw this the other day, and I thought it was pretty interesting. I’m less offended than I am curious about what you guys think I do all day. We are publishing 10-15 posts a day, and I’m either writing (some) or editing (more so) a lot of them. It’s also, like some of you pointed out, my side job. I don’t not respond because I don’t like you guys, but at some point you have to choose what is going to eat up your time. For me the formula is simple — I can spend 10 minutes replying to people on Twitter or I can spend 10 minutes writing a post that makes a little money that can help hire more people and keep the blog going. I almost always choose the latter.

Also, I’ve responded to every personal email I’ve ever gotten about the site. Not the ones about Nigerian princes needing money, of course, but if you’ve emailed me about an idea or a thought, I respond (even if only a sentence or two) every time.

That being said, the criticism is not unwarranted. I don’t know if it’s fair, but it’s not unwarranted. I think this is something I (we) need to be better at in the future. This blog and my jobs don’t exist without you guys, and I’m aware of that reality. So apologies if it has come off nefariously, but that has never been my intention.

Has anyone ever tracked the accuracy of Rudolph’s deep throws? After watching the semi final games and seeing deep balls no where near the intended receivers, I realized how fortunate we are to have Rudolph. His deep throws are seemingly always on the money. -Don B.

I have not officially, but Pro Football Focus has. Here is what they found.

I’m glad Baker is coming back.  Bedlam with perhaps the best offense OSU has ever had?  I don’t know if my heart could take the Baker cooking up a Bedlam turkey during his stint at OU, but I at least want the chance to knock that arrogant Fu Manchu off his face.

I too am going to miss Jordan Sterns.  That dude was one of the most consistent play makers that OSU has had.  Missed only one game because of injury his whole career.

What is our identity going to be next year? Rudolph is going to have an embarrassment of riches in WRss, yet Justice is going to be looking for an even better year. [prays that sophomore slump is just a myth] Personally I think we just spread ’em out first drive and say that your 5 DBs can’t match up with our 5 WRs and throw them into submission early and hit them with Justice late. -Grant M.

It’s a terrific question. Thomas Fleming wrote about this recently, and I would be thrilled to see more of a true Air Raid re-instituted in 2017 with how deep OSU is at WR and how shallow it is at Cowboy Back.

Thanks to everyone for reading, and keep ’em coming!