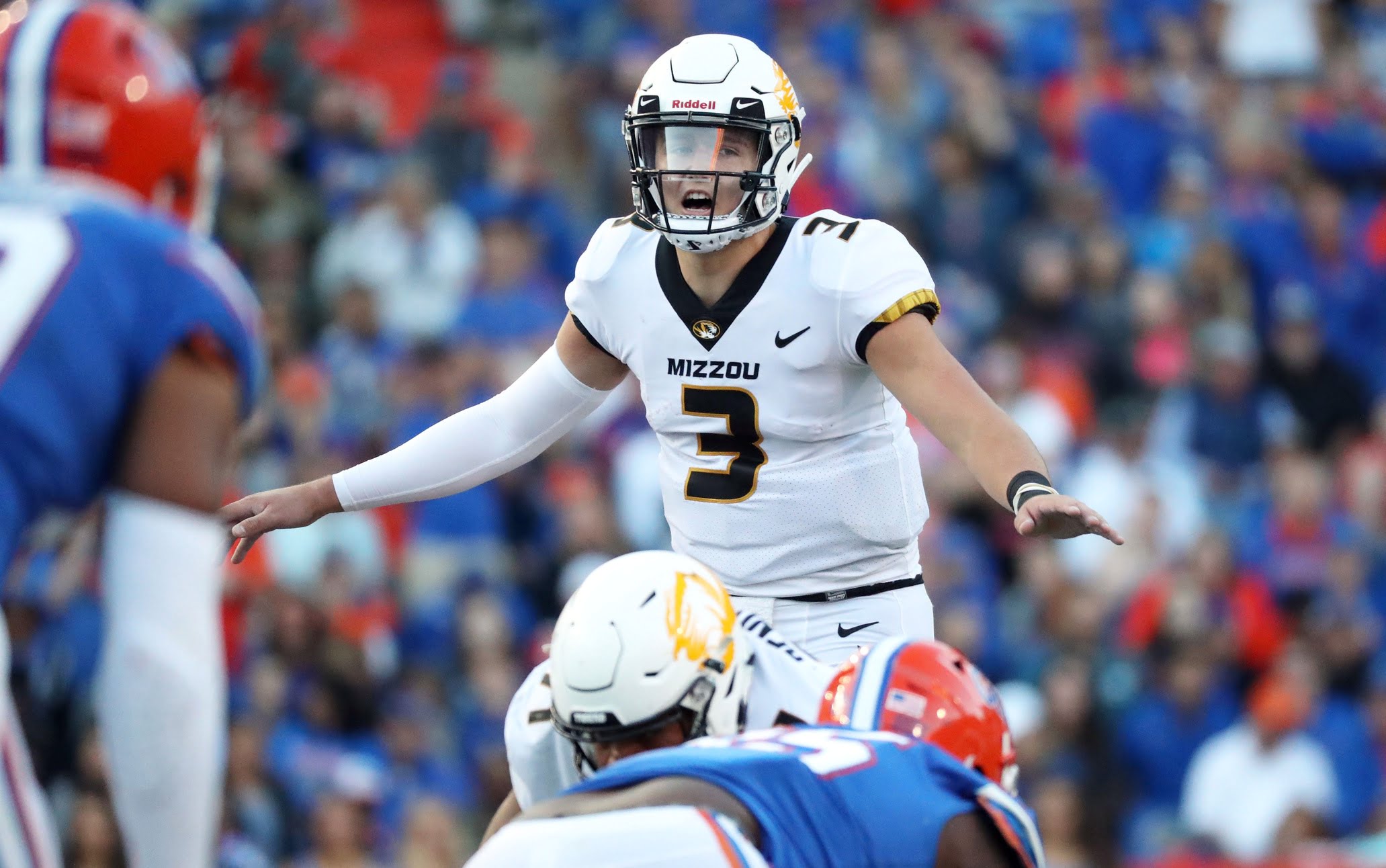 From a coaching standpoint it gives Mike Gundy his 13th consecutive bowl appearance and chance to 9-4 in the postseason. For Missouri head coach Barry Odom, it will be just his second game in December in his third year at the helm and a chance for his first bowl win.

For several players on either team it will be their final time to lace ’em up for their prospective schools. At the top of each list are the two quarterbacks leading a pair of top 20 offenses in the nation. Both showed up in Memphis ready to lead their team to victory during their swan song, but the two men took very different journeys to get to that point.

For Lock, the No. 7 pro-style passer and top prospect from Missouri in the 2015 class, he had to spurn offers from the likes of Ohio State, Tennessee and Texas to play for his dad’s alma mater in Columbia.

For Cornelius, the previous year’s recruiting cycle ended with zero Division I offers for the record-setting QB from tiny Class 2A Bushland High School. But he took the opportunity to walk on with OSU and finally got his shot to lead a team as a fifth-year senior.

Lock, on the other hand, made an immediate impact, playing all 12 games as true freshman in 2015, starting the final eight. He’s been the Tigers’ QB1 since and has racked up a slew of program passing records along the way.

Here’s a look at each QB’s senior season heading into his final collegiate game.

Cornelius is among the top 12 nationally in passing yards and passing TDs, impressive numbers during his one year as the starter. But Lock ranks second among passers all-time in the SEC with a career total of 11,820 yards. His 96 passing TDs are third in the history of that conference where it just means more.

But what really matters in this comparion is what happens on the turf inside the Liberty Bowl Memorial Stadium on Monday afternoon/evening. Let’s look at what each QB offers.

As far as 2018 has gone, Cornelius has been a bit sporadic on the whole but played much better down the stretch — though his team didn’t follow suit dropping three of the last five games.

“I’ve just gotten more comfortable out there,” said Cornelius. “Everything has slowed down a lot, not feeling rushed as much, just kind of relaxing and playing the game like I should be.”

Lock, the seasoned veteran, was predictably much more stable throughout his fourth year on the field, and led his team to a 6-1 finish after starting 3-3. The Tigers come in on four-game win streak.

Lock has a cannon for an arm — which makes him an intriguing prospect for NFL teams — but has shown accuracy issues on the easier plays and hasn’t been the stingiest with the ball. (Only two SEC quarterbacks have thrown more picks this year.) Lock’s a capable runner with 145 yards on the ground and six scores.

During his pre-bowl press conference, Mike Gundy was asked how facing elite QB talent like Kyler Murray and Will Grier has helped his defense prepare for another NFL hopeful in Lock.

Gundy said that each is different but likened Lock to Will Grier in that both have the ability to beat you with their feet, although that may not be each’s forte.

“They have the ability to run a little bit, and move around and make a play,” Gundy said. “[They’re] not gonna do it a lot. They wanna do it inside the 12-yard line.

“You have to plan for each one of them differently, but he’s a really good player. He’s probably going to play this game for another 10 or 12 years.”

On OSU’s side, Cornelius has shown the ability to make any throw needed and has been even more dangerous on the ground. His consistency will also be a key for his team’s success.

The key for the Cowboys defense will be its ability to bring pressure (as its apt to do), while not giving up a big play (as it’s also apt to do). As Dustin Ragusa pointed out, Missouri’s OL didn’t give up many sacks this season, but when they did, it resulted in Tiger losses. OSU needs to crack that code and having Jordan Brailford on board for his final game should help its case tremendously.

This game will likely go as the winning QB leads. If Oklahoma State can limit the big plays by Lock and Co. and Cornelius can end his career on a high note, the Cowboys will have every opportunity at the upset.