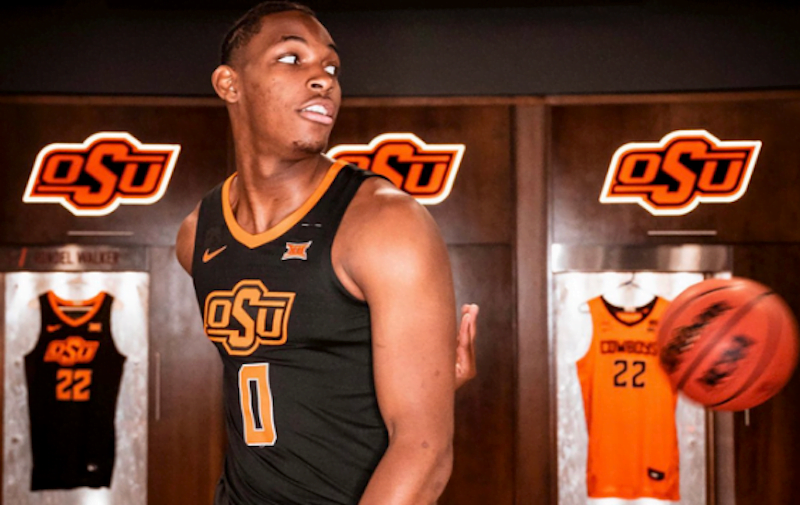 Five-star Class of 2022 prospect MJ Rice will make a decision about his basketball future on Tuesday. Ranked as the No. 20 player in his class, he is expected to choose among a wide array of options that includes OSU.

Here is what to know ahead of his decision and where we think he lands.

Expert predictions: For as high profile a prospect as Rice is, the lack of predictions out there is pretty puzzling. This feels like a legitimate toss-up. As Marshall noted here, NC State was at one point considered a frontrunner, then the G League emerged as a viable landing spot, now … who knows? 247Sports’ crystal ball currently has all predictions reading that he’ll turn pro for now. Meanwhile analyst predictions at Rivals (all one of them) read NC State — and that was all the way back in February.

Marshall Scott: Oklahoma State. Rice just visited Pitt last week, so the Panthers could be a sneaky selection here. But, I’ll take the Pokes based on a gut feeling. Rice’s recruitment has been an interesting track. It felt for a while he would end up with home state school NC State. Then it felt like the pro route was the favorite. I’m not sure I’d be overly shocked at him committing to OSU, Kansas or Pitt at this point.

Kyle Boone: Kansas. He told Rivals.com that his impression after making visits to OSU and Kansas were that they were “pretty similar” to him. The difference? “Oklahoma State was very hot,” he said. “It was super hot down there.” Now, I’m not going to draw any major takeaways from a comment on climate. He could end up at Pitt or the G League just as easily as he could land at OSU or Kansas. I just think the Jayhawks might be the late-charging team that wins his services. His recent comments on KU have been very complimentary, and as I try to read tea leaves, it at the very least indicates KU might be the leader entering the final few days of his recruitment.

Kyle Cox: Kansas. This feels like a Kansas haul, but I’m optimistic that Oklahoma State is a close second and wouldn’t be shocked if he ended up Stillwater.