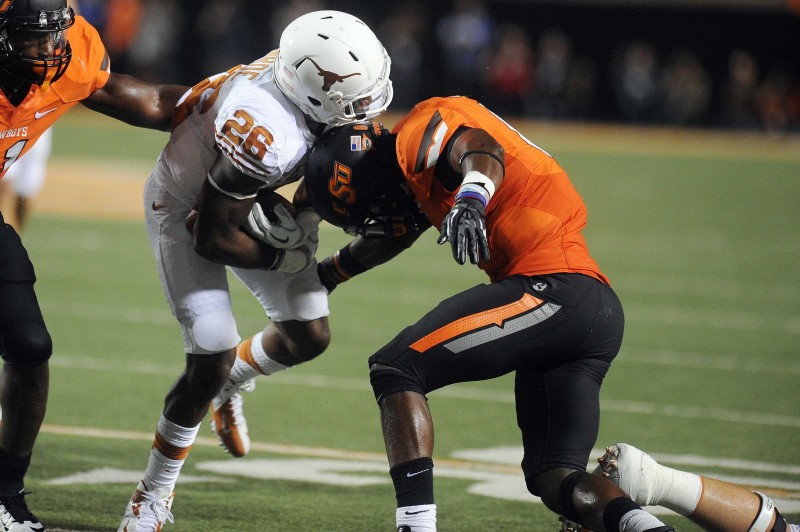 Yesterday the 2013 Big 12 media poll came out. I gathered a lot of the reaction in today’s Bullets and it was basically one big collective “throwing our hands in the air and saying ‘whatevs, we have no clue!'” from the rest of my media friends.

It’s always tough to pick these things and, you know, it’s July so it doesn’t matter a ton but I got to wondering about which teams have traditionally been the most difficult to pick.

Here they are in order[1. WVU and TCU are statistically the most difficult to pick but…SAMPLE SIZES!]:

The media misses on Kansas State by an average of 1.75 spots. An average! There used to only be six spots to pick when there were two divisions!

OSU is right smack in the middle as the media usually misses on them by an average of .95 spots (this was helped by last year when they were picked 4th and finished 4th[1. I just went by order of finish on the Big 12 website so if teams finished with the same record I just took them in order they were listed, top to bottom. Probably not 100 percent accurate but definitely quicker than looking up all the tiebreakers.]).

So we know when teams don’t do what the media predicts but that could mean it’s because they overachieved or underachieved. So here’s a look at the number of times different teams have been picked too high or too low.

Of the 15 times OU and Texas were picked perfectly, eight were when they were picked and finished No. 1.

Every time OSU has been picked perfectly it finished 3rd, 4th, or 5th.

Finally, here’s a look at big misses — defined by times the media has whiffed on a team by three or more spots.

The only time the media missed on OSU that badly was in 2010 when OSU was picked 5th and finished 2nd.