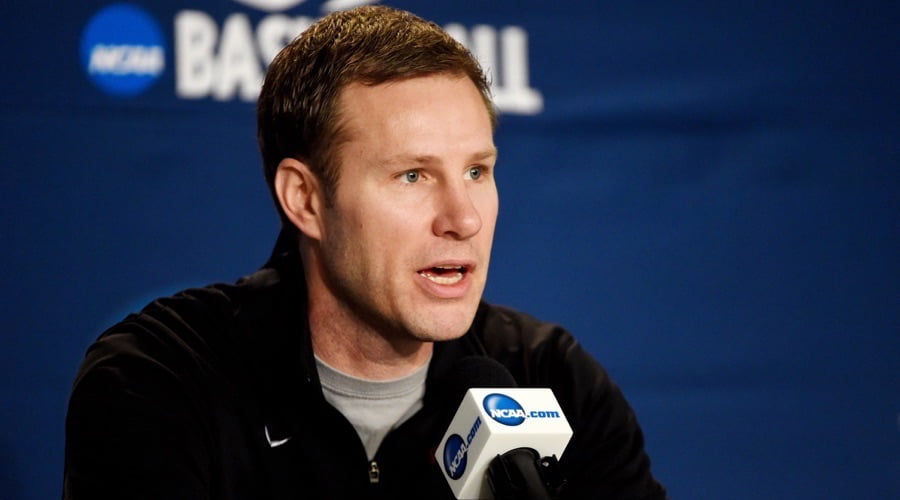 I realized as I was filling out my bracket this year that I know less about college basketball this season than any season in the last 15 years.

That’s usually what I do when it comes to brackets anyway. I want to root for Davidson and Wichita State so I irrationally pick them. It’s no way to win a pool but it makes for a fun March.

Also, only the worst people on the planet fill out multiple brackets. “One or none,” is what I always say (or started saying as I wrote this post). 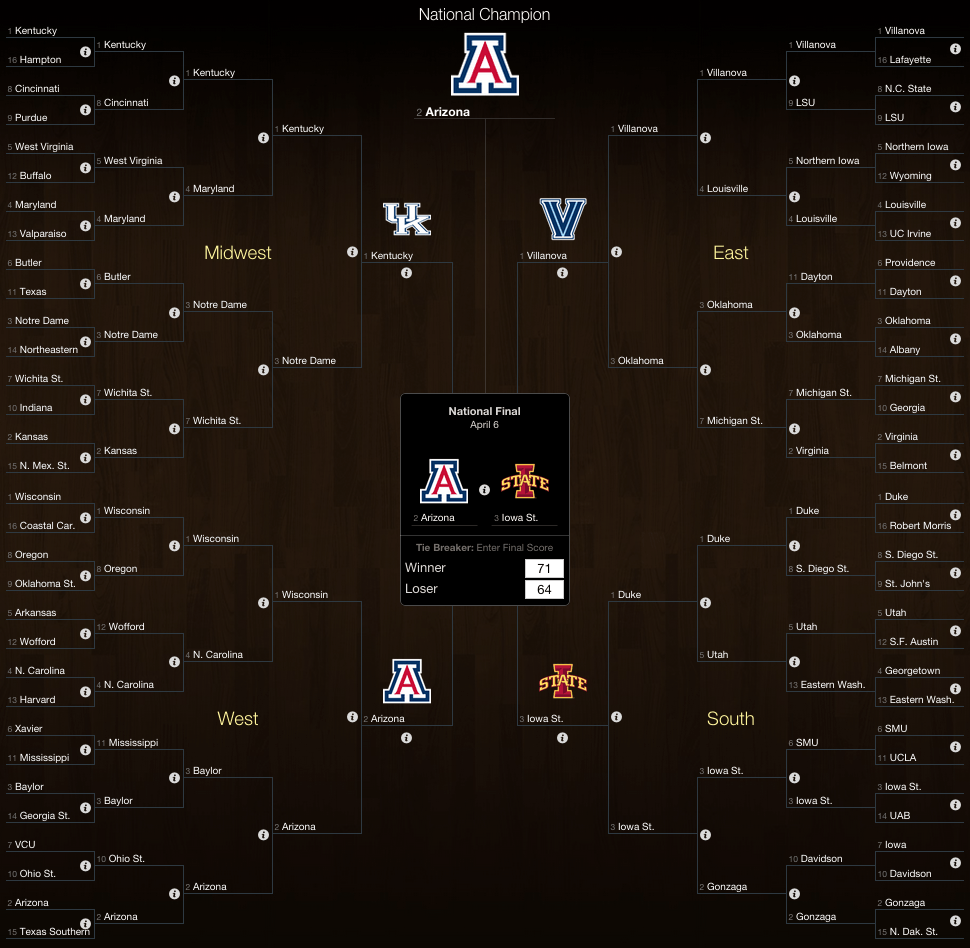 I would have picked a Wisconsin-Arizona title game if they weren’t in the same region. If they both emerge to play to go to the Final Four, that’s going to be a bloodbath.

It seemed appropriate to have at least one team from the greatest conference ever assembled in the Final Four. I’m not in love with this Iowa State team, but Hoiberg seems to carry Hilton Magic in his breast pocket wherever he goes.

I know next to nothing about Villanova, but I couldn’t bring myself to put Ryan Spangler in the Final Four.

Wichita State-Kansas is a dream second round matchup which means New Mexico State-Wichita State will suck (but the Twitter tirade from Fake Dan Beebe when KU falls to a No. 15 seed will win the Pulitzer).

As for our matchup, how else am I supposed to pick it? OSU has lost six of seven and Travis Ford and March get on about as well as Phil Forte and days off. I’d love to be wrong…but I think we all know I’m probably not.