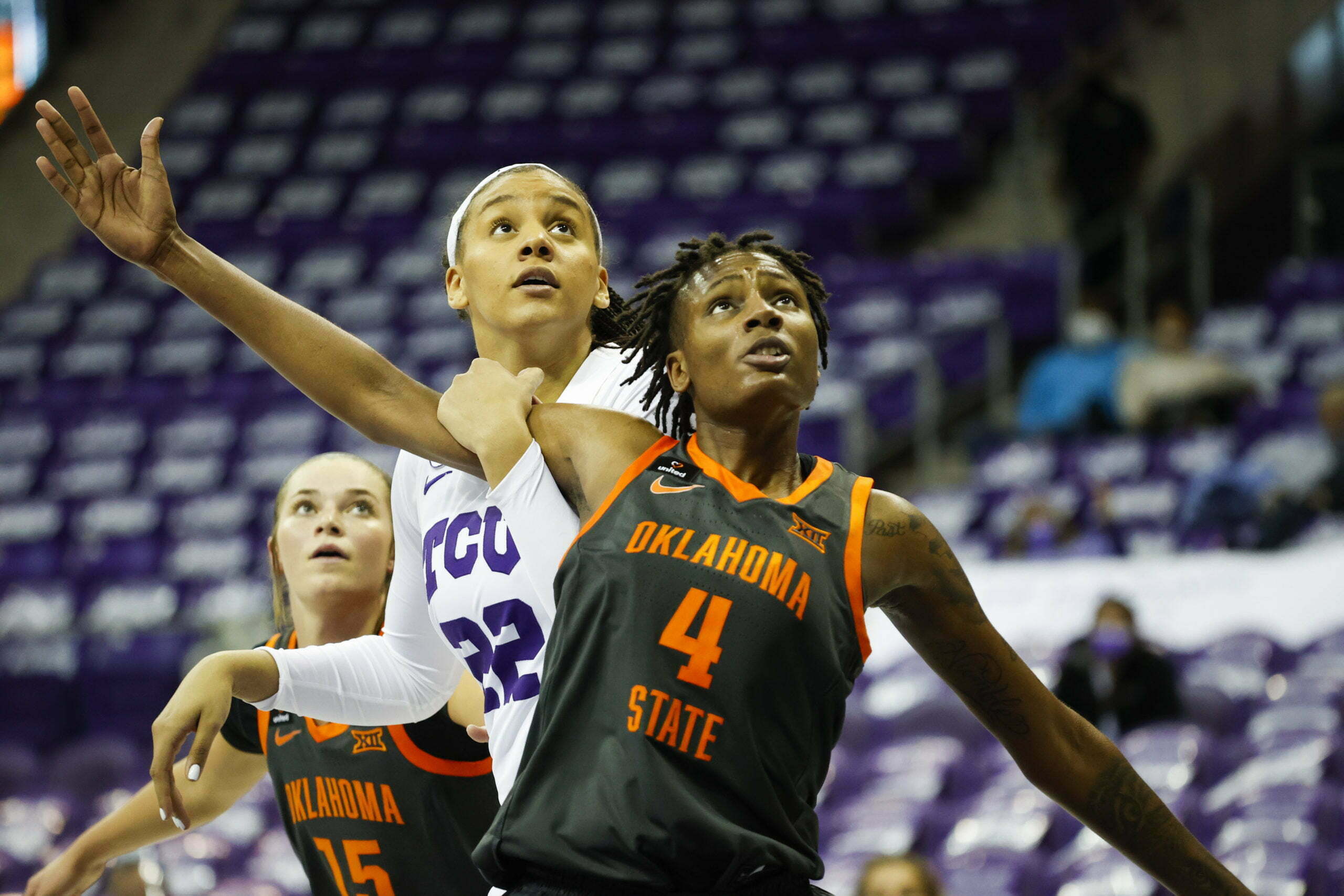 A lot of hoopla has been made of Cade Cunningham’s draft projections, but the Cowgirls have a projected first-round pick on their roster, too.

Natasha Mack dominated at TCU on Wednesday night to help the Cowgirls secure a 78-53 win against the Horned Frogs. Mack recorded a triple-double with 28 points, 17 rebounds and 10 blocks. She stuffed the stat sheet further, picking up six steals and three assists while having just a single turnover.

ESPN projected Mack as a top-10 pick in the next WNBA Draft in early December. Her stock should only grow with performances like Wednesday’s.

It was Mack’s first triple-double of the season, but she has recorded five double-doubles in the Cowgirls’ past seven games. She is averaging 17.8 points, 11.2 rebounds and 4.3 blocks a game through the Cowgirls’ opening 10 contests. She leads the nation in total blocked shots with 43. Second place has 35.

Mack’s success is part of the Cowgirls’ greater successes. OSU is 4-0 in Big 12 play this season. It’s the first time that’s happened since 2007-08 when Andrea Riley averaged 23.1 points a game.

The Cowgirls haven’t lost since Dec. 13 when they fell in a head-scratcher to Tulsa. They have since beaten Oklahoma, West Virginia, North Texas, Texas Tech and now TCU.

OSU is 8-2 on the season and will next take the court next Wednesday against Iowa State in Ames.