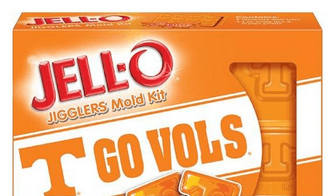 Twice this weekend I saw examples of a national company messing up the OSU brand. First, I saw it on this Clemson hat:

So #Clemson changed it's mascot from Tigers 2 the Cowboys. Guess it's fittin since they only give 8 sec ride #OkState pic.twitter.com/MIhrA49vcf

I mean, what is the correlation here? They’re both orange?

The better one was here though, with good ol’ JELL-O:

.@JELLO this is still wrong pic.twitter.com/dXfG0z8Tb5

The best part wasn’t that they thought Tennessee was playing OSU but that they used the phrase “Tennessee Vols is.”

Okay, the OSU part was funny too.