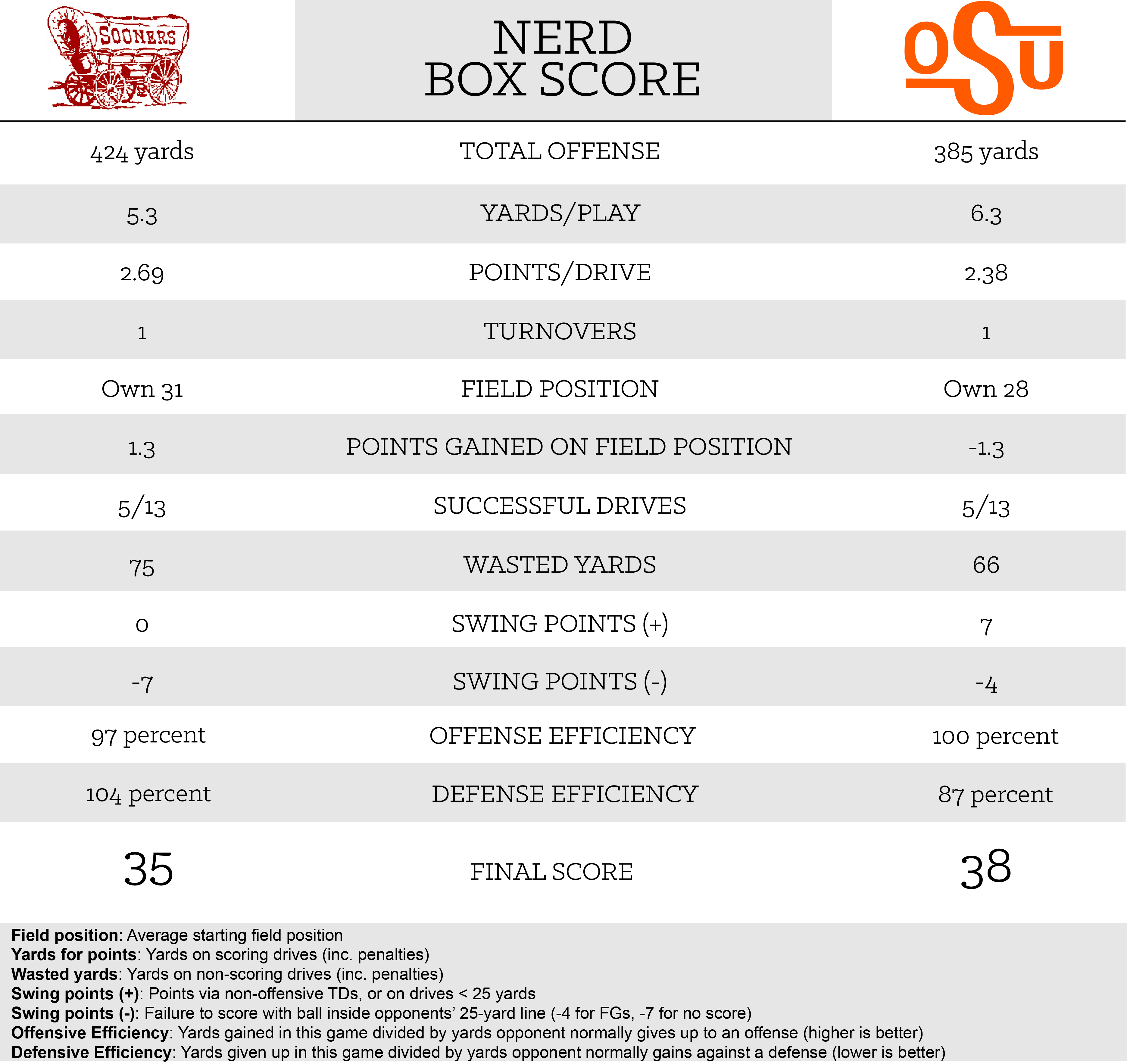 Even this mundane nerd box score gets me giddy as crap to review what was one of my favorite games of the Mike Gundy Era.

• OSU has become much more efficient with Mason Rudolph at the helm. It hadn’t averaged over 5.5 yards per play since the Texas Tech game and went 5.8 against Baylor and now 6.3 against OU. That’s not an accident.

• We recovered a fumble! A real live dropped ball on a run by the other team! It looked for 11.5 games like OSU would become the first team since [the record books don’t go back far enough online] to go fumble recovery-less for a season.

Still we’re the only team of the last six seasons to recover fewer than two in a season.

• Of note: OU was successful with TDs on four of its first five drives and then only one of its next eight.

• Those are the most wonderful seven positive swing points in the history of Oklahoma State athletics.

• OSU gained almost exactly the number of yards OU gives up per game on the season (382).

• OSU has started closing drives down better, too. The only negative swing points came on the OT field goal which…who cares? It’s not putting together enough great drives but when it does the door is being slammed.[1. Frantically searches for Mason Rudolph paraphernalia on eBay.]