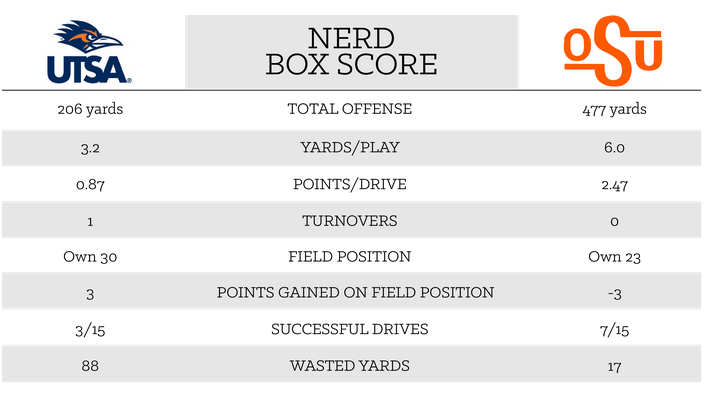 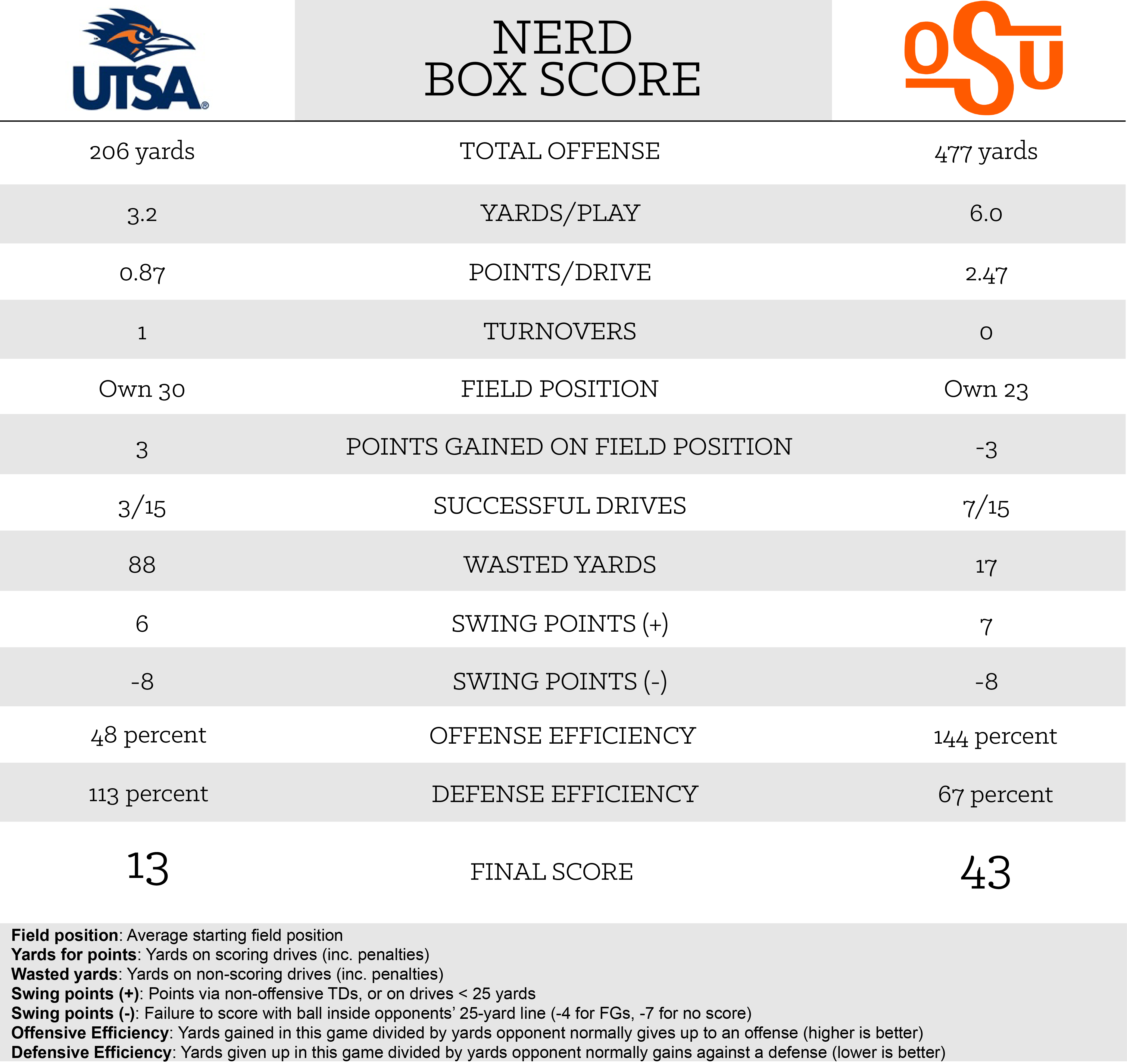 It wasn’t an interesting game per se but this is a pretty intriguing nerd box score.

A few things that stood out:

• You will lose zero games the rest of the year if you allow 0.87 points per drive. Zero. That number would have ranked No. 2 in the country last season, by the way, behind undefeated Florida State.

• OSU’s average field position of its own 23 is as bad as I’ve ever seen it. They’re usually in the own 30 to own 35 range which is near the best in the country.

• Only 17 wasted yards. That’s a reference to yards gained in non-scoring drives, of which OSU had eight, of which all eight were three-and-outs. 17 yards in eight drives!

• The sample sizes are still pretty small but that was a boss defensive performance from OSU on Saturday. Its defensive efficiency of 67 percent means it held UTSA to about 67 percent of its normal total output. Stunning.