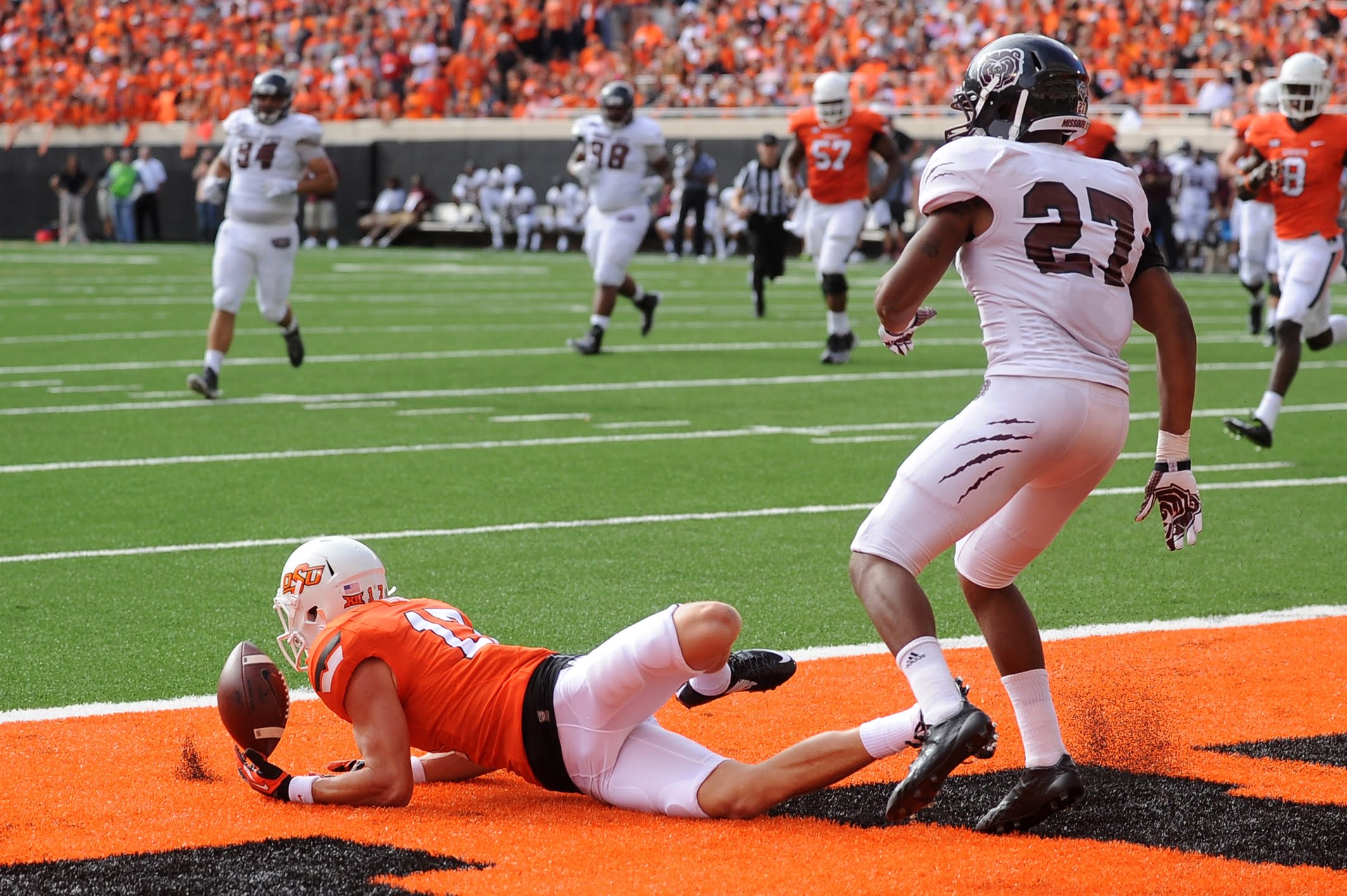 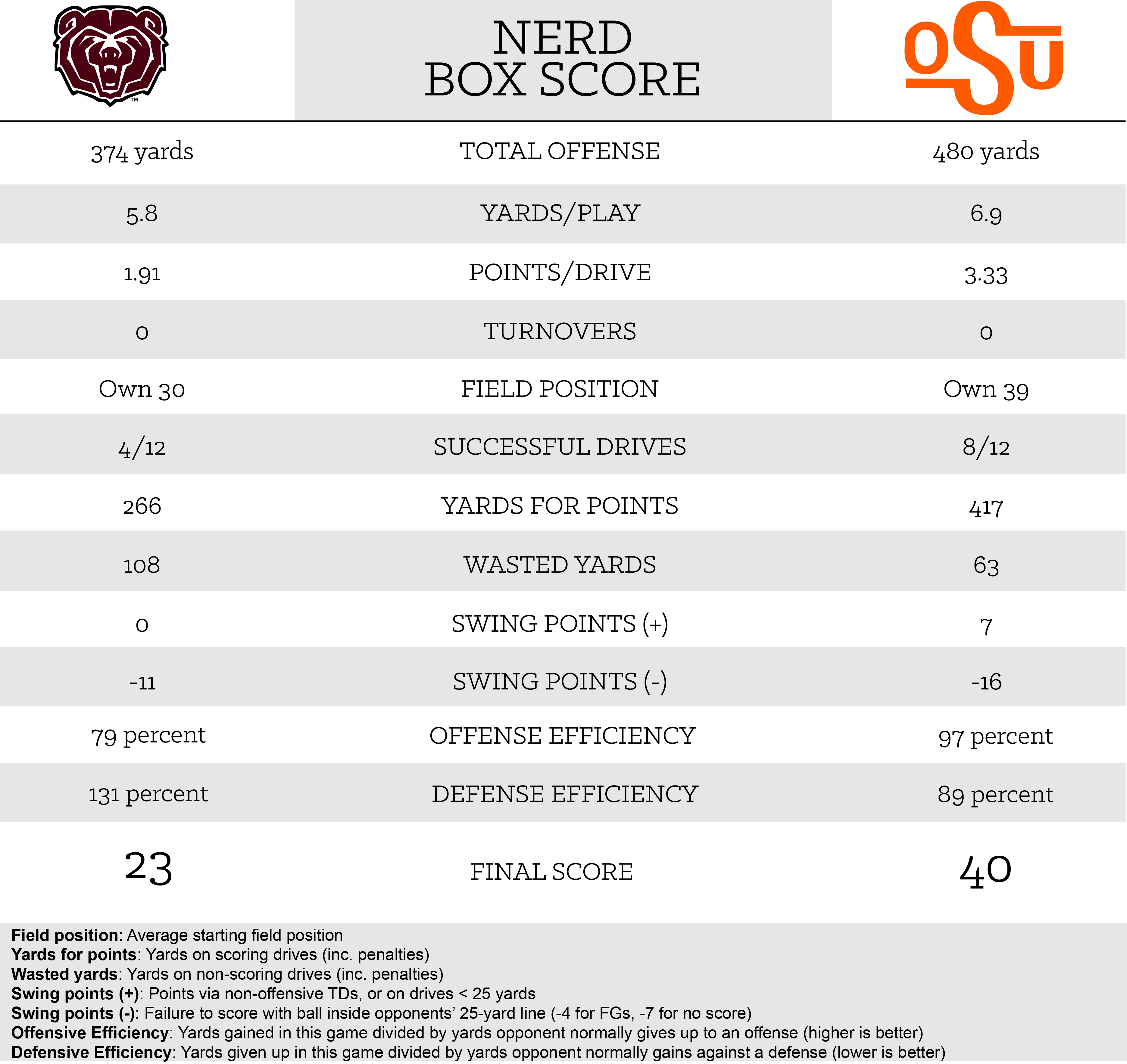 Here’s a look at the Week 2 nerd box score.

OSU turned in the type of box you’d expect against FCS opponent but probably not the type this team expected against Missouri State.

Gundy was absolutely right when he said this:

“We were kicking way too many field goals, and we have to improve in areas like that.”

Missouri State’s average starting field position was, get this, two yards better than Florida State’s in the opener. That’s stunning to me.

The only other thing that stood out to me was that Missouri State actually gave up more yards in Week 1 to Northwestern State (493 yards) than it did this week to OSU. Granted, you’re playing freshmen and sophomores for most of the fourth quarter, but still.