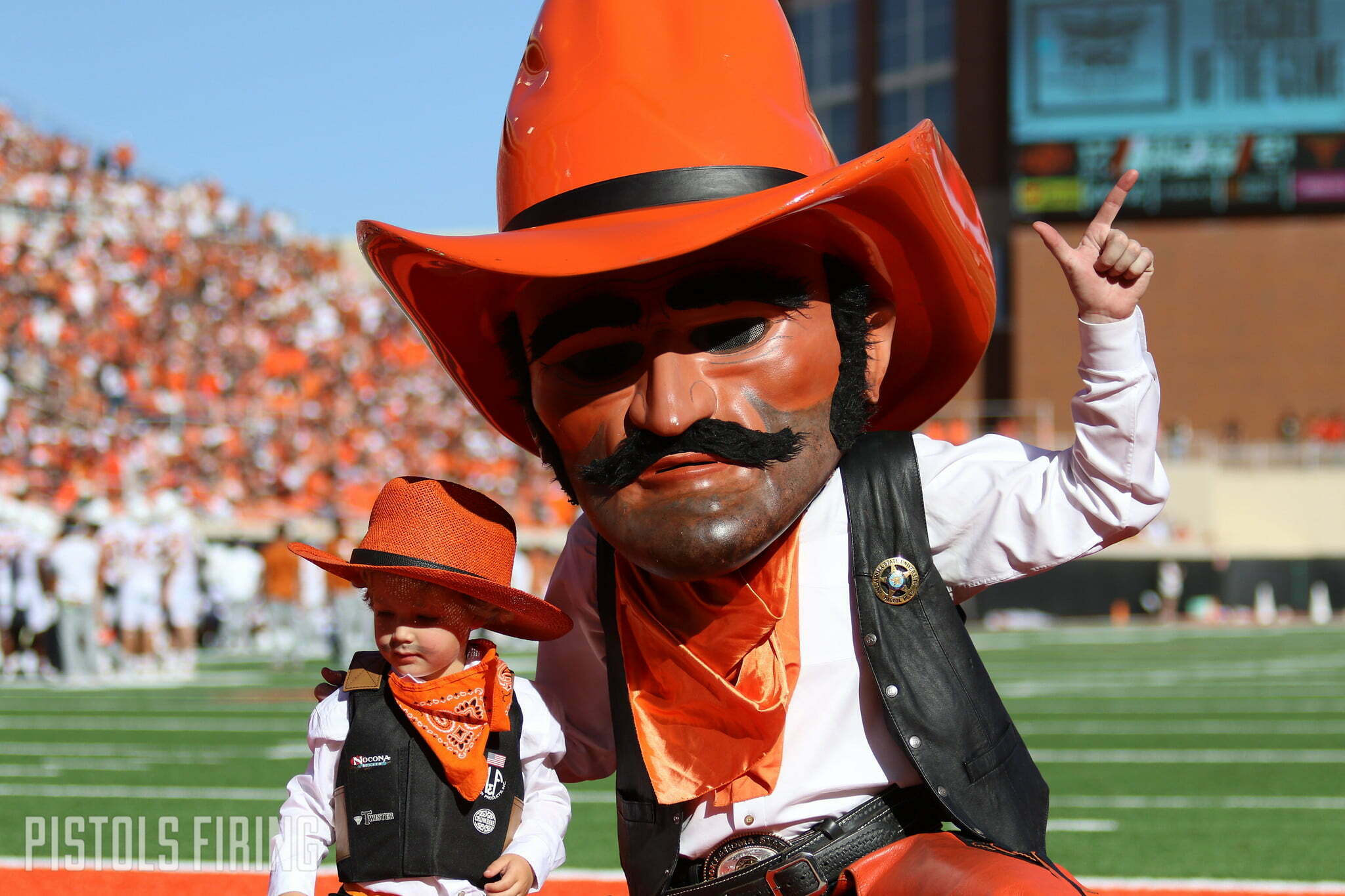 The fit between Oklahoma State and Justin Wright seems perfect.

Oklahoma State had a need at linebacker with Mason Cobb entering the portal. Wright is a linebacker.

And to top it all off, Stillwater is just a short drive from Tulsa, where Wright planted his roots the past five seasons. In fact, Stillwater is actually a bit closer to Wright’s hometown of Abilene, Texas.

It all just fit, and thus Wright committed to Oklahoma State this week after leading the Golden Hurricane with 101 tackles this past season.

Wright sat down with Dan Hawk and Scott Pfeil of The Blitz 1170 Thursday morning in an outstanding interview (you can listen to the full interview here) where Wright shared his story of entering the portal and committing to Oklahoma State.

Wright said he was initially going to test NFL Draft waters, but after getting his grade back and Tulsa firing coach Philip Montgomery, Wright made the tough decision to get in the portal.

He was a two-star recruit in high school who got his Tulsa offer the day before signing day. He wasn’t sure what his transfer prospects would be, but it didn’t take him long to find out.

Wright entered the portal, posted his graphic and drove home to make some lunch when his phone started ringing. It was OSU linebackers coach Joe Bob Clements.

“I was on the phone and my wife was in the other room, and I literally ran to her like, ‘Emma! Emma! Emma! Oklahoma State! Oklahoma State!” Wright said. “As soon as I got off the phone, I dropped. It was emotional. I don’t know how to explain it. I felt like finally I was getting some love from — you know, TU is a smaller school. We don’t have the best stage or platform to be noticed as a bigger level. I thought Oklahoma State reaching out to me an hour after hitting the portal was a blessing.”

Oklahoma State was the first to call, but it wasn’t the only program with interest in Wright. Iowa State, Minnesota, Wake Forest, Kansas and Georgia Southern also sent out offers, but the fit was too good in Stillwater.

He has already taken an unofficial visit to Stillwater and will take an official this weekend — alongside fellow Tulsa portal entry Anthony Goodlow. Goodlow, a defensive end, is Wright’s roommate and had 44 tackles, eight tackles for loss and a pair of sacks for Tulsa this season. Since popping in the portal, Goodlow has announced offers from OSU, TCU, UCLA, West Virginia, Arizona State, Rutgers, SMU and Tulane. Wright said Goodlow is going on this visit to Stillwater and another one, and Wright added he didn’t think it’d be long until Goodlow made his decision.

“I think there’s a great chance [Goodlow picks OSU],” Wright said. “Now, I don’t know what he would go with, but it’s definitely on the board.”

Wright said he has spoken with Oklahoma State defensive coordinator Derek Mason. That’s interesting because Mason being at OSU next season has been called into question. The Oklahoman‘s Scott Wright reported Mason’s deal was actually just for one year. Here is what Justin had to say about Mason.

“He’s cool,” Wright said. “I only met him once, talked to him a couple times. The whole time he was talking to me, he was smiling the whole time. I know when someone looks friendly and talks friendly and whatnot, but I can definitely tell he means business. He’s gonna be a great DC for me. I just know that.”

Wright said he has also talked with a few key returners in Oklahoma State’s defense, including one who wears the same number Wright wore at Tulsa — No. 30.

“Kendal Daniels and Collin Oliver both reached out to me, actually,” Wright said. “… I asked [Oliver], ‘Hey, are you changing numbers or are you gonna stick with 30?’ He likes it. To put in short, he likes the number 30.”

Whatever number he chooses, it might not be long before he is in it. Although Wright can’t play in the Guaranteed Rate Bowl with Oklahoma State, he said the plan right now is to get enrolled at OSU so that he can start practices and travel with the team to Arizona.

“As of right now, I will not be able to play in [the bowl game],” Wright said. “At least, that’s what I’ve been told. But, there is some works on me getting enrolled down there — because I have to be enrolled and finish out my semester [at Tulsa]. Have to get enrolled, and this isn’t for sure or not, but if all things go as planned, then yes, I would be in Arizona during Christmas with Oklahoma State getting to practice, getting some bowl gifts and whatnot.”