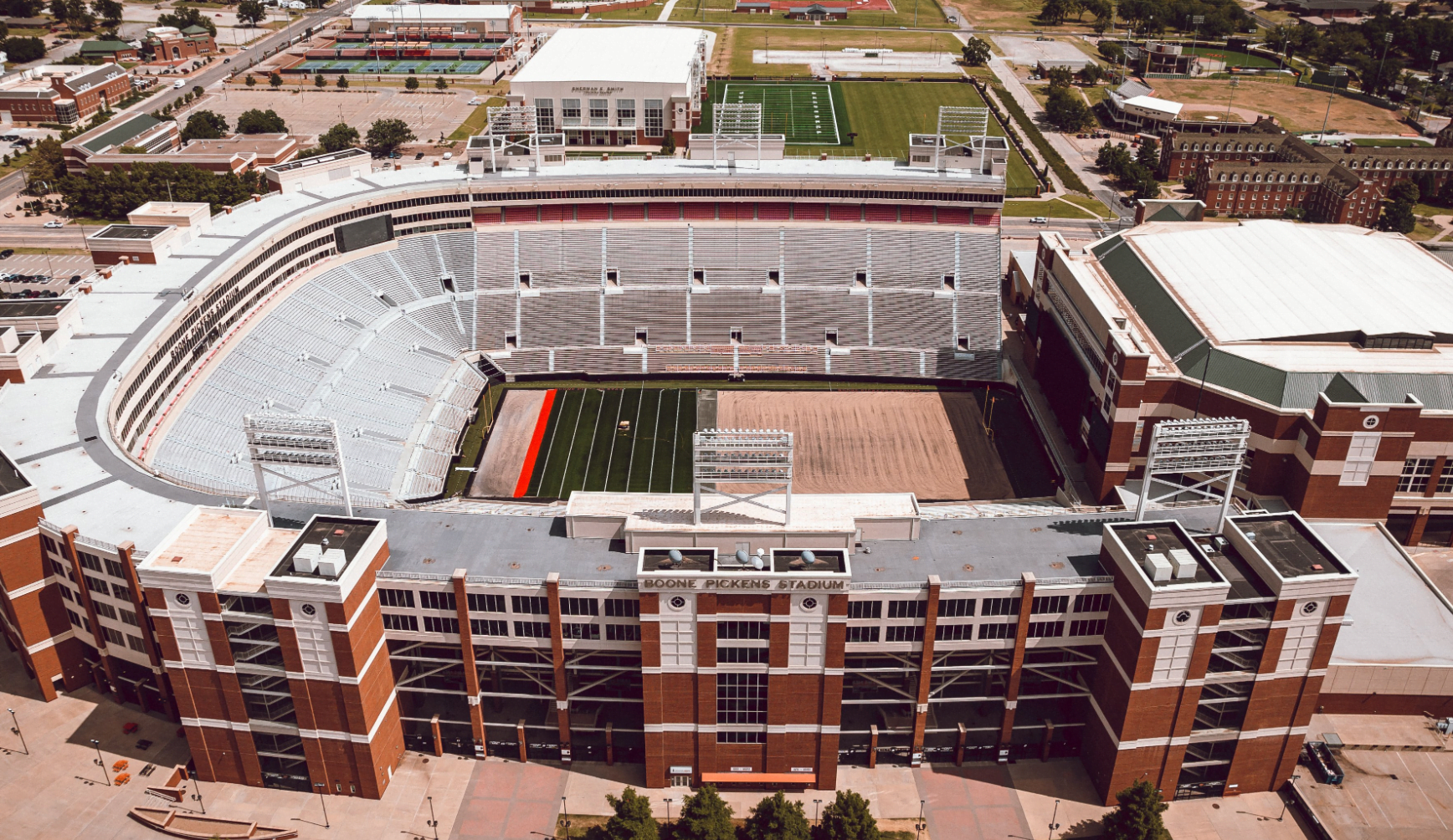 Oklahoma State’s plans to commit more than $40 million in facilities upgrades this offseason appears to be coming along quite nicely. The plans, which include new turf for Boone Pickens Stadium and for the practice facility, are part of a dramatic overhaul of renovations that were approved by the Board of Regents earlier this year — comprised almost entirely of structural upgrades to the football stadium. (The Oklahoman reports roughly $40 million will go towards a project involving the structure of BPS.)

Only a fraction of that $40+ million — roughly $1.2 million, to be exact — will go towards turf and field upgrades. Still, they may be the most visible change fans see next season, and it already looks to be a huge upgrade. First off, here’s a pre-upgrade look at the field from Cowboy Backs coach Jason McEndoo.

And here’s a few looks at progress pics of the latest turf. I don’t want to get too far out over my skis, but it looks like significantly more aesthetically pleasing already (and the old turf I thought was pretty solid). Photos come via OSU football’s Twitter account.

And here’s a good pic that shows both the new and the old.

You can tell it’s noticeably darker than the old turf and looks more grass-like. It’s also pretty clear the old turf had way more wear and tear than I thought. It happens gradually over the years but compared to the new stuff, it’s a pretty stark contrast.

This isn’t exactly the best time of year to be adding the turf — it’s been in the 100s most of the week! — but the timing is great for OSU, at least. The turf upgrades are expected to be done well in advance of the 2022 football season.