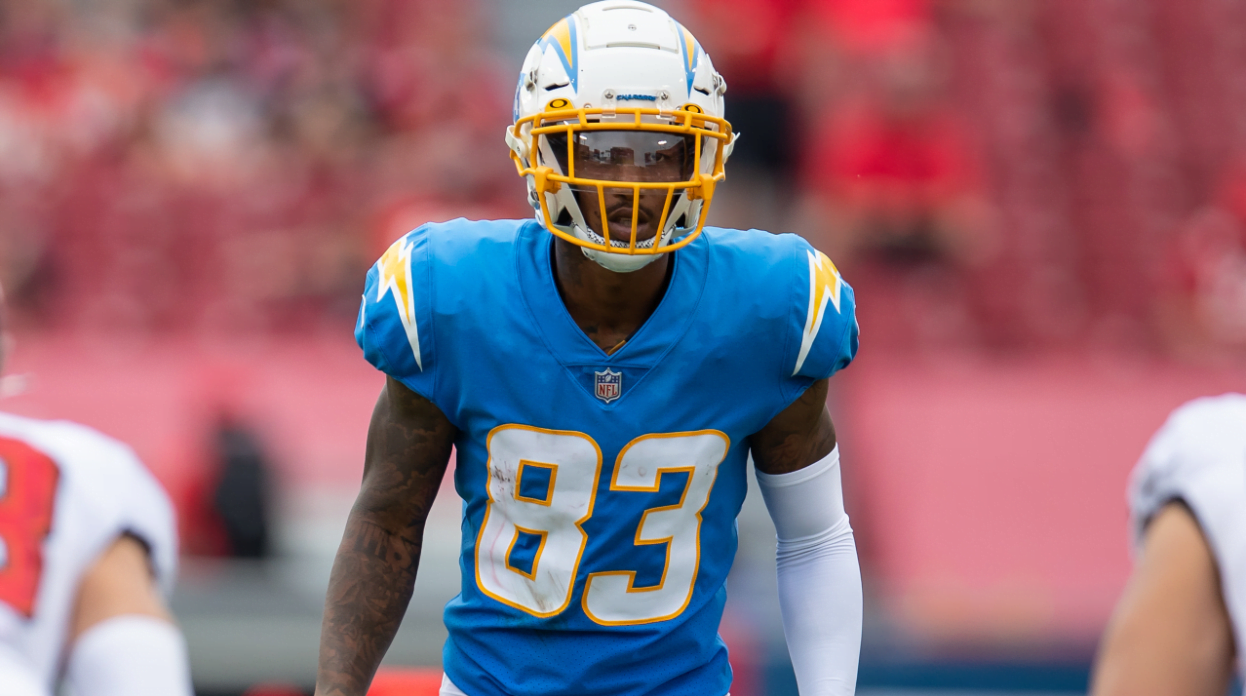 Week 4 of NFL action is in the books, so let’s look back at some of the highlights made by former Cowboys. And let’s start with an exciting debut that took way too long to happen.

Reminiscent of his debut at Oklahoma State, Tyron made a big splash in his premiere with the Los Angeles Chargers on Sunday.

In case you don’t remember, Tyron’s first target at OSU came during the Cowboys’ season opener against Tulsa back in 2017. He ran past the Golden Hurricane defense and into the end zone where he caught a 44-yard bomb from Mason Rudolph.

Three years later Tyron found himself, again, running past a secondary, this time clad in Tampa Bay Buccaneers garb. And this time it was a 53-yard bomb from Justin Herbert.

You’ve got to think that a 1:1 target-to-TD ratio affords Tyron the chance to earn more playing time moving forward. Look out for No. 83 next Monday night when the Chargers head to NOLA to face the Saints.

One week after going down with a somewhat scary-looking knee injury (especially considering his history), Carson was active and started for the Seahawks against Miami and led all rushers.

Carson picked up 80 yards and two scores on the ground as well as three catches for 20 yards through the air.

E-Man Getting into the Backfield

Emmanuel Ogbah continues to feel his way into his new role with the Miami Dolphins but things were clicking for him on Sunday.

Ogbah racked up five total tackles and this sack of Russell Wilson, which makes three straight weeks of him getting to an opposing QB.

Unfortunately, things were clicking quite as well for the Phins, who fell 31-21 at home.

• Tre Flowers started for the second week in a row as Seattle CB Quinton Dunbar remained out with injury. Flowers recoreded seven total tackles. Dunbar’s status for Week 5 is still up in the air.

• Justice Hill was active for the first time this season after suffering from a thigh issue that kept him sidelined the first few weeks. He did not get the ball, however. He recorded one tackle on punt duty.