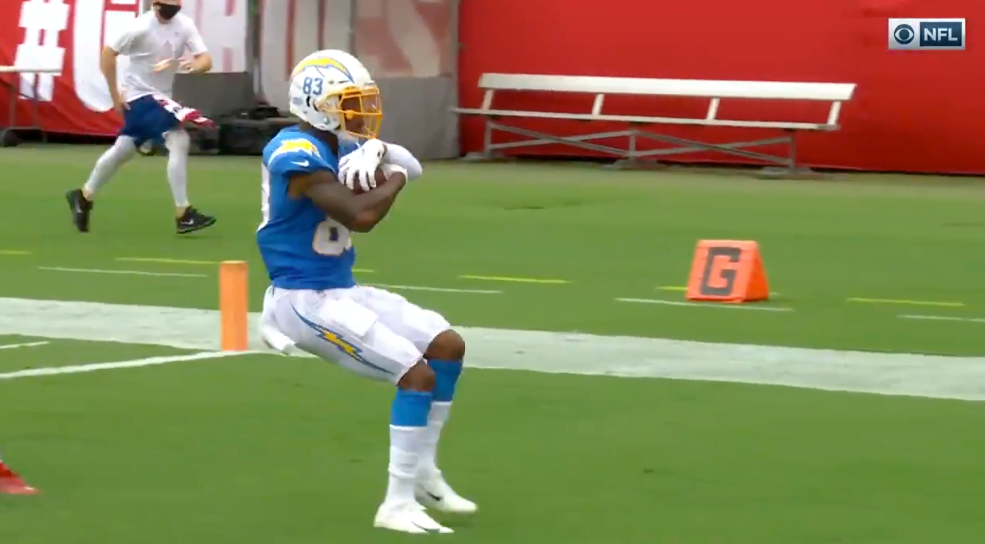 Tyron Johnson might go down as the most efficient wide receiver of the NFL’s fourth week of action.

Called up from the practice squad to the active 53-man roster for the LA Chargers’ Sunday bout vs. the Tampa Bay Buccaneers, the former OSU standout caught the only target that came his way in the team’s 38-31 losing effort — which went 53 yards to the house.

This looks familiar, doesn’t it?

Johnson was one of nine Chargers players to catch a pass from rookie quarterback Justin Herbert on the afternoon. He tied for the fewest catches, but had the third-most yards receiving and tied for the most scores. (In other words: LA seems to be following OSU’s path of not getting him the ball enough.)

The Chargers are plenty deep at receiver on the whole but with outside receiver Mike Williams nursing his way back from injury, Sunday could’ve been a prove-it spot for Johnson to get more looks on Sundays. We’ll see if he did enough to warrant a full-time spot on the 53-man moving forward, but a 100% catch rate and 100% touchdown conversion rate sure should help his chances of sticking around in the NFL — whether it’s with the Chargers or elsewhere.