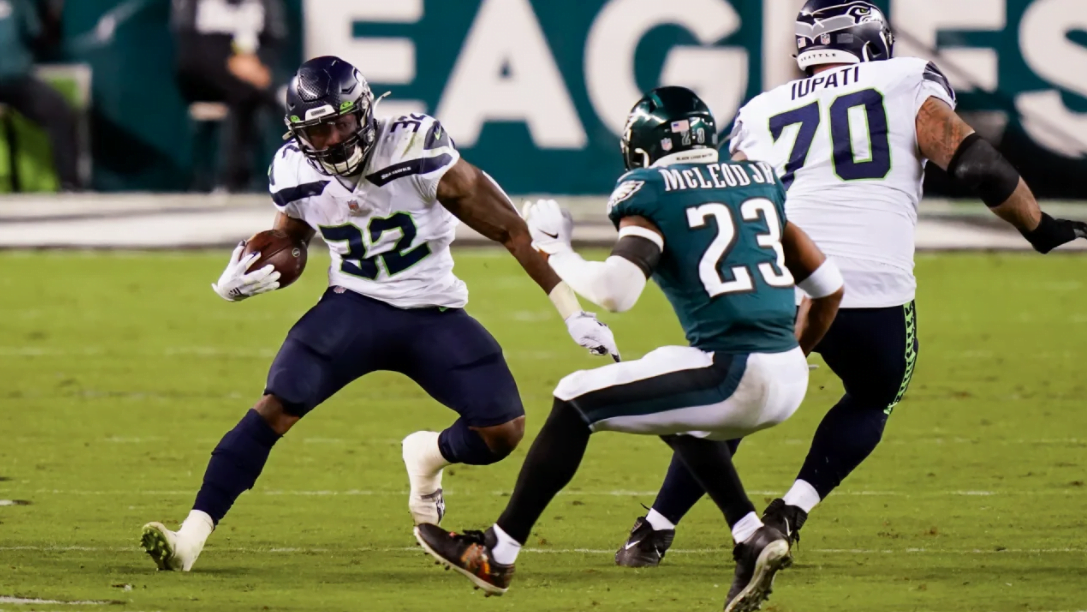 It was an eventful week for former Pokes in the pros. Let’s run through the highlights.

Chris Carson returned to action on Monday night after over a month with a mid-foot sprain. He showed no signs of rust with this strong run on the Seahawks’ second touchdown.

It appears the Seahawks were trying to ease him back into things, limiting Carson to just eight carries, but he turned those into 41 yards and that score. Carson also caught both of his targets for 18 yards.

Tyron Johnson made a splash in his first career game with the Chargers back in Week 4, running down a 53-yard TD pass from Justin Herbert. You couldn’t pick a better way to debut on an NFL field. But it was no fluke.

Over the next five games, the Bolts found ways to get the ball to Johnson sparingly, and it normally turned paid off with big returns. His first three career catches all went for over 50 yards.

Then he added two more catches, on a career-high four targets, for 63 total yards on Sunday as the Chargers fell to the Bills. His outing included this crazy Hail Mary grab.

How’s about these for some averages? Tyron is averaging 44 yards per reception and 27.5 yards per target. The sample size is still small, but he’s done plenty to earn more touches. If LA continues to feed him, expect plenty more highlight plays from No. 83.

For just the second game since Week 1, Ogbah did not record a sack on Sunday, as his Dolphins bounced back with a 20-3 win over the Jets.

But he was still able to get into New York’s backfield.

Ogbah is also effective against the ground game. His 22 run stops ranks 13th among edge players in the league.

After working his way onto the field in two games, the former Pro Bowl wideout inked a deal with the Baltimore Ravens. And he did so in style.

The deal is for one year at just over $1 million, and Bryant will be an unrestricted free agent in 2021. The Ravens’ matchup with the Steelers was postponed until Wednesday because of an outbreak of COVID-19 on Baltimore’s roster.

Former OSU lineman Lane Taylor suffered a season-ending knee injury all the way back in Week 1. But that didn’t keep him from being the Thanksgiving highlight of some less fortunate.

Taylor put his talents as an amateur pitmaster and cook to work and made a holiday dinner for a local homeless shelter.