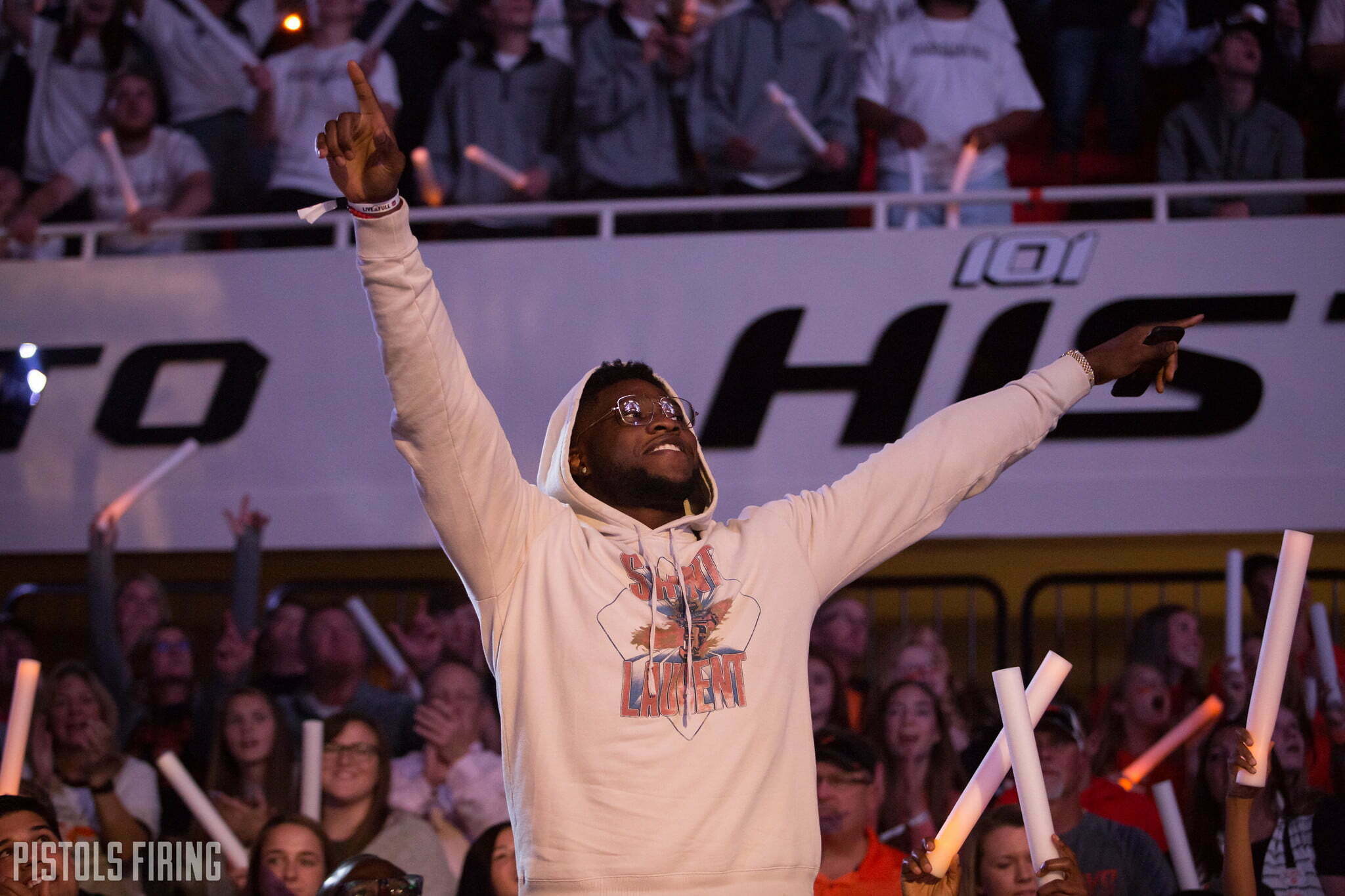 The NFL’s Week 6 was a bit short on Pokes in action thanks to a couple of teams on bye weeks, but the former Cowboys that did see the field made a splash.

Let’s get started with OSU’s former sack leader, who is making a splash at his new team this season.

On Sunday, the Dolphins shut out the New York Jets 24-0. You can credit a large part of Miami’s defensive success to Emmanuel Ogbah, who was a frequenter to the Jets’ backfield. Joe Flacco is probably still seeing E-Man out of the corner of his eye.

Ogbah pressured Flacco 10 times (😱) and sacked him twice, including this huge play for a 28-yard loss.

“A couple of plays before, I missed him on one. I just knew he wasn’t going to get away from me this time,” Ogbah told the Miami Herald. “I just saw him clear as day, so I just took my shot.”

For more on Ogbah’s big outing, let’s go to Twitter.

The Steelers eviscerated their division rivals, the Cleveland Browns, 38-7 on Sunday, and James Washington was responsible for some of the damage.

Late in the first half, Ben Roethlisberger found his third-year receiver sprinting wide-open toward the end zone, and the two connected for their second TD of the season.

And the end result, a reported Fresh Prince of Bel-Air impromptu celebration with JuJu Smith-Schuster.

Washington hauled in four of his seven targets for a season-high 68 yards and the Steelers’ only receiving score.

Rudolph Makes His 2020 Debut, Sort of

Sticking with that beatdown, the Steelers inserted Mason Rudolph for the first time this season. Big Ben’s backup entered the game with around eight minutes left and the Steelers up 38-7.

Rudolph completed just one pass for six yards before taking the knee to end the game. Notably, Myles Garrett was not on the field for the victory formation.

Justice Hill has fallen to No. 4 on the Ravens’ RB depth chart, now behind rookie rusher J.K. Dobbins. Hill missed the first few weeks as he rehabbed from injury.

He’s healthy now and has appeared in the last two games but only on special teams. Starter Mark Ingram left Sunday’s game with an ankle injury and did not return. If that does open up carries for Hill, it appears he will still be behind Gus Edwards and Dobbins.