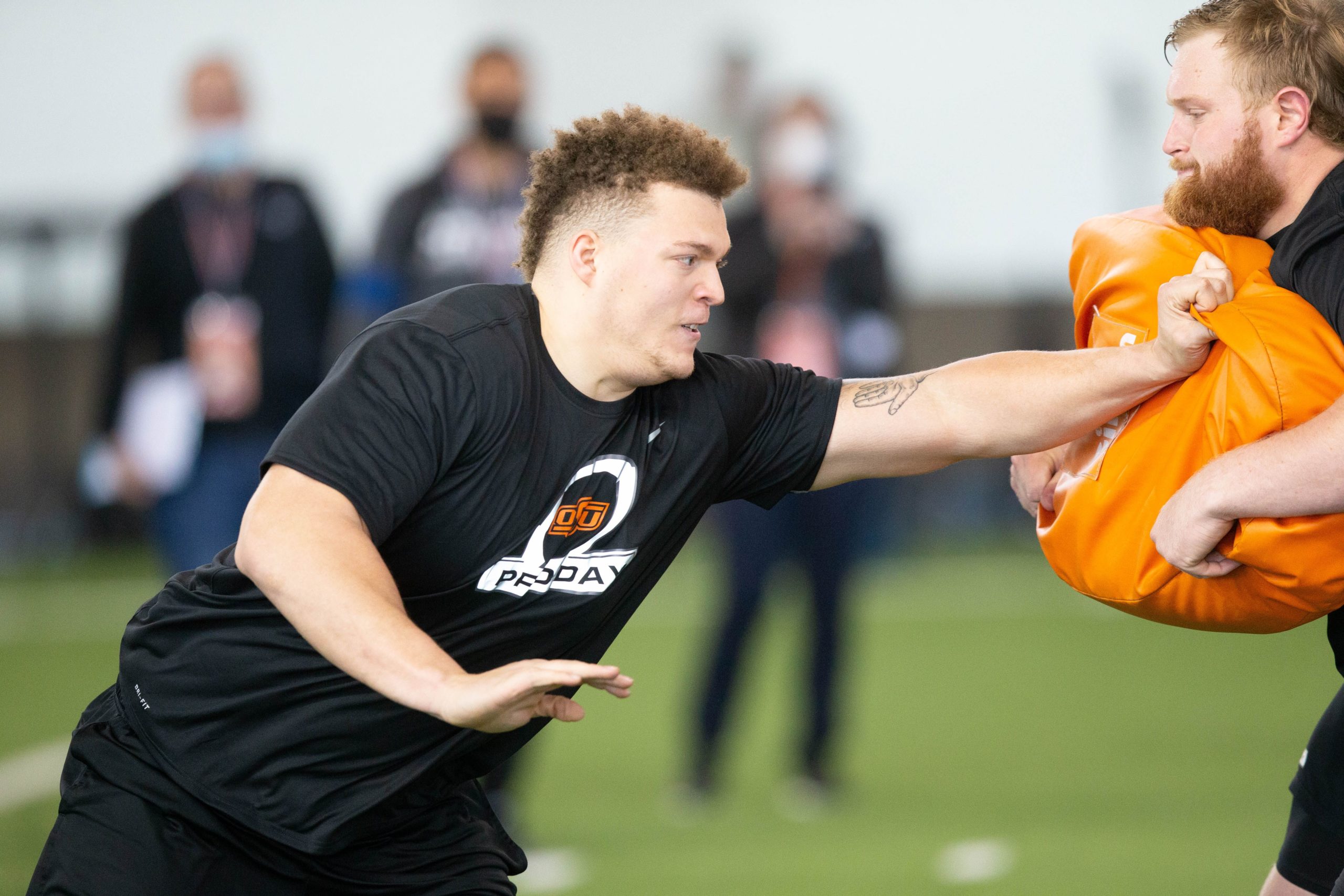 It was an eventful week for former Pokes in the Pros. Let’s take a look at some highlights and storylines concerning former Oklahoma State players in the NFL.

Before spelling Ben Roethlisberger, who tested positive for COVID-19, Mason Rudolph had yet to see the field in 2021, after starting eight games two years prior and just one in 2020. Such is the life of an NFL backup quarterback. When called into action against the Lions, he quickly knocked off any rust, turning in a productive outing, throwing for 242 yards and a touchdown.

And OSU fans got to enjoy this familiar sight.

Unfortunately, it wasn’t all pretty for Rudolph in his return. The game ended in a 16-all tie against a Lions team that came in 0-8. Rudolph completed just 30 of his 50 (!) pass attempts and also threw an interception. His career record as a starter sits a 5-4-1.

It looks like Rudolph could get another opportunity to get in the win column. On Tuesday, Pittsburgh coach Mike Tomlin said the Steelers were preparing for Rudolph to be the starter in Sunday’s matchup with the Chargers. Roethlisberger is still on the COVID-19 list and would need negative tests to be active this weekend.

Benefiting from his fellow Pokes taking snaps, James Washington earned a season-high six targets but was only able to reel in two of them for 15 yards and that score. It was his first touchdown since Week 13 last season.

Amen ended with two total tackles (both solo), two QB hits and that sack as the Chargers fell to the Vikings, 27-20.

Teven Jenkins Back At It

Chicago Bears second-round pick Teven Jenkins could see the field yet during his rookie season.

Jenkins underwent back surgery on Aug. 18 and was placed on injured reserve. But less than three months later, the rookie tackle returned to practice on Monday.

“We’ll have to really get him in here and see where he’s at,” said coach Matt Nagy to ChicagoBears.com. “It’s been a while since Teven’s put the pads on, so we’ll start there. That will be exciting for us to see where he’s at. I know he’s really anxious and excited to get out there.”

The Bears have 21 days to activate Jenkins from injured reserve.

Ogbah on an Impressive Batting Streak

Emmanuel Ogbah has not gotten to the quarterback quite as frequently as he did in a career 2020, in which he lead the Dolphins with nine sacks, but he’s still finding a way to make live hard on passers.

He batted down one of Lamar Jackson’s passes during his Dolphins’ big win over the AFC North-leading Ravens, a new trend for the former OSU edge rusher.

Ogbah has logged a pass defended in each of the last five games and has seven on the year to go with five sacks. On Thursday night, he also added two tackles and a tackle for loss.

Tyron Johnson’s enigmatic tenure in Jacksonville has come to an end.

The former Oklahoma State wideout enjoyed a surprise breakout season in 2020 with the Chargers, but the team did not retain him as one of its final 53 at roster cut time — to the chagrin of many Chargers fans. He was quickly scooped up by Jacksonville — to the delight of several deep-dive Jags fans — but only managed to see the field in six of the first 10 weeks and only drew five total targets. Once he clears waivers, Tyron will have the opportunity to land elsewhere.