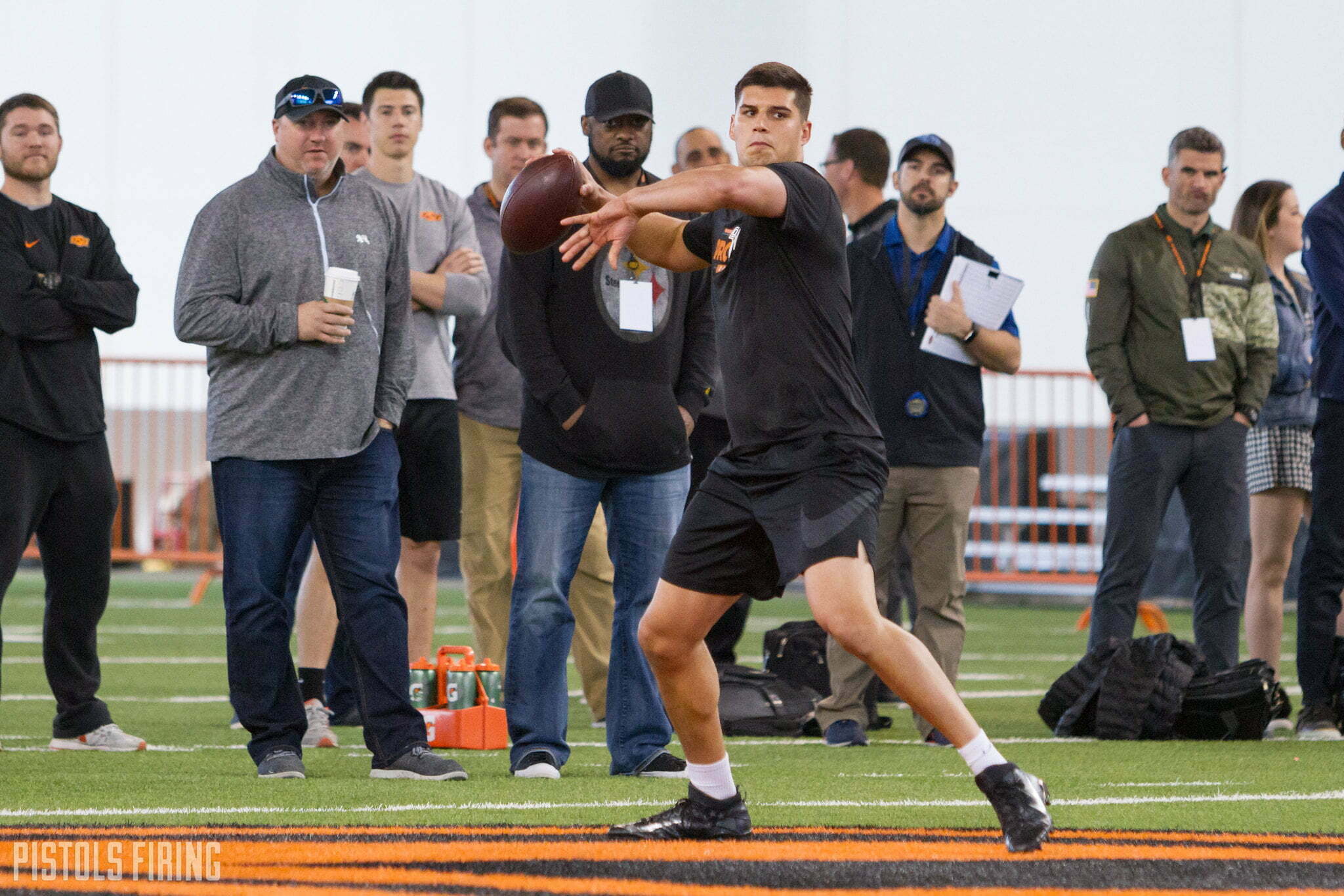 Mason Rudolph made his 2021 debut on Sunday in a matchup against Detroit which ended tied at 16. But it looks like he might get another opportunity to notch a win this Sunday when the Pittsburgh Steelers travel to Los Angeles.

Rudolph spelled Pittsburgh starter Ben Roethlisberger who landed on the COVID-19 list thanks to a positive test last week. Rudolph racked up 242 yards and a touchdown (to James Washington) in a game that ended in a tie, but with Roethlisberger’s status up in the air (needing a negative COVID test), Rudolph might get another opportunity.

On Tuesday, Pittsburgh coach Mike Tomlin, stated that the Steelers were preparing for Rudolph to be the starter in Sunday’s matchup with the Chargers.

“If we get to a point in the week where Ben has an opportunity to get to a moving train, that’s exactly what he’ll do. He’ll be capable of executing the game plan.” [ESPN]

Rudolph was unable to lead the Steelers to a win against a Lions team that came in 0-8, and he’s been panned by Steelers fans and talking heads. Rudolph completed just 30 of his 50 (!) pass attempts, threw an interception in the first quarter and missed a wide open Ray-Ray McCloud in the end zone. His career record as a starter sits a 5-4-1.

“We prepared the game for Ben last week, and Mason executed it,” Tomlin said. “There’s not a lot of significant differences. It’s not like Mason Rudolph runs a 4.4 and all of a sudden we’re going to start doing some run-pass options and things of that nature. It’s not as significant a discussion as one would imagine. It’s probably more likes and dislikes or feel-related things relative to the in-helmet perspective of the position.” [ESPN]

Roethlisberger is still on the COVID-19 list and would need negative tests to be active this weekend. But Tomlin left the door open for Big Ben to return stating, “We’ll definitely leave the light on for him.”