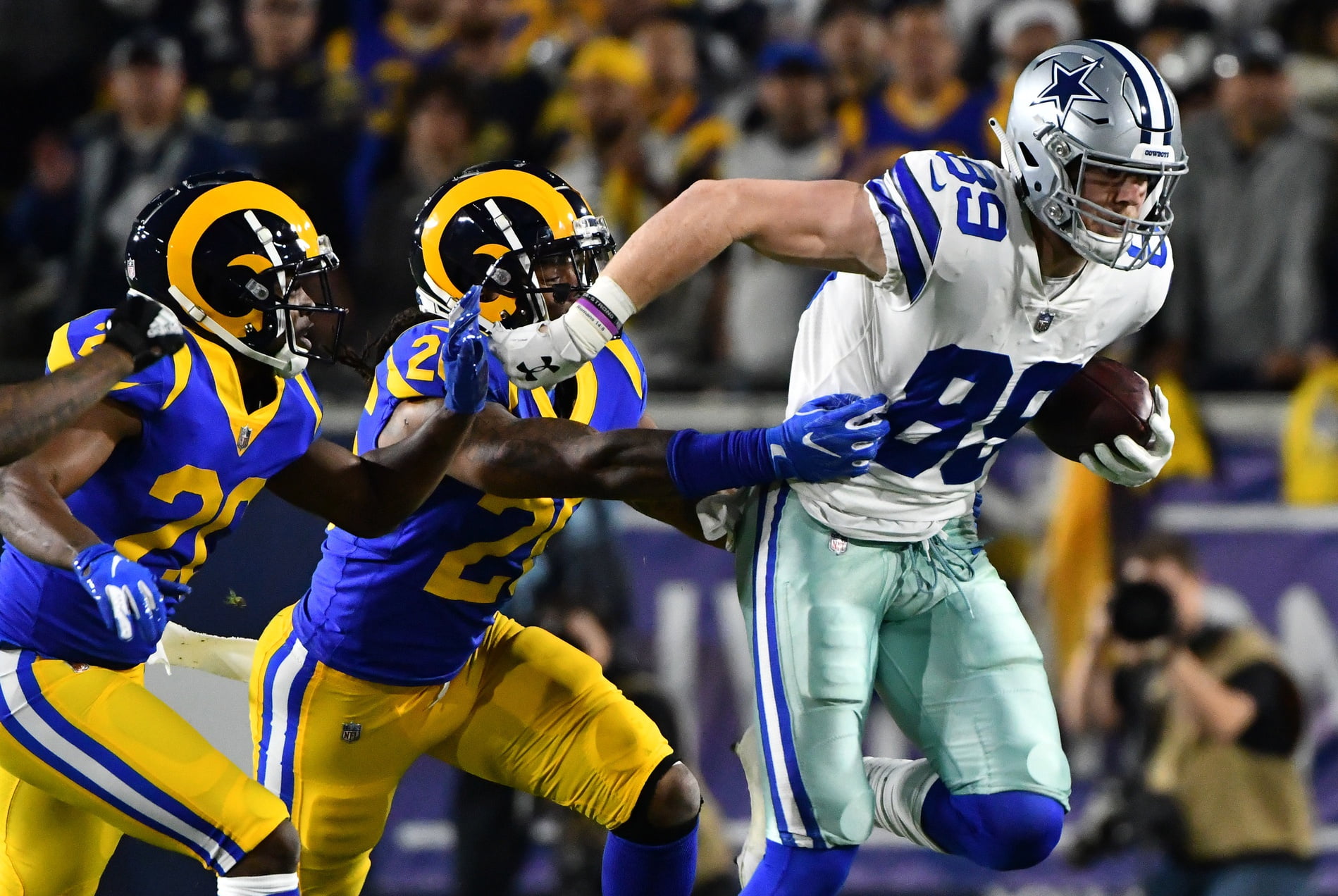 It’s been another fun year covering former Pokes in the pros, but with this past weekend’s divisional round playoff matchups, both of the remaining active OSU alums saw their seasons end.

Jarwin Fights Through the Pain

Blake Jarwin came into his second postseason game banged up nursing an ankle injury he sustain during Dallas’ wild card win over Seattle. According to Adam Schefter, Jarwin didn’t practice all week due to the injury, but he was apparently adamant about helping his team during their divisional round matchup with the Rams.

TE Blake Jarwin has a SERIOUS ankle problem. Didn't practice all week. But he's been BEGGING #Cowboys trainers to let him test it in #DALvsLAR pregame. Either way, expect bigger load for Dalton Schultz, Rico as 2, Noah Brown help and Cam Fleming in 13 Personnel.

And help his team, he did.

Blake Jarwin gets things going early with a first down catch that facilitates a #DallasCowboys opening-drive score. #okstate pic.twitter.com/8VKDnUkVIY

Jarwin saw a total of two targets and caught both for 17 yards, but the Cowboys came up short in Los Angeles.

Okung and Chargers Fall in Foxborough

The historic offensive season from the Chargers and Philip Rivers came to an enigmatic ending in Gillette Stadium. After falling behind 35-7 at the half, the Bolts staged a comeback attempt that fell short.

Okung talked about how hard that loss was to take and what he and his team can learn from it after the game.

Ahead of his divisional round game, Jarwin spoke with KOCO’s Bryan Keating about his breakout stretch toward the end of the season.

Great to chat with former @CowboyFB standout Blake Jarwin this afternoon before he heads to Los Angeles for the Cowboys playoff game against the Rams. Big thanks to @Jaws_47 for the time and here's to big things on Saturday night. pic.twitter.com/eWXFQzLjlW

After some fun runs from a couple of darkhorse candidates, the teams that most of us expected to make the Final Four have. I was actually a Chargers believer until the second quarter on Sunday. Tom and Bill and Bob and Gronk are tough to beat at home and find themselves one win away from yet another Super Bowl. We’ll see what Patty Nice and Tyreek have to say about that.

Both championship games will be must-see TV. A rematch of those two prolific offenses from NOLA and LA, has me salivating (and Dustin Ragusa sweating). We may not have anymore OSU ties to follow in this postseason — unless you count Dez in his Saints jersey on the couch and on Twitter — but this should be one heck of a finish.