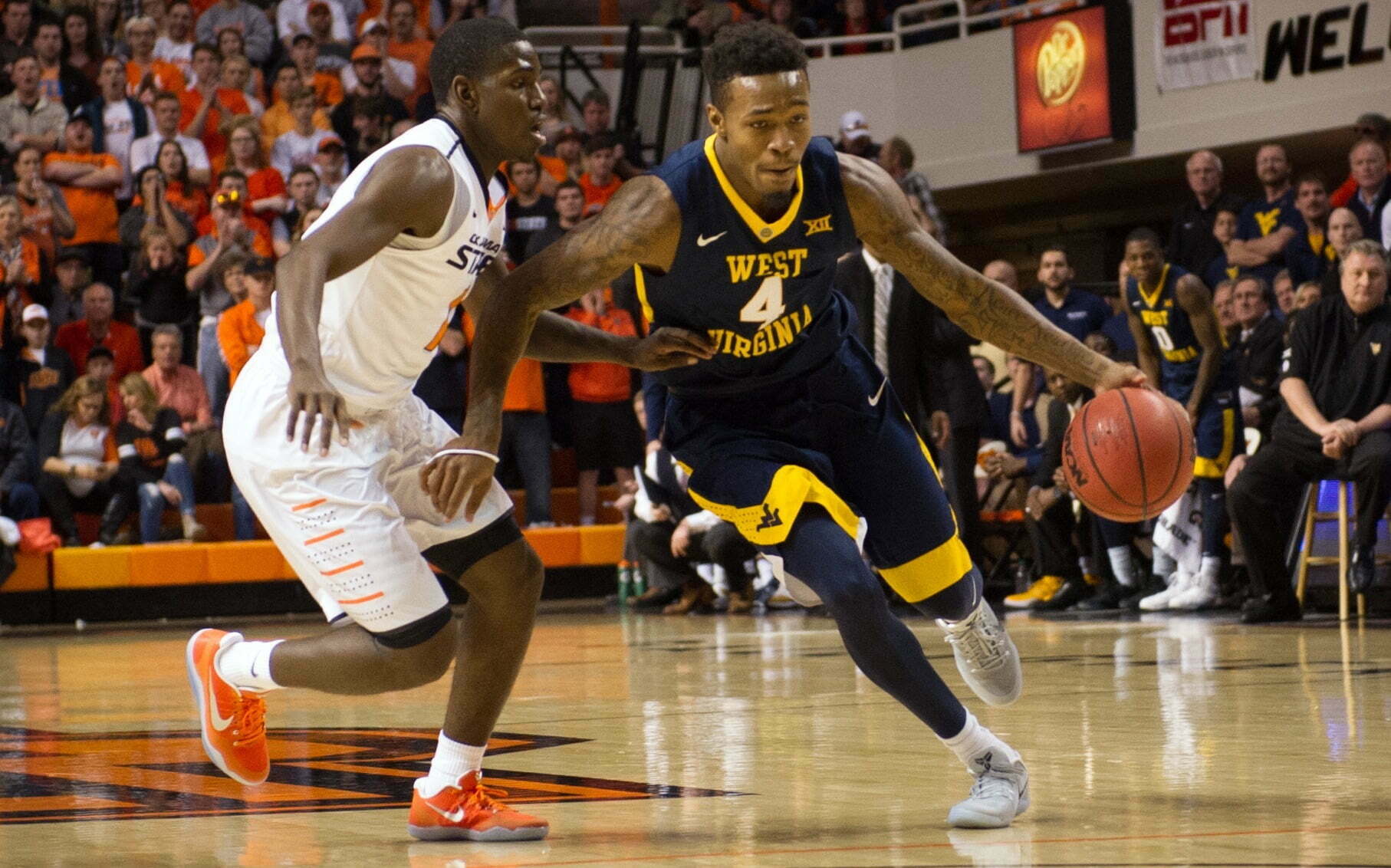 Oklahoma State fell to West Virginia on Friday afternoon 92-75 in its Big 12 home opener in Gallagher-Iba Arena. Kyle Cox wrote the five thoughts, but I’m taking notes on what was a disappointing start to the Brad Underwood Big 12 era.

• First of all, I can’t stress enough how impressive the GIA crowd was. Over the holiday. On a Friday afternoon. And it was sold out. That’s awesome, and I hope it’s not a one-off of everyone getting pumped about beating Wichita State and only losing to Maryland by one. I don’t think it is, and if not then Undie and Co. will get the support they need. They’ll also win. A lot. Eventually.

• Bob Huggins’ stool should go in the Smithsonian.

• Speaking of Huggy Bear, that man has been at WVU for 10 years?! Ten years?! I remember him at Cincinnati!

• West Virginia has some men on the interior. OSU does not. That wasn’t necessarily the difference, but I would like to swipe a few of those adults to go along with Cam McGriff for the Pokes.

This is like when you would play up a couple age groups in youth sports and get put in your place real fast. WVU has men. #okstate

• If you had “Davon Dillard will play in the first six minutes of the first conference game,” please raise your hand.

• I don’t love Jawun Evans’ hanging-in-the-air drives. It doesn’t feel like he has a plan. Sort of Marcus Smart-ish. It also feels like that’s a little spillover from the Travis Ford era. Not that Underwood doesn’t get blame for it, but old habits and such.

• The best compliment I can give West Virginia is that I haven’t seen OSU look so uncomfortable on offense all season. Lindy Waters, Brandon Averette and Thomas Dziagwa finally all looked like freshmen. It wasn’t pretty.

• I love OSU playing Averette and Jawun together.

• Speaking of Jawun, he had a career high 11 assists and his first-ever double-double. Of course he also had 11 of the 15 total assists Oklahoma State had on the night (which is not great).

• The announcers said OSU played 7-on-5 to prepare for this game which is awesome. Also one of the announcers kept calling West Virginia “Press Virginia.” I get the trope, but he called them that as if the NCAA had officially recognized that as a name change or something. Odd.

• I loved Underwood switching to Evans throwing it in on the press break. OSU got it back to him immediately and he was off to the races. Like so. Potentially unsustainable, but it looked good when OSU did it.

• Jevon Carter’s hairline and Nathan Simmons: Both relics from the 1990s.

• Did Daxter Miles play high school ball with Randy Moss and Jason Williams or is that just me?

• How many times did OSU toss it into press row? I haven’t seen such inaccuracy since Mason Rudolph tried to dump orange Gatorade on Big Daddy Gundy on Thursday night!

• Clip did not play well. He was 3/7 from the field and had six boards, but he also had five turnovers, and most of them were unforced.

• This is what Underwood wants to be eventually. • Every time I heard the name “Nathan Adrian” I thought of this guy.

• Me thinks Dizzy got a little dose of Big 12 reality on Friday. Doesn’t mean he won’t be a good Big 12 player eventually, but this is a big boy league, and it’s clearly going to take some time for him and the other freshmen to adjust.

•Leyton Hammonds was great. He had 10 points in the first half and plays as if he has made rebounding a priority. I hated wasting a great Hammonds game. He finished 7/12 from the field and had seven boards and no turnovers. He hit everything he looked at, and it was all for naught.

• It felt like OSU kept going backwards in the second half. On the press and on offense. There was little to no attacking.

• Don’t blame the refs: If OSU hits all its free throws, it’s a two-point game at the end. Pokes shot seven more from the charity stripe than the Mountaineers did.

• OSU has now lost nine straight games to teams ranked inside the AP Top 25. OSU is 57-126 against teams ranked No. 11 or better in the AP poll.

• This is a great photo.