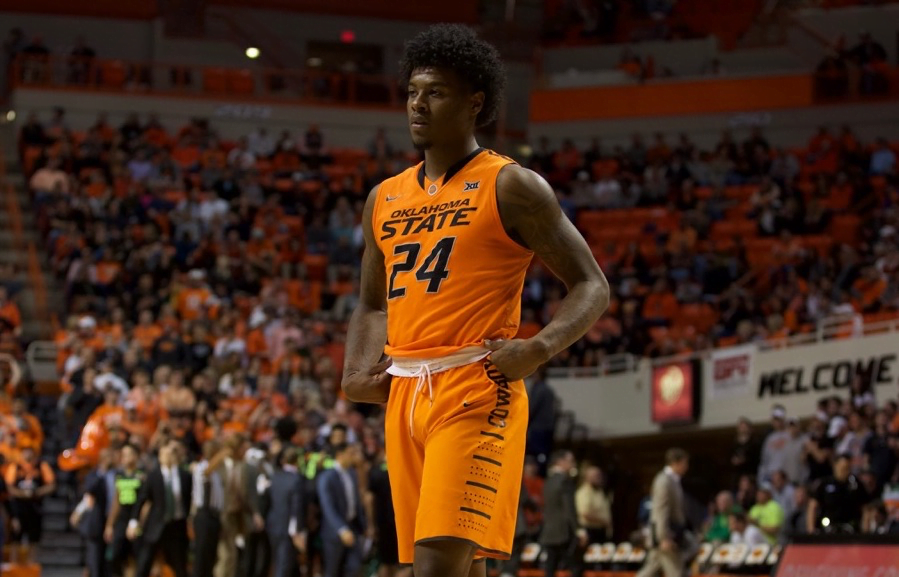 Well that was a bummer of a way for the streak to go. Baylor tried as hard as it could to pull an Atlanta Falcons at the very end with Jawun Evans assuming the role of Tom Brady. But the Bears were up by too many, and OSU ran out of time, eventually falling 72-69. Some thoughts on a wild one in GIA.

• OSU has beaten every team in the Big 12 in football and basketball since October 2016. It hasn’t beaten Baylor in either since February 2015.

Fan boasting is not what it used to be. pic.twitter.com/ieKVVrmLI1

• The Cowboys turned it over on just 9 percent of possessions. Baylor turned it over on 22 percent. That is astonishing. The difference in the game? Baylor shot 54 percent from the field and OSU just 43 percent. Also the Pokes got buried 36-25 on the glass.

• With the $8 million cut Baylor’s athletic department is taking, it’s going to be difficult for Scott Drew to round out next year’s class.

• Leyton Hammonds, where art thou? Zero points, one rebound, one turnover and three fouls. Here’s a real thing I wrote down: Leyton on Motley ?

• On the flip side, how crazy is Davon Dillard right now? Just a total dog. You could tell he had a few moments on Wednesday where he was trying to re-create his dunk from last Saturday (he picked a bad team to do that against). But Still, nine points, five boards and just one turnover. He’s a menace on the glass. Just a menace.

• Speaking of menaces, could we not have pried Big Country out of the donor seats to body up Johnathan Motley? The man took 12 shots, scored 24 points and nabbed 11 rebounds. He was un-guardable. Watching OSU’s poor bigs trying to guard him was like watching my three-year-old try to stop me from dunking a sweet potato in our kitchen trash can. Never happening!

• This is a bad matchup for Oklahoma State … if that wasn’t obvious. The Cowboys are a terrific offensive rebounding team, but they just could not get it going on the offensive glass (only rebounded 20 percent of misses — this number is usually 40 percent).

• Pokes hit just five threes (season low). It felt like they should have shot more because of the zone. Get all these long twos off my shot chart. • Jeffrey Carroll had 13 points at the half. This is the 14th time season – including 13 of the last 16 games – in which he has reached double-figures by halftime. He finished with 20 which is his 20th game with at least 20 points.

• I realized during the game that if you can get past the whole “Phil Forte has been in Stillwater for 38 years” thing, this OSU team is really, really likable (even for opponents). Jawun doesn’t preen, none of its stars woof. The least-likable dude is probably Dziagwa, and he never plays.

• I think Brandon Averette is my favorite player, by the way. I just love him.

• Good not great uni matchup. OSU needs shorter shorts (although I don’t hate the rolled waistband thing like some of you do).

• Has anybody else noticed how Big 12 refs think the game is won coming out of the halftime break? It’s like an automatic 10 whistles before the first media timeout in the second half!

• I thought the overall intensity was a little down for OSU (save the last four minutes of course). It was a little disappointing. I thought they could have attacked more on offense. Baylor was obliging with fouls, but OSU settled for bad jumpers.

• How quickly is Wainright going to check in at three spins after his career is over?

• OSU has faced AP top-10 opponents in back-to-back games for the first time since the 2004 NCAA Tournament. That’s crazy.

Brad Underwood joked he hopes #OKState doesn't see Baylor in KC, but "I’ll be damned if I think any team can beat us three times in a row."

• In addition to this, OSU seemed lackadaisical on offense. It didn’t run many of its sets, settled for long twos and seemed confounded by Baylor’s zone. It hurts not having a big who can really bust up the middle of the zone with a decent 12-footer, but it really felt like they lacked a plan for how to defeat Baylor’s length.

This is the one game where OSU should have reverted back to their pressing style the whole game. Probably win with it.

• Jawun being 7-17 was not great. He had a miserable first half (1-5 from the field). He should get 20 minutes on the treadmill for every two he takes with one foot on the three-point line. It looks pretty, but that’s not his gig.

• Boone will have more on this later because he covered the game for us in GIA, but that ending was so lit. So awesome. Such a throwback. It was loud as hell, and I hope it’s like that for each of the remainign four games.